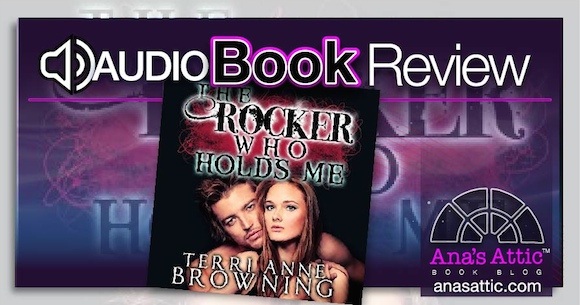 The Rocker Who Holds Me by Terri Anne Browning

Standalone Novella, 1st in a series of at least 12.

I was trying to read as many Wicked Book Weekend authors as I could, so when I saw that that Terri Anne Browning had her Rocker series on audible, I jumped on it! Plus, it was only 2 hours and 45 minutes, so I knew I’d finish in one sitting it while doing one of my lists, plus, it was only $1.99. Score! If you read The Rocker Who Holds Me in Kindle it’s about 100 pages, and it does stand alone.

Though it is a standalone story, I think The Rocker Who Holds Me is more of a prologue to the series. We meet the entire band, and Emmie, the center of it.

Ember is a broken little girl. Living in a trailer park, her drunken whore of a mom used her as a punching bag often. But she found best friends, brothers and protectors in 4 guys that were like 10 years older than her. They took her under their wing and took amazing care of her like she was their child even more than a sister. I did find some of the relationship a bit over the top. These rough teenage boys were too sweet. They all saw each other naked often, she sat in their laps a lot, it was a bit much.

“They saw me when I was 5, took me under their wing, protected me even though they were 10 years older than me. These guys were my family and it was my turn to take care of them.”

Now they are grown, and the guys are touring with their band Demon’s Wing, and Emmie is still the center of everything. She runs the guy’s personal and professional lives. She even kicks groupies out in the morning and gives them condoms. They all seem to be in love with her, but she only wants one, the lead singer, Nik Armstrong.

When Emmie gets sick though…things change and real feelings come out.

The narration on this was pretty good, enough to make me purchase the next as soon as I finished. The problem for me was the same narrator did the new character, in book two, so it threw me a little, especially because Emmie was such a big character in the second book.

Quite honestly, this felt like a first book. I mean there are 12 successful books in the series so far, so I know it gets better.  The Rocker Who Holds Me is a great quick introduction to the band and the main players, but it felt a little amateurish. That’s OK though, it was a quick, fun read and I immediately clicked The Rocker Who Savors Me.

Purchase The Rocker Who Holds Me by Terri Anne Browning 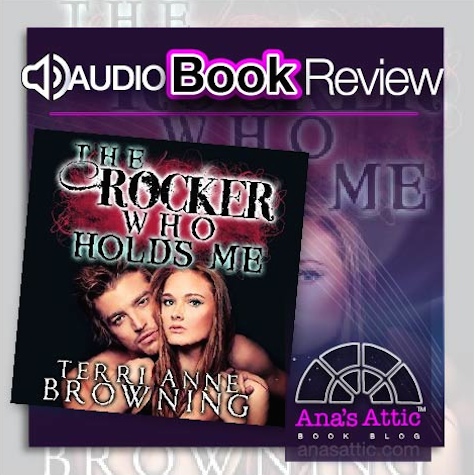