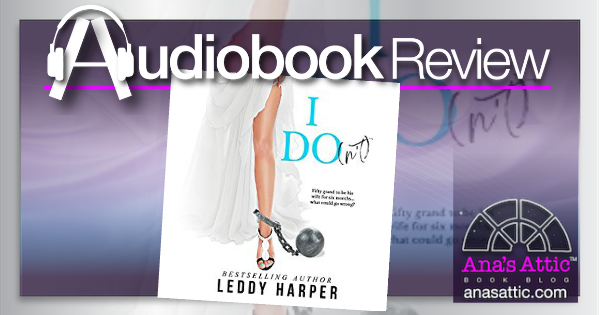 I Do(n’t) by Leddy Harper

I was so excited the day I Do(n’t) came out on audio! I have been dying to read Leddy Harper, and now that she is signing at Wicked Book Weekend, I was even more excited to read her.

Leddy has a talent with comedic timing, humor and banter. I smiled a lot while listening to the story and even chuckled out loud a few times. But to be honest, the whole storyline didn’t make sense to me. I mean I understood what was going on, but not really why.

“…had I known when I knocked on your hotel door after the wedding that what we did that night would end our friendship, I would’ve gone to my own room.”

Janelle has had a crush on her brother’s best friend since she was little. But the night of her brother’s wedding in Vegas Janelle got so drunk, she doesn’t remember a thing. including losing her virginity to her life-long crush. His feelings hurt that she didn’t remember, he told her what happened and took off, and they don’t see each other for 5 years.

Janelle went away to college like all of her (much) older siblings. She didn’t get home a lot over the next 5 years, partially to avoid Holden. But to pay back her student debts, Janelle goes on a reality dating show, where she gets a big cash bonus if she marries the guy on the show. There is only one problem. She has one major loose end to tie up at home.

When she confronts Holden about the problem, he basically holds her hostage. He feels she needs to be there because her family has major problems happening that they never told her about (and blame her for not knowing), so he makes her live with him for a few months before he gives her what she wants. But of course, you know what happens with things like this!

Though they both sounded familiar to me, according to audible, this was my first experience with both narrators, but I absolutely loved them both and thought they enhanced the story.

I enjoyed listening to the book even though a lot of the subject matter kind of pissed me off. I just couldn’t understand why she was treated so shitty by her family and why he would hold a secret like that from her for 5 years. That isn’t the mark of someone who cares about someone else. Still, the funny inner monologue and banter still made this an enjoyable read. I wanted so much to love it though, and just never connected and fell in love with either character.

Purchase I Do(n’t) by Leddy Harper 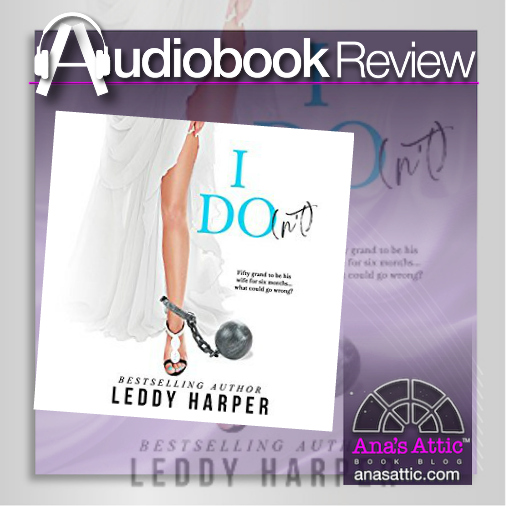