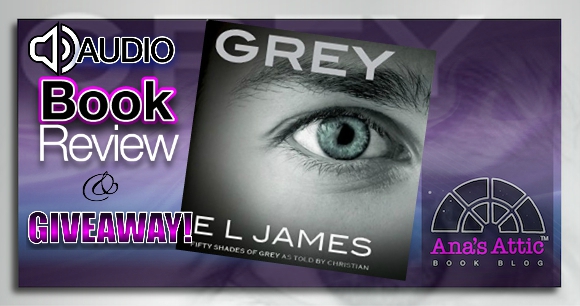 GREY: Fifty Shades of Grey as told by Christian

I know that people may think badly of the Fifty Shades books by EL James, but funny thing is, many of the people that do might not be popular authors today if it weren’t for the books. It was a genre-busting trilogy, making so many people start reading again, or move from Vampires to sexy Doms. It was the early stages of Indie publishing, and began the book blog craze. I know that I went nuts looking for books like Fifty and started my blog to share my finds. Though I am an #officialfifty blog, and I actually loved the movie. I wasn’t dying for this book because I don’t love the same book re-told, but come on, it’s Fifty! I had to one click. But I decided to get the audiobook. OMG…if you haven’t read it yet, you WANT it in audio! His voice! HOLY HOTNESS!

Almost 19 hours of pure sexiness. I could listen to him all day. (And I’ll just pretend I haven’t met his mom! Eeek!) I think I may have even liked this better than the original. Christian doesn’t have an inner god, but he does talk to himself a lot.

She peeks up at me and bites down on her full bottom lip.
Fuck! How did I not notice how inviting that mouth is?
“S-Sorry. I’m not used to this.”
I can tell, baby, but right now I don’t give a damn because I can’t take my eyes off your mouth.
“Take all the time you need, Miss Steele.” I need another moment to marshal my wayward thoughts.
Grey…stop this, now.

Grey actually really softened the character for me. His inner musings were so much more desperate than he ever let on in the original books. His confusion over the feelings he was having was much more endearing than the hard shell of a man he seemed in the original. But I must say, his dick was like a separate character in this book, and it got on my nerves after a bit. His cock concurs and agrees with many of his inner thoughts.

We see even more about why Christian is “fifty shades of fucked up” with a lot of flashbacks to his childhood, which all made him seem younger and more vulnerable in this book, but also more human…more real. In fact, there was a lot more humor in Grey than in the first one, as Christian’s inner thoughts were quite amusing at times. We were able to feel his excitement more, his bewilderment over his unfamiliar feelings, his need.

We got to see Christian at work…daydreaming about Ana, unable to focus, and it was nice to see that he really did have a job, (but no board in a company that big? I think not) and he was a great boss to his employees, another reason I found him softer in his version. He was written as very intelligent, with a formal smart way of speaking (I didn’t know a few words!) which made it even more fun when his boyish, fun side came out.

The sex! OH MY….THE SEX. So much hotter hearing it out of a sexy voice, I mean when he moaned, I moaned. Damn, I could listen to that guy read the phone book and get hot.

She has a small, sweet face that is blushing now, an innocent pale rose. I wonder briefly if all her skin is like that—flawless—and what it would look like pink and warmed from the bite of a cane.”

I really enjoyed the new material, but my god, not the contract again!!!! A few scenes were just rehashes, and I get that you need them to tell the story well, but I did not need to listen to the entire contract again, especially after seeing the movie twice. E-mails were repeated as well, but there were new ones added that I loved. 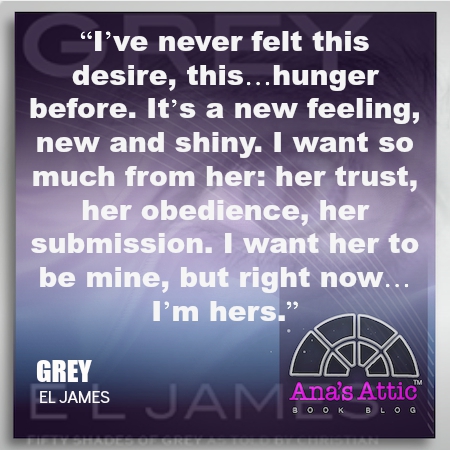 I think audio may be the only way to go on this book. Zachary Webber’s voice is so hot I could listen to him all day. The insights into Christian changed the series for me a bit, it humanized Christian and made him so much more vulnerable. There was a little too much repeat, but all in all I think EL James did a great job of making this seem new and fresh with mostly new material.

Audible has whisper sync so you can switch between reading and listening anytime. 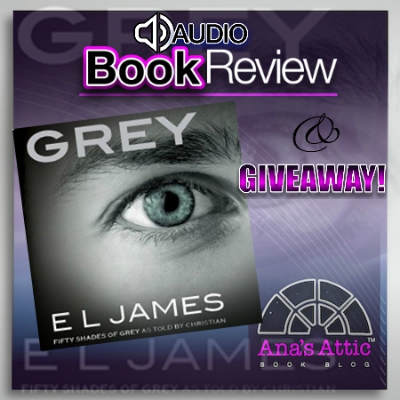