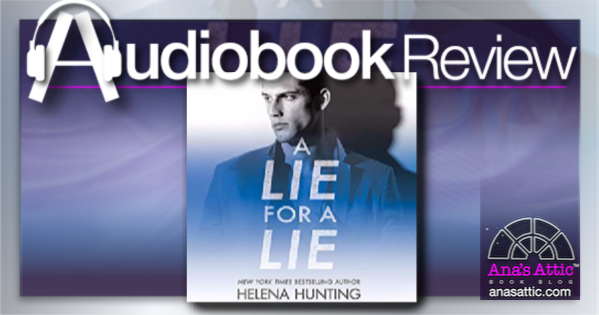 A Lie for a Lie: All In Book 1 by Helena Hunting

I listened to A Lie for a Lie by Helena Hunting back in October, but I didn’t review it right away because it was so similar to another book I was reading that I was confusing them. When I sat down to review it after a few weeks, my notes made no sense, so I re-listened and enjoyed it just as much the second time around. Helena’s characters and dialogue are the thing I love most about her writing, and this was no exception. However, I did have a few issues with the story, namely the lies! Silly me, I should have known with the title. 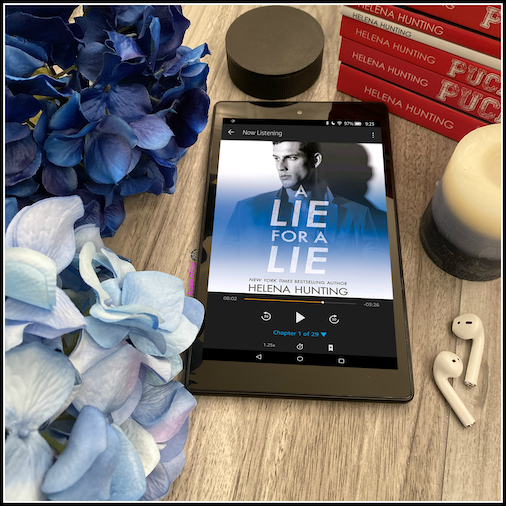 “Being a professional hockey player in Chicago is like being Britney Spears in Vegas.”

RJ is so ready to get away from it all and enjoy his annual fishing trip to the family cabin in Alaska with his brother. When his brother has to cancel, he goes alone. Lucky him, Lainey, who is doing some research in Alaska literally falls into his lap.

“On this plane I’m not the NHL forward and team captain with a history of being a player on and off the ice. I’m just a guy, and she’s just a girl.”

So he keeps who he really is from her. They practically live together for a month and he doesn’t tell her. And when he has to leave fast for a family emergency, he realizes he can’t get in touch with her. Lainey thinks he just left, and she has no idea who “he” really is to find him. Until they see each other a year later.

“My skin burns.
My heart stutters.
I should tell him my own truth.
But for now we’re tied: a lie for a lie.”

While I loved the characters and dialogue, I realize that this trope is really just not my favorite. I just don’t like liars. Now don’t get me wrong, I enjoyed it both times I listened, but I kind of got more annoyed at him the second time. She was a nice girl that didn’t give a damn about sports or money and he should have known that and told her! 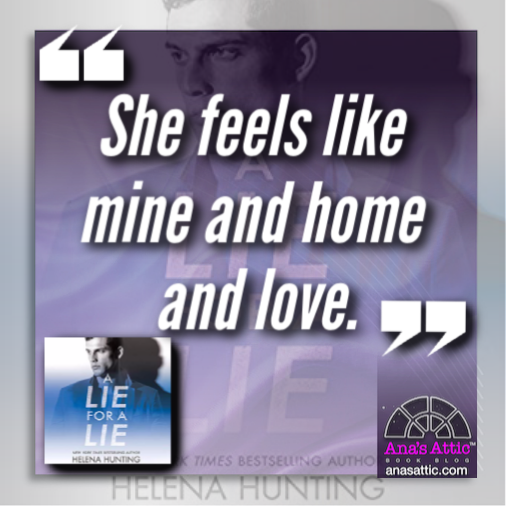 “I already let you go once, Lainey, and it gutted me—I don’t know if I can do it again.”

Jason Clarke and Stella Bloom were amazing, and I think they absolutely helped me to enjoy this book even more.

While I enjoyed a Lie for a Lie enough to listen twice, I also began to get annoyed with him for lying even more the second time through. There just wasn’t enough reason for him to not tell her. I still loved the characters, the romance the dialogue, and the narration, but I found it predictable and I now realize that this trope just isn’t for me. Still, I plan on listening to A Favor for a Favor as soon as it releases.

Purchase A Lie for a Lie by Helena Hunting

Both the Kindle and Audiobook are in Kindle Unlimited. If you don’t have KU, the audiobook is only $1.99 whispersync. 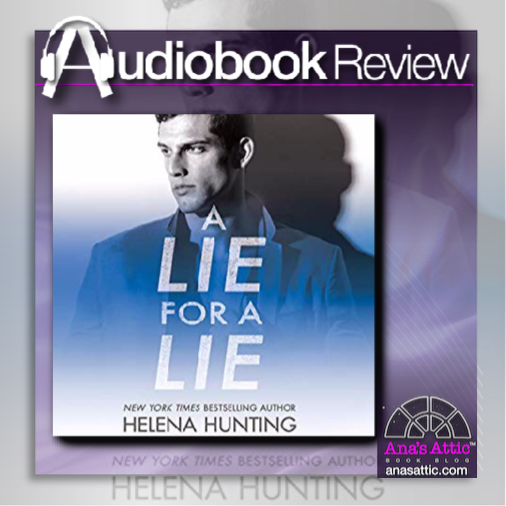