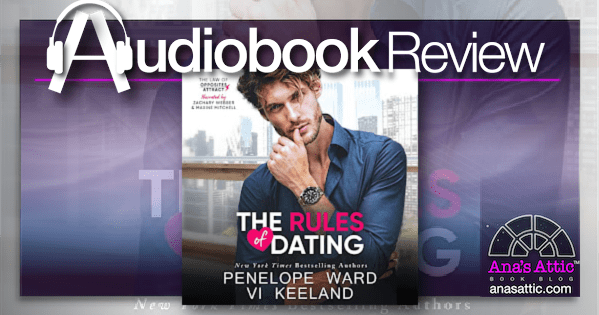 The Rules of Dating by Vi Keeland and Penelope Ward

Did you ever listen to a book and only half hear it? I feel like this happened the first time I read The Rules of Dating by Vi Keeland and Penelope Ward. Because when I went to review it, I just couldn’t remember it enough (I’m always a month behind on reviews) so I listened again and liked it so much more the second time around.

Billie (female) owns a tattoo studio and Colby is an architect who also co-owns the building her shop is in with his 3 best friends. Colby is a single dad to an adorable little girl Saylor, a surprise that was left on his doorstep from a one night stand.

Right away there is a spark between Billie and Colby, but Billie just ended a relationship (WOW, you’ll see that scene!). She also doesn’t want to jump into something with a single dad unless she’s really sure. But Colby has it bad and he looks for any excuse to bump into her.

The first half was a slow-burn friends-to-family romance, the second half, however, was angst galore! I do think the twist took up too much of the story and took away from the main couple. It could have been shortened and ended before going as far as it did, then the wrap-up was a little too neat and tidy.

“That’s how I know this is real. Because true love is when you both feel like you’ve found someone you don’t deserve.”

Maxine Mitchell and Zachary Webber were both absolutely perfect for the roles and I think their performance made the book even better.

I listened twice to The Rules of Dating by Vi Keeland and Penelope Ward. I love a single dad book, and I really loved Colby. Billie took a little more time to warm up to but I loved her so much in the end. Saylor, Colby’s little girl, completely stole my heart, and the narrators made her extra adorable. I did feel the angsty part went on a little too long, but I still loved the book in the end and hope we will be reading about some of the side characters soon.

Purchase The Rules of Dating by Vi Keeland and Penelope Ward 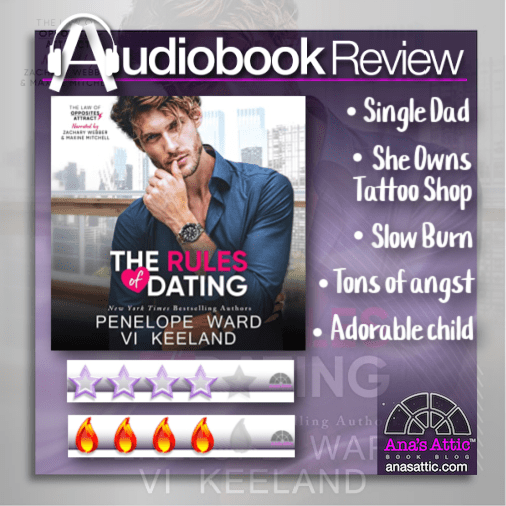