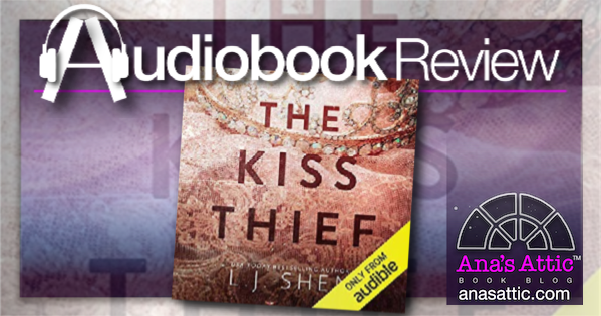 The Kiss Thief by L.J. Shen

I think this may be a case of right book/wrong time or wrong person, because The Kiss Thief by LJ Shen is on so many best of 2019 lists for people. I can’t put my finger on why (but I will try), but it didn’t really work great for me. I think a big part may be timing. I read a newer book right before this that had a very similar storyline, so it didn’t feel as fresh and new and different to me, and I’m just kind of over the whole New Adult virgin thing.

When these young girls fall for guys that treat them like shit and are assholes, I just want to tell them to run the other way. I am too mom-like for books like this, I think. Maybe I am too jaded. I have seen guys in real life that start as assholes and they all go back to being assholes eventually.

That being said, The Kiss Thief was beautifully written and had a bit of a historical feel to me.

“I was born into a gilded cage. It was spacious, but locked, nonetheless. Trying to escape it was risking death.”

Francesca was an 18-year-old girl who had never been kissed. She was waiting to be with the boy she loved since childhood, but her father, a mob boss, gave her to someone else. Someone who stole the first kiss she was saving for another.

“They say your first kiss should be earned. Mine was stolen by a devil in a masquerade mask under the black Chicago sky.”

Wolfe was a total dick, as are most alpha-holes I usually love, but I found it a bit more creepy-mean. He just never won me over.

“I sucked in a breath, realizing for the first time what we were. A story of a Nemesis and a Villain with no chance at a happy ending. Where the prince doesn’t save the princess. He tortures her. And the beauty doesn’t sleep. She’s stuck. In a nightmare.”

When I grabbed The Kiss Thief, it was because so many people were saying it was one of their favorite books of the year. I went in completely blind, without even reading the blurb, and just found it a bit too ‘new adultish’ and too reminiscent of the 2012/2013 after-Fifty books that all seemed to have this same feel. I would have loved this back then, now I’m just kind of over it.

I usually love Savannah Peachwood but I didn’t love her for Francesca. She made an already dramatic book a little too over-the-top dramatic. Stephen Dexter was great as Wolfe but all-in-all, perhaps it was the dramatic narration that held me back from loving it.

The Kiss Thief by LJ Shen is one of the best selling and highest rated books in the Kindle store, so when I saw it was in the Audible Romance Package I couldn’t click fast enough. I had super high expectations and didn’t even read the blurb or any reviews. Perhaps I should have because honestly, the virgin who can’t control her physical reactions around a man she hates is something that I am just over in romance books. Perhaps I am getting too old, but I wanted to tell Francesca to run the other way, maybe I’m just too much of a mom now. It was a well-written book but reminded me of a historical and a 2012 era New Adult novel in one, and I kept hoping I would love it, but sadly never did. I think in this case I would have enjoyed reading it more than listening because the narration was very dramatic and made the whole story a little too over-the-top in drama for me. 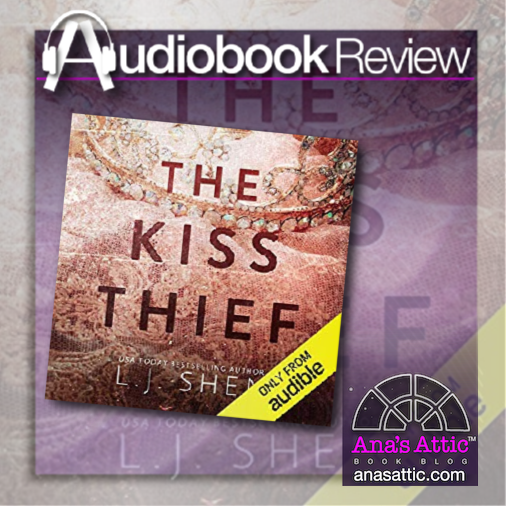