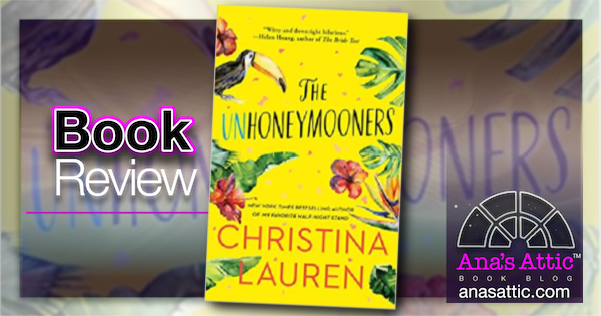 The Unhoneymooners by Christina Lauren

*Looking for a quick review? Skip to the Down & Dirty*

The writing duo of Christina Lauren has been a winner for me in recent years. I absolutely love their fun, real-feeling romantic comedies, and The Unhoneymooners is no exception. In fact, when I got near the end I had to put it down because I read it so fast I wasn’t ready for it to end. 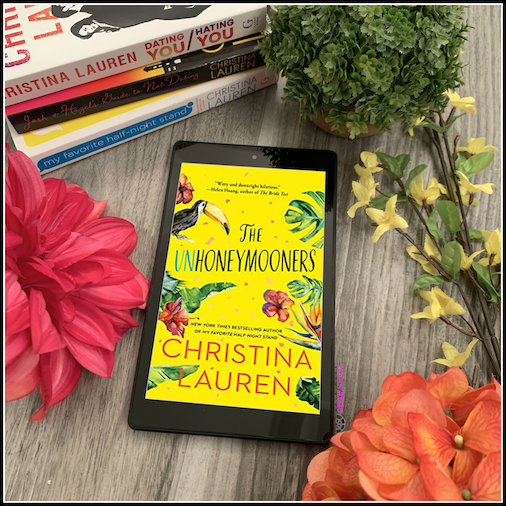 Olive and Ami are twins that couldn’t be more different in personality. Ami is the “beautiful”, lucky, happy sister who wins everything so much that she has learned to enter every contest to win free stuff—including her wedding and honeymoon.

“Whereas Ami is a four-leaf clover, I have always been unlucky.”

The free seafood buffet Ami won gives everyone a horrible case of food poisoning except the two who didn’t eat it,  Olive and the groom’s brother, Olive’s nemesis, Ethan. Since they are twins, Ami gives Olive her free 10-day honeymoon in Hawaii, and her husband gave his trip to his brother. 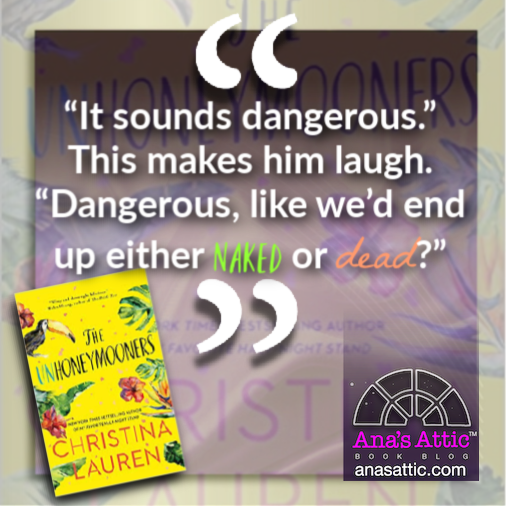 But seriously, who would turn down a free all-inclusive trip to Hawaii? They will just avoid each other as much as possible and enjoy 10 days in paradise. Until they realize they need to look like a couple, especially when some surprises come along.

“I find myself smiling in the direction of the living room, and realize that staying firmly on Team I Hate Ethan Thomas is going to be more work than it may be worth.”

Ethan and Olive’s hate-but-really-like banter was adorable, and it is one of my favorite things Christina Lauren writes. But there were a few little issues I had. One part that I was very excited about was that the heroine was a bit plus-sized (or so it seemed). Her feelings about her weight and her curves made her seem plus-sized, but in the end, it seemed like the only thing big was her boobs. That part of the storyline just kind of fell away in the end.

It also felt a little like 2 books in one. We get the funny light romcom for the first half, and an angsty, more serious 2nd half. I would have liked a little more lightness in the second half and a little more serious in the first to even it out. Still, I really loved the connection between Ethan and Olive. I liked that we were only in Olive’s head, so we got to know Ethan as she did. I haven’t seen a single POV book in a while and it was refreshing.

“It was the kind of kiss that feels like fucking.” All the air is sucked out of my lungs, and I’m left staring up at him, speechless. I was expecting him to say something safe, not something that would send my libido spiraling out of any controlled orbit.”

I love Christina Lauren’s romantic comedies and The Unhoneymooners was no exception. Hate-to-love is one of my favorite tropes because I love banter, and there was a lot of it here. The Unhoneymooners was a slow burn that had two pretty distinct parts, Hawaii, which was all fun and flirty and filled with build-up, then the part where they get home, which was much more serious. Told almost all from the heroine’s POV, it was a nice change to not know what was going on in the hero’s head, and to learn his feelings with Olive. At first we are led to believe that the heroine was a plus-sized latino character, and while yes, she was Mexican, it seems that the curves she mention are only in her bra, and that part of the story, sadly, didn’t really materialize.

Still, The Unhoneymooners is another solid romcom from Christina Lauren that I can wholeheartedly recommend.

Purchase The Unhoneymooners by Christina Lauren 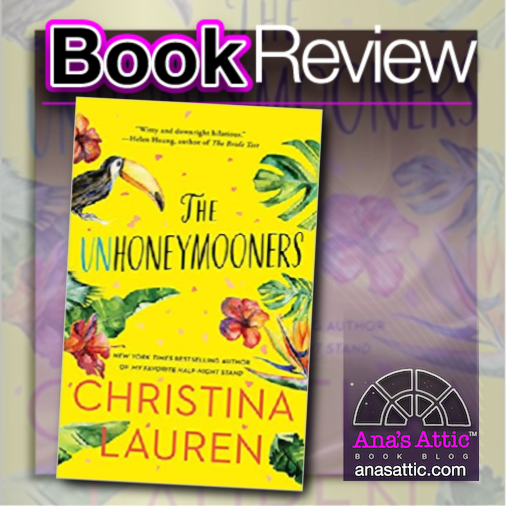