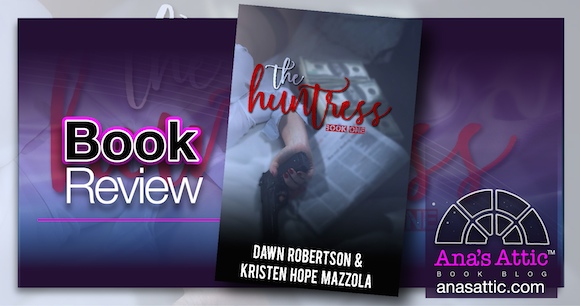 The Huntress by Dawn Robertson and Kristen Hope Mazzola

Dawn and Kristen want to warn you: this is not for the faint of heart! But if gore, violence, and extreme sexual situations are your cup of tea, this is the read for you.

Well, honestly that kind of warning would normally turn me away from a book, because honestly, I prefer a happy book, but then I think of some of my old favorites, especially the old paranormal books I have read and gore and violence are nothing compared to zombies ripping hearts out, right? What was really out of my comfort zone in The Huntress was the fact that it’s part 1 of 3. But Dawn Robertson and Kristen Hope Mazzola have been on my TBR list for so long, and I have only read short stories from them, so this is a great way to kill two birds with one stone…haha, kill being the operative word. 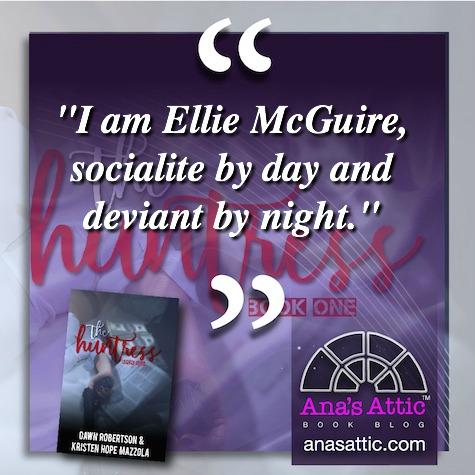 Ellie was rescued as a young girl from her drunk driving mother by a police officer who placed her with a very wealthy friend who could give her anything she wanted. She was raised by the handsome playboy millionaire, Theo McGuire, and a loving caretaker. Theo was above the law in many ways, and he had more of a friendship than a father/daughter relationship with Ellie. But Ellie spent years fantasizing about marrying him, and when she was of age, they both started having other fantasies. But this isn’t a step daddy book, and those fantasies could never leave the confines of their home since they are known to all as father and daughter.

“Our relationship is an odd one for sure…It’s a mixture of the brother-sister relationship many step siblings often develop with a hint of the inappropriate–although when we step out into the public eye, no one would ever know. For all intents and purposes, he is my father…”

Ellie also helps to run a charity with two friends, one, Seven, you may recognize from Dawn Robertson’s Hers series; the other, Suzanne, is a sub married to a lying, cheating asshole. Ellie is also a high profile attorney. But from the age of 18, she has been trained to be the “Black Widow”; a hitwoman for the rich, and she only hits the bad.

“I don’t feel bad about being a hitwoman because I know each one of these people deserve everything they get; call me the Dexter of the high profile.”

She isn’t only a lawyer and hitwoman, she is also a kinky fucker.

“At one point in time I have three dicks inside me. I ride Calvin while Joseph fucks my ass and Shane fucks my mouth.”

I actually liked Ellie’s story a lot, and I would like to have seen a few more cases she took on before the final, ‘different’ one in this story. I don’t want to give anything away, so this is really hard to review, but when we get Remy’s POV and Suzanne’s POV, there was just too much of a change in focus from Ellie to Remy, and I just didn’t feel like there was enough background for Remy and Suzanne to justify the change in focus to them.

I am finding it hard to rate part one of a 3-part story. I kind of feel like just as I was getting into The Huntress, it ended. I  really liked the development of Ellie, and the first half of The Huntress was really good. But the first person in Remy’s head changed the focus of the story a bit and I felt like the second half needed more development and a longer build-up. I feel like it may have been a little rushed to the climax. But given that there are two more books in the series, that may rectify, and I reserve the right to go back and change this rating to be higher if the new additions more fully develop the story. Dawn and Kristen know how to write a strong and sexy heroine, and I can’t wait to read more about Ellie in the next two installments.

Rating: 4 stars (but may be re-rated higher when the next installments come out), Heat – 4.75

Purchase The Huntress by Dawn Robertson and Kristen Hope Mazzola 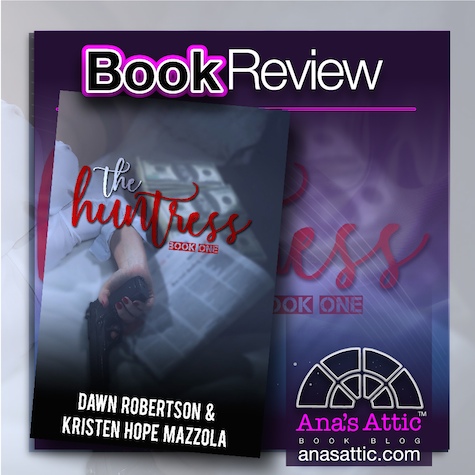