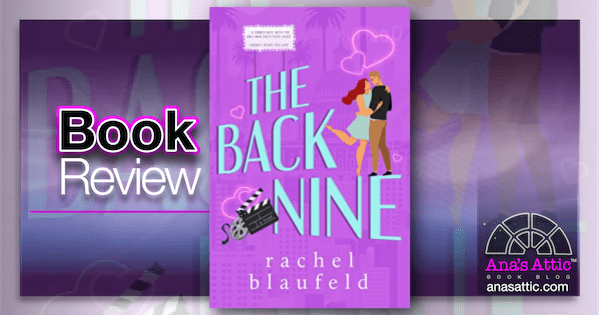 The Back Nine by Rachel Blaufeld

First in a Series. Stands Alone.

I requested The Back Nine by Rachel Blaufeld from Net Galley because I noticed it was about an older couple, which is my favorite now that I’m in my fifties, and I enjoyed the other book I read by her.

Ford and James (Aka Jamie) were close childhood friends even though they were from opposite sides of the track. Ford’s nanny was best friends the Jamie’s mom, so the kids played together all the time. James always crushed on Ford, but she was poor, a little chubby and had frizzy curly red hair, and she never felt good enough for Ford’s upper class family.

They spent one amazing night together the night they graduated college, then Ford ghosted her. For 20 years.

Now he’s back in town because his dad is in the hospital, and who does he run into? Jamie. He almost doesn’t recognize her because she slimmed down and straightened and dyed her hair. But he remembers, and he wants his old James back

“Aren’t we a little old for that?”
“You need to cut it out with that. We’re not too old for anything… Is there a rule book?”

Ford is a famous Hollywood producer, no kids. His sister Billy is a famous actress, no kids. James is a hospital administrator, no kids. So it kind of feels like none of them has a lot of baggage, except for Ford’s mom, who is completely horrible, and it bothered me that Ford tolerated her at all. We learned very little about the intervening 20 years, so I never really felt that passage of time,  felt them missing big chunks of each other’s lives.

I enjoyed The Back Nine by Rachel Blaufeld. It’s rare to find books about older couples and I so appreciate when an author writes a sexy one. I’m curious to read Billy’s story, and I hope that’s next, because I will grab it.

Purchase The Back Nine by Rachel Blaufeld 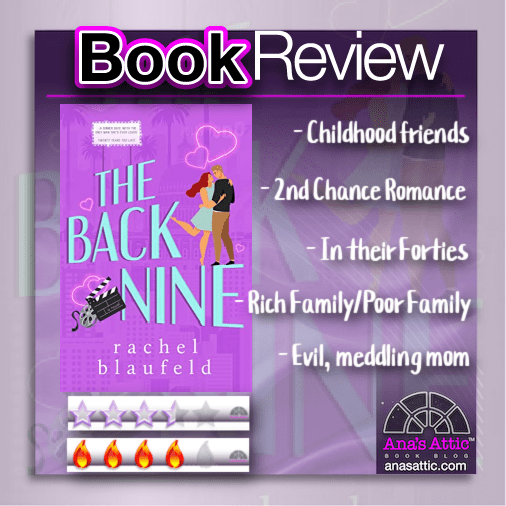