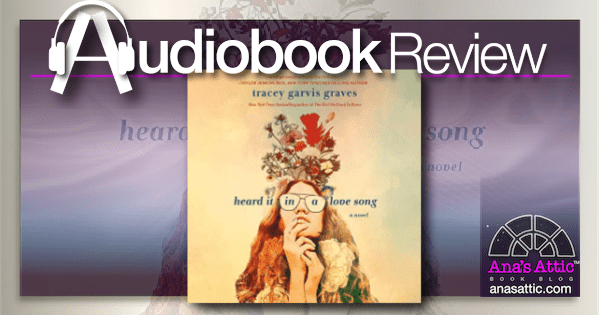 Heard it in a Love Song by Tracey Garvis-Graves

As someone who recently got divorced after a 29 year marriage, I really appreciate reading about older and divorced people finding love again. Tracey Garvis Graves has written some of my favorite books, so I was very excited to read Heard it in a Love Song. As someone who loves music and is the mom of a musician, I was even more excited about Heard it in a Love Song.

Sadly it didn’t live up to my high expectations. Let me tell you why. Layla, 35, is recently divorced. She was the singer in a popular local band, but due to her marital problems she needed a steady job, so now she teaches music at the local elementary school. Josh is the dad of a student. He is newly separated after almost 20 years of marriage.

The romance is very slow burn. In fact, I’m not sure this was actually a romance, it was much more women’s fiction. The story is told through a ton of flashbacks to both of their marriages. And when I say a ton…I think there were more flashbacks to their previous relationships than there were scenes of the couple currently together.

Told in third person, I had enough trouble connecting to the characters, but just as I would be getting into it, suddenly the scene would change and I’d be in one of their pasts. Without the physical cues of italics, I felt like I had to figure out where I was all the time. Besides that, I enjoyed their story, but just didn’t need to know so much about their exes.

Heard it in a Love Song by Tracey Garvis Graves is more about the personal growth of the two main characters. It was about them moving on and finding themselves, and I did enjoy this part very much. But while we needed some background to base this growth on, I would have rather spent more time in the present.

Andi Arndt was great at this but I think with the 3rd person narration, she wasn’t utilized to her full abilities. I think this book would be easier to read than listen to because it is hard to tell when you are in a flashback or not when you listen vs having the visual cues of italics or bold when you read it.

Heard it in a Love Song by Tracey Garvis Graves was an OK listen. I put it down easily to read another book I was excited for, but I did go back and finish because I really liked the characters and music references. But the way it was told in flashback just kept on feeling like a distraction from the story rather than adding to it.

Rating: 3 Stars, 4 Narration (I honestly don’t remember if there was sex on the page.)

Purchase Heard it in a Love Song by Tracey Garvis Graves 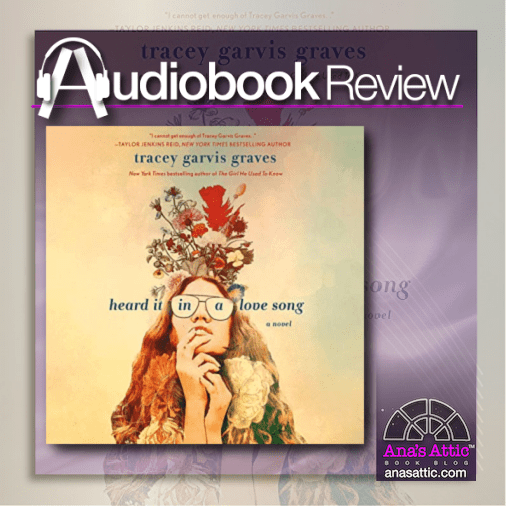