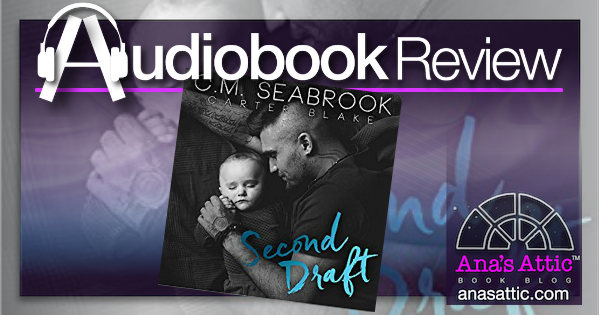 I wanted to read and listen to as many Wicked Book Weekend authors as I could before the signing, so when I saw Second Draft by CM Seabrook on Audible, I grabbed it without reading the blurb. I can tell you, if I read the blurb first, I most likely would not have listened to this one, so I am glad I went in blind because I really enjoyed it! I listened to this almost a month ago at this point, so this review will not have the detail I usually have. But I feel I need to tell about the story a bit so you don’t jump to conclusions from the blurb.

“I’ve never believed in love at first sight, or fairytales, but I’m pretty sure this woman is a whole lot of everything that I need.”

Carter is a hockey player turned sports journalist, but this was not a sports romance. He saved a girl on the street that was almost got hit by a car while reading a Vi Keeland book. The connection was instant and electric. They then meet again and he gives her his number, only it was the wrong one. For a year he couldn’t get her out of his mind but he had no way of finding her again.

“A year of fantasies, a need I couldn’t shake. I obsessed about her, wanting to possess every sweet innocent inch of her perfect body. Consume her until there wasn’t anything left.”

Carter has a house that he lets his fuck-up younger brother live in for free because he is always on the road. A year after meeting her, he heads to his house to stay and finds Layla, the girl he connected with, living there. But there is more…one drunken night, Travis, the little brother, took advantage of his drunk roommate, Layla, and knocked her up.

“What terrible luck, that the man I’ve been fantasizing about for the past year is the brother of the man I’m ready to strangle right now. The man whose baby I’m having.”

There are no feelings between them, it was one drunken mistake that she can’t even remember. Layla has had a really rough life with no family at all to depend on. She can’t have feelings for her baby daddy’s brother, can she?

“Because what man in his right mind would be interested in a woman carrying another man’s baby? Especially when that man is his brother.”

I don’t read stepbrother books, I don’t like sharing type of books, but this wasn’t anything like that, and I never felt uncomfortable with the topic. 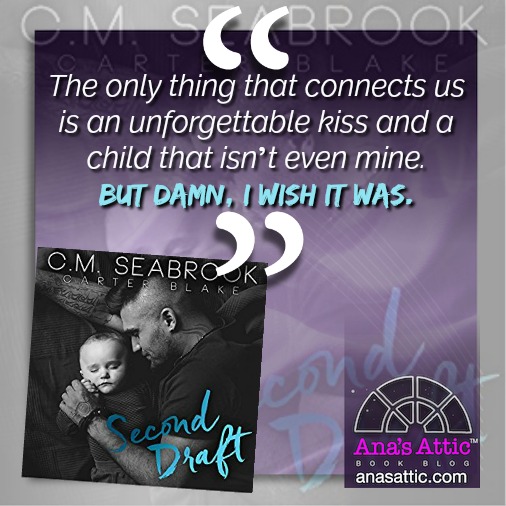 This dual POV book was all narrated by Addison Spear. She did a pretty good man, so her narration neither added nor detracted from the story. I would have loved a sexy man voice for Carter though.

Second Draft was a very quick listen that offered a lot of story in just over 4 hours. It was a pretty unique storyline that I would normally shy away from but I thought it worked just fine here. The hero was swoony and the heroine had a good reason (in her mind) to resist him. All in all it was a very satisfying read, and I will read more from Ms. Seabrook. 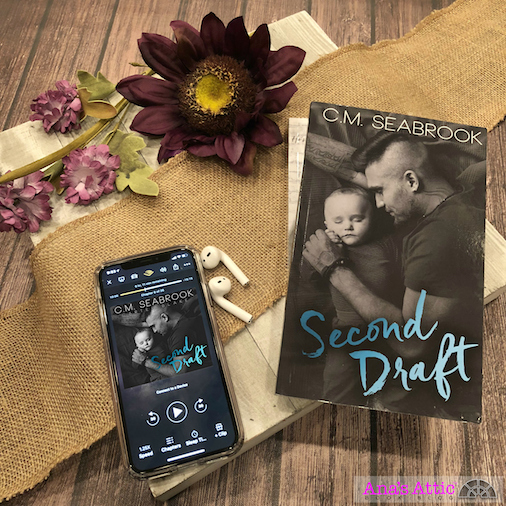 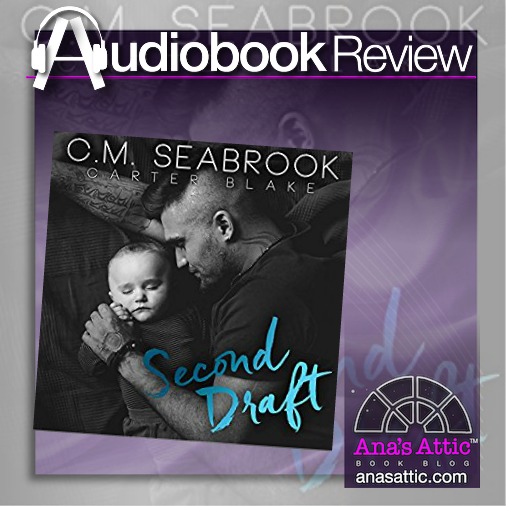