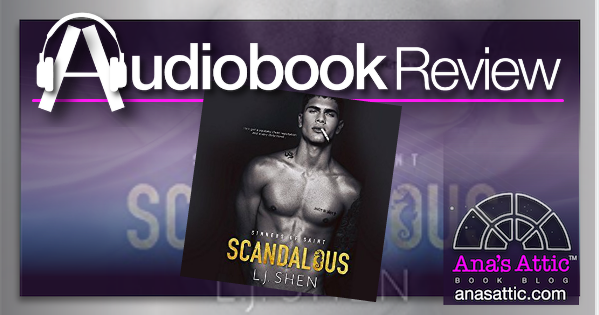 Towards the end of 2017, Scandalous by LJ Shen was all everybody was talking about. But because it is fourth in a series, I didn’t grab it. Then in December it was on so many Best of the year lists, I decided to give it a chance as a standalone, and I’m so glad I did! Now I get why it was on so many lists.

Scandalous was compellingly dirty, dangerous and forbidden. I shouldn’t have liked it, but I did.

“I wanted what was forbidden, and wrong, and fucking crazy. I wanted my partner’s daughter, who was nearly half my age.”

Edie was a kid! 18 years old and most often acted like a bit of an 18 year old brat. But she’s a lot more than that. She’s been brought up wealthy but was cut off by her father and he blackmails her to keep her in line. She lives to surf and has to steal to make ends meet. But one day, she steals from the wrong man.

“I should warn you, Edie. I’m not the prince in this fairy tale. I’m the villain. The poisonous apple, the flame-breathing monster.”

Trent Rexroth is double her age. They call him “the mute” because he speaks very little and he’s hard as nails. He’s also Edie’s father’s partner and enemy. When her father makes her go to work with him, the electricity between them can’t be denied. She is no virgin, she is barely legal, and she makes it very clear what she wants from Trent.

“Trent Rexroth wasn’t a crush. He was the very thing that’d end up crushing me if I wasn’t careful.”

Trent is one scary dude. But he has a four year old daughter who doesn’t speak. At all. Yet when she meets Edie, she communicates with her, and they hit it off instantly, almost a miracle in Trent’s book. He loves his daughter more than anything.

“My daughter was beautiful and the world was ugly and I didn’t know how to help her. And it killed me like cancer. Slowly. Surely. Savagely.”

But Edie did help her, making her that much more attractive to him. But Edie is the enemy with another agenda…or is she? 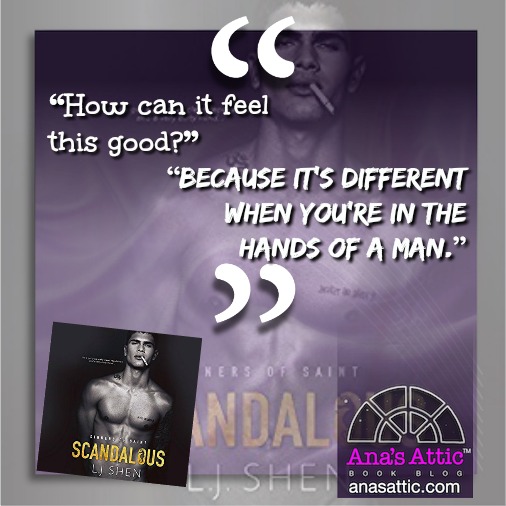 Let me tell you, once they get together, he never treated her like a kid again.

“I fuck rough .” He shoved one finger into me and I arched my back, gasping from the sudden penetration. “Deep-throating is a requirement, not an option”— he shoved a second finger into me—“and I’m about to fucking ruin you for any other man. So when the time comes and no one else can compare to me, just remember— you asked for it.”

I thought the narrators were perfect for the parts they played. She sounded young, and he sounded scary and sexy. The narration enhanced the story.

I added Scandalous to my Best of 2017 list at the last minute. I started it in 2017, and finished right when I started my list and I was so glad to have another surprise book to add, and from an author I have never read as well. This was a true surprise, especially because it was part of a series that I never read! If you like your books a little gritty, dirty and forbidden, filled with lust, lies, suspense, and passion, this very unconventional romance will keep you riveted. 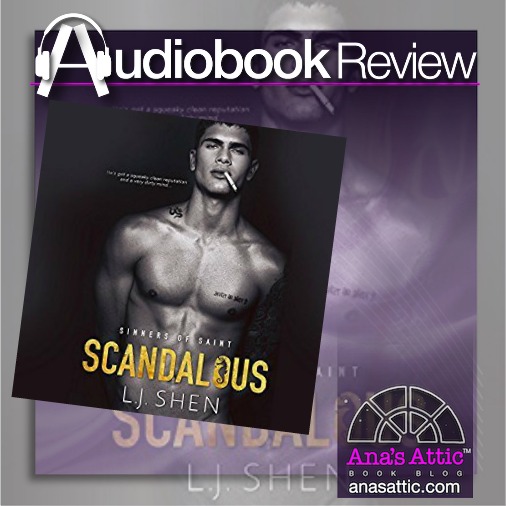