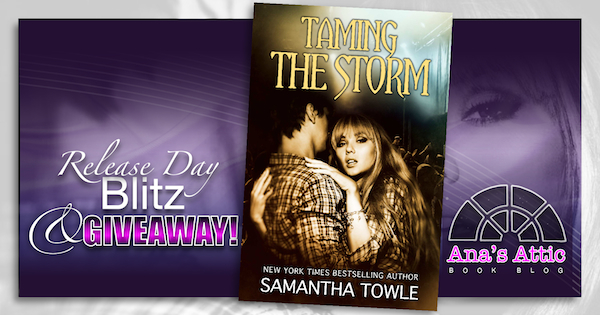 You have no idea how excited I was to read Tom’s story! The Storm Series by Samantha Towle is one of my favorites, and today we get Tom’s story!

MY REVIEW AND CHARACTER INTERVIEW WILL BE UP TOMORROW

First of all, if you haven’t read The Mighty Storm and Wethering the Storm, seriously, you have to! Now we have Tom, the total man-whore’s (otherwise known as Mut) story.

Her father has let her down her whole life. Her brother betrayed her in the worst way possible. And her past relationship experiences with men have been less than great.
Lyla is focussing all her energy into her band, Vintage, so when they receive an offer to sign with TMS Records, it seems that things are finally turning around for her. The last thing she wants is a man getting in the way.

When tragedy befalls his best friend, Tom finds himself making a promise to the big man upstairs – he’ll change his ways, if he saves the woman his best friend loves.
Tom’s prayer is answered. Now he has to change. Which means no sleeping around.

After Vintage’s manager breaks her leg skiing, Tom steps in as tour manager, and Lyla finds herself on tour with the man whore of rock.

But an unexpected friendship is formed. A closeness neither of them expected. Putting one chastity belt and one lamp that is in desperate need of rubbing, to the test.

Will the sex storm that is Tom Carter, finally find himself tamed by the rock chick with a hardened heart, or will he go back to his womanizing ways…?

Awesome fan-made trailer by Cris Hadarly at The Book Avenue! 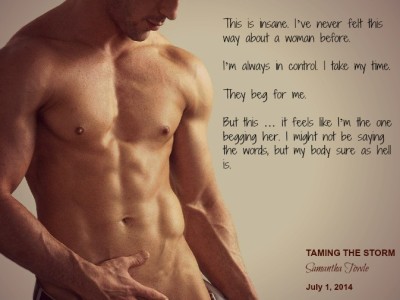 Samantha Towle is a New York Times, USA Today, and Wall Street Journal bestselling author. She began her first novel in 2008 while on maternity leave. She completed the manuscript five months later and hasn’t stopped writing since.
She is the author of contemporary romances, The Mighty Storm, Wethering the Storm, and Trouble. She has also written paranormal romances, The Bringer and The Alexandra Jones Series, all penned to tunes of The Killers, Kings of Leon, Adele, The Doors, Oasis, Fleetwood Mac, Lana Del Rey, and more of her favorite musicians.
A native of Hull and a graduate of Salford University, she lives with her husband, Craig, in East Yorkshire with their son and daughter.

It’s Halloween! How will you be celebrating diff