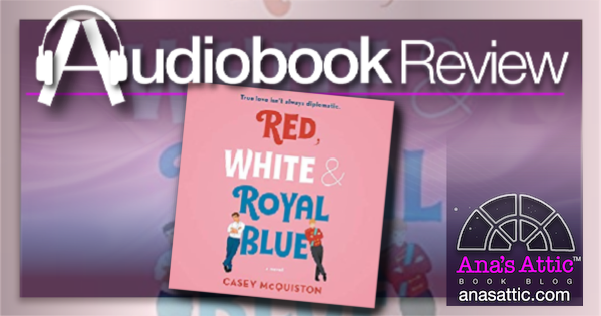 Fresh and relevant, fun and unique, Red White and Royal Blue by Casey McQuiston is blowing up with amazing reviews. I had to see what the hype was about, so I got the audiobook. If any book could benefit from an ensemble cast of narrators, it’s this one, despite the story being told in 3rd person. Ramon de Ocampo did an OK job, especially switching between the two men, but there were a lot of side characters, and I found the audio very hard to tell who was talking.

“I’m the son of the first female president. And I’m not white like she is, can’t even pass for it. People will always come down harder on me.”

First son Alex Claremont-Diaz is 21, half Mexican, and handsome. He, his sister and the VP’s daughter are all around the same age and make up “The White House Trio”, all working to get their ticket reelected in 2020. The beginning of the book seemed kind of slow to me, introducing all the characters as well as their security detail, and I had a hard time following the dialog between them in the audio version.

Prince Henry is about the same age as Alex but Alex can’t stand him and his stuffy British ways.

“‘Arch nemesis’ implies he’s actually a rival to me on any level and not, you know, a stuck-up product of inbreeding who probably jerks off to photos of himself.”

When their rivalry causes a mishap, they need to smooth things over with the press, and they are forced to spend time together and pretend to be friends. But pretending turns into an actual friendship, and the two start keeping in touch across the continents. Oh, the e-mails! I loved them so much!

When Henry and Alex kiss, Alex realized he was bisexual for the first time, and I really enjoyed reading his feelings about it. But Alex’s mom is trying to get reelected and the race is very close. What kind of problems would coming out cause the campaign and his own political aspirations? And as for Henry, would the Monarchy ever accept a gay prince? 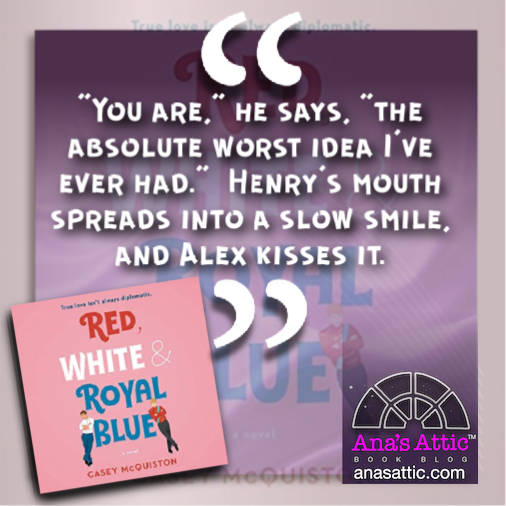 “Thinking about history makes me wonder how I’ll fit into it one day, I guess. And you too. I kinda wish people still wrote like that.
History, huh? Bet we could make some.”

My biggest problem with the book I think was when the 6 friends were all together, it was so hard to follow on audio, so I had to stop and make a list of the players. Here is a quick breakdown of the main characters.
•Alex: Mexican-American bisexual first son, going into politics himself.
•June: Mexican-American first daughter. More of the leader of the group.
•Nora: the VPs granddaughter and Alex and June’s BFF. She is geeky, bisexual, a hacker, and totally funny.
•Henry: The stuffy Prince of England. 100% in-the-closet gay.
•Bea: Henry’s sister, former drug addict (possibly bi too?)
•Pez: Flamboyant fashionista who seems gay but isn’t. Henry’s best friend.
•Rafael Luna: A Senator
•Cash, Amy and Zahra are all Secret Service or working on the campaign.
•Prince Phillip: the actual heir to the throne and Henry’s older brother.
•President Ellen Claremont: Democrat President of the US, Alex and June’s mother.
•Leo: The President’s 2nd husband and Alex and June’s stepfather.
•Senator Oscar Diaz: Alex & June’s Dad 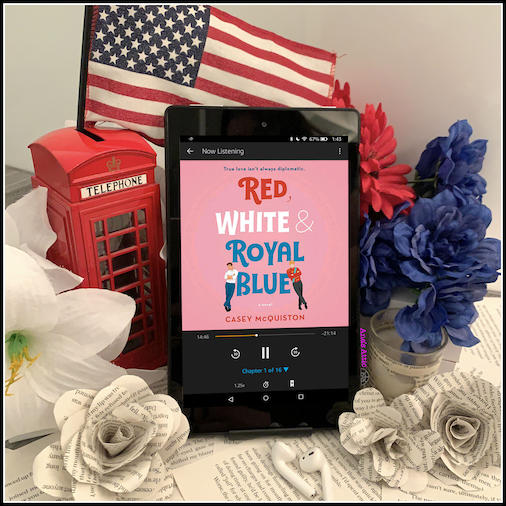 I think the narration took away from the book and I wish I read instead of listened. There were too many characters with too much dialog to be able to follow easily. While Ramon de Ocampo did a pretty good job of switching voices and accents, I did notice several times that he used the wrong voice for a line here and there. If ever a book needed an ensemble cast this would be the one.

Red, White & Royal Blue has all the makings to be a hit. It’s fresh and different. It’s modern. It’s relevant. It’s fun. It has a wonderful message of inclusiveness with the understanding of the consequences. But I think the narration, for me, took away from the story. There were a lot of characters and I had a hard time following along with who was speaking. The beginning moved a bit slow for me, but the last third of the book was amazing. Though this is definitely an adult book with some sexual scenes, the actual sex is fade-to-black which I think works fine for this and will help it appeal to the more mainstream reader. I loved the characters and the storyline was just perfect. I see why everyone has been talking about Red, White & Royal Blue, but I think the narration held me back from being as blown away as everyone else.

*Note: while taking the photo I started listening again, and now that I know the characters I am enjoying it even more. Though the beginning is still a bit of an info overload – I can see why I had trouble following, because it’s a lot even the second time. 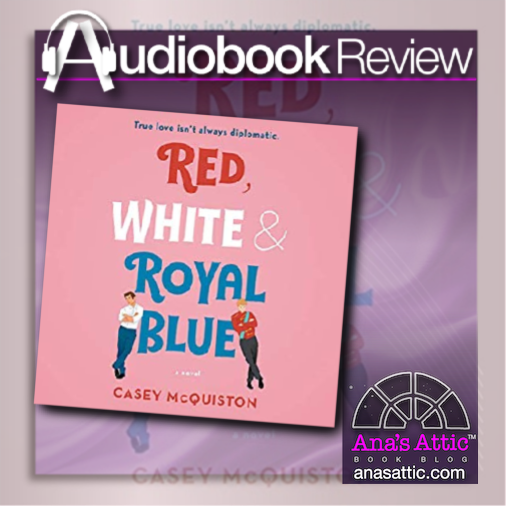