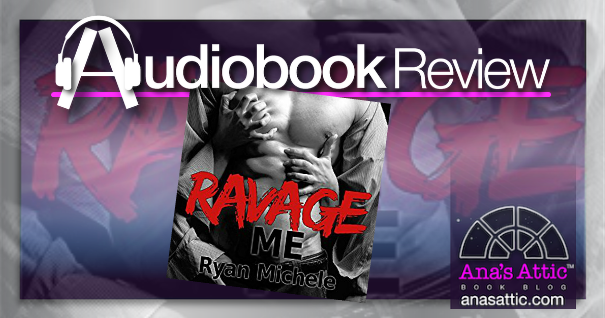 Ravage Me by Ryan Michele

1st in a Series of MC books but can stand alone.

I’m not a huge Motorcycle Book reader. I have loved 3 series, but others I tried just seemed like copies. But it had been a while, and I never actually listened to an MC book, so I picked up Ravage Me by Ryan Michele.

HOLY HELL! A LOT was happening in a short time. I’m a little torn on how to review this, as the book is almost 4 years old, and I have heard that Ryan Michele has gotten way better since then. I can see her talent here, there was a lot I liked. But a lot seemed like a caricature of all the MC books rolled into one.

Harlow “Princess” Gavelson is the daughter of Ravage MC’s VP and just got out of jail for 2 years. She lets you know she is tough as shit and nobody messes with her by getting on her bike as soon as she returns and “rides” it to orgasm in front of the whole club, including her dad and brother.

“I may have a pussy, but I ain’t one. I’ve got bigger balls than most guys out there. Even though I’ll never be a member of the club, because it’s not possible, I always hold my head up high. I learned at a very young age that bitches didn’t ever get patched in, and I accepted that, but I’d be damned if I acted like some pussy motorcycle club princess.”

Harlow also beats the shit out of people. She is desperate not to be a club whore so she swears she will never get involved with anyone in the MC. That is, until she meets Cruz and his adorable kid.

“Let’s go over what I know. You’re strong; you met me blow for blow, stood up to me when no other female would even dare, you’ve got balls of fucking steel, and know how to take care of yourself. And you’re good with my kid, who’s already taking quite a liking to you. Fast. Yeah. But that’s how I live my life. I see it. I take it. I’m taking you.”

All of the sudden, she is claimed. Huh? Here is this tough-as-fuck chick that takes no shit from anyone, and suddenly she is an old lady and a mommy who knows her place and knows not to get involved in club business. It seemed to be a complete personality shift to me, and she let Cruz completely whip her.

Now as for the biker story, it included EVERYTHING you’d find in a biker book: club whores, sex, falsely imprisoned, rape, kidnapping, shootings, betrayal, bounties, strip clubs, torture and more, but I felt like I never really saw the couple together. He claimed her right away, then they were either apart or dealing with danger.

As I said, Ravage Me is almost four years old, and I have heard the series keeps improving, but I’m not sure with the new audiobook prices that I will be continuing.

The female narrator, Tatiana Solkolov, was a bit nasal, but great for a tough chick, and I love Joe Arden.

Ravage Me was one of the original biker books from 2014 when they all started coming out. I liked that it features a tough girl that just got out of jail and grew up in an MC, but felt like at first she tried to be too outrageously tough, then became a typical biker bitch who did anything her old man said. It kind of seemed like everything in a biker book was put into this one story. So while it kept the story moving and fun, it was just too much. The couple was a total insta-love, but with that insta-love came a total personality change for her. I felt like I never really got to enjoy the couple together. He was always away on club business or fighting the bad guys. I hear the series gets better and better, but I think this was my MC fix for the year.

Purchase Ravage Me by Ryan Michele

The kindle book is FREE as of this posting

All books have audiobooks whispersynced 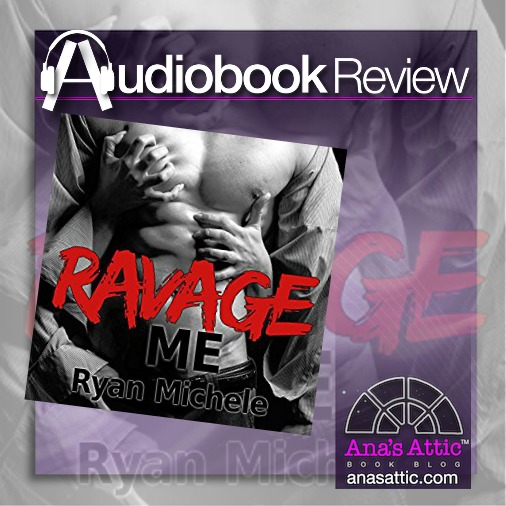