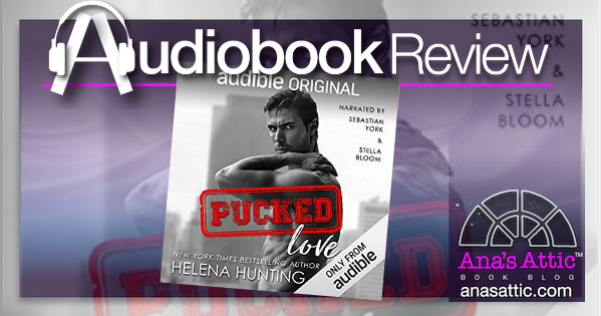 7th (finale) in a series, standalone couple but shouldn’t really be read alone.

Being the 7th in the Pucked Series, I don’t need to say much about Pucked Love by Helena Hunting because if you are a fan of the series you are going to read it either way. And when you do, you won’t be disappointed, I thought it was a great end to the Pucked Series.

It’s pretty unique to read a book about a relationship that has been going on for two years. Darren and Charlene’s relationship has been glimpsed throughout the series, they were just the kinky couple, but we never really got to know them. As we learn about them in Pucked Love, we see how truly different their relationship is from their friends (the other couples from previous books). After two years, it’s like they are still stuck in the “just started dating” phase. They both want more, but each is afraid to drive the other away with that want.

“Charlene is like a firefly. She’s elusive, and if you catch her she’ll burn bright, but keeping her trapped dulls her fire and dims her beauty. So I don’t trap her. Not for long, anyway. I might enjoy watching her burn for me, but in the end I always set her free. Over and over, I let her fly away, even though it goes against every instinct I have.”

Learning about both of their broken childhoods, it’s no wonder they are the way they are. They don’t know what a healthy relationship is. Darren is so sweet, and his ignorance on what to do with those feelings both broke my heart and made me fall in love with him.

“She’s my favorite everything, really.”

Both of them are so private, we never realized how they kind of held themselves apart from the rest of the crew, and I liked that we got to know them more as their friends did. Charlene and Darren are both kind of a mess, but together, they work, if they just gave into it. 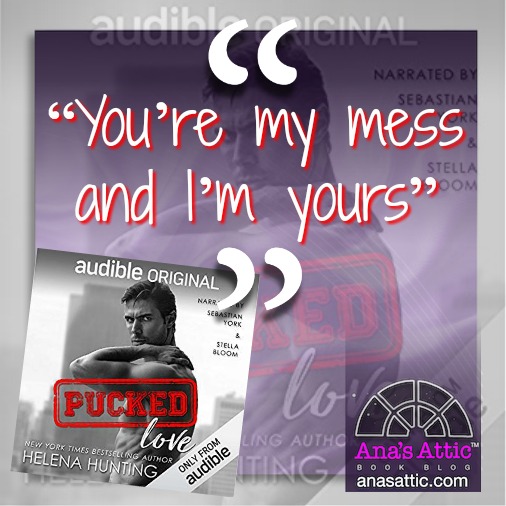 Sigh, I loved Darren. He had so much to learn, but he was such a good man.

“It’s always going to be me and you, Charlene. Whatever you need, I’ll be that for you.”

I think my favorite part about this book, (besides the amazing epilogue) was the friendships between the whole crew. We spend a lot of time with all the couples from previous books which made for a great finale to a wonderful series. 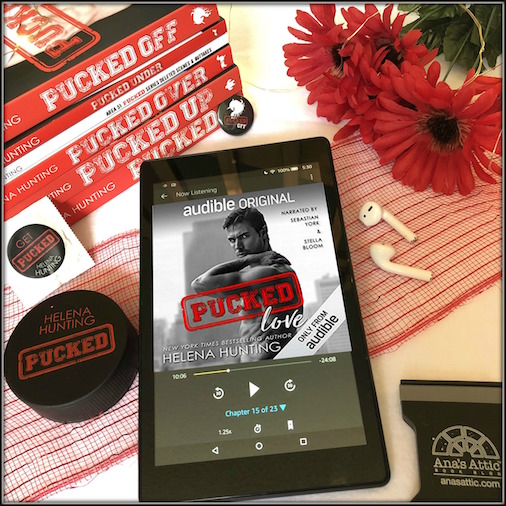 Sebastian York and Stella Bloom were amazing. I loved her, especially!

Pucked Love was really a wonderful end to the Pucked Series. I normally will not go this far into a series, but I love that Helena didn’t release them so close together that I was able to keep up. I will be sad to say goodbye to the Pucked characters, and I was so glad we got to visit them all in Pucked Love. I loved the way we really got to know the final two in the group of friends, and how we got to understand why they were so messed up. Pucked Love was as much about friendship as it was about love, and let me tell you, I totally want to hang with these friends!

Pucked Love was one of my most anticipated books this year and it is definitely a top favourite. In true Pucked form, there was lots of inappropriate laugh out loud humor mixed with sexy smut and so many moments that made my heart swoon & soar. Based on the previous books, I thought I had Darren & Charlene’s story all figured out. What I thought was a power relationship (and maybe a little darker kink), Helena shows us that things aren’t always as they appear and does an incredible job at peeling away the layers. We learn about Darren & Charlene past, their insecurities and vulnerabilities and how they find solace within each other.
Darren at times was completely clueless (so much that he had to turn to Alex and the other Pucked boys for advice lol), yet he was so kind, caring, gentle and attentive, he definitely stole my heart.
This was the perfect finale to a favourite book series and quite possibly my new favourite Pucked book. 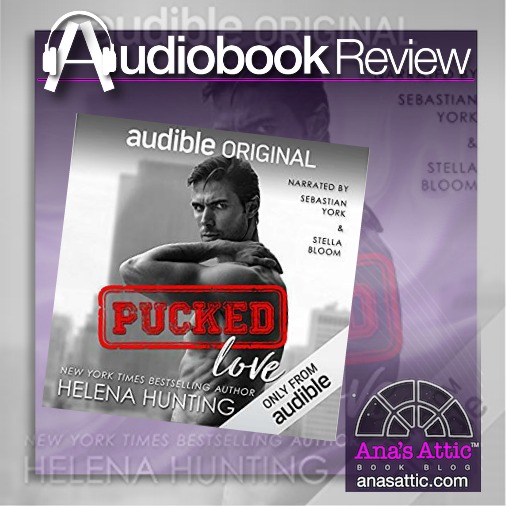