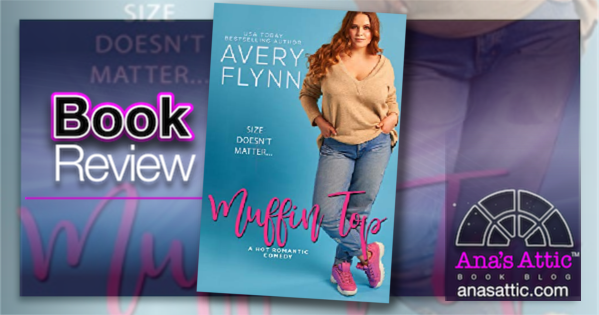 As soon as I saw Muffin Top by Avery Flynn, I knew I had to read it. I love RomComs with plus-sized heroines. Especially heroines that don’t lose weight to get the guy. I also love when she has self-esteem issues she needs to overcome. Therefore Muffin Top seemed right up my alley.

I liked the characters. I liked the story. But 5 days into it I was at like 30%. Ten days into it I was at 60%. I read 3 books a week so this was very strange. I thought maybe I was just in a mood, so I put it aside. The book I read next I read in one day. It took me another 4 days to read Muffin Top. That’s two weeks total! I can’t quite put my finger on exactly why it took so long when I liked so much about it.

“If one more person told Lucy that she’d be so pretty if she just lost some weight, she was going to set them on fire.”

Lucy is so much like me. A size 20, she is defensive and filled with self-loathing one minute, and body positive and confident the next. I know it sounds crazy, but I get it. Lucy grew up with an underwear model for a mom which is tough for any girl to grow up in the shadow of. I totally got her and related to her in every way.

“I am a curious, sex-positive, grown-ass woman,” she said, her shoulders tensing and her chin going up as she withdrew her hand. “Or were you thinking it was just the old line about fat girls having to be more creative and enthusiastic in bed because it was the only way we got laid?”

I also loved Frankie, the sexy firefighter hero. Frankie is known as a good-time guy. The player is great for a quick fuck, but that’s where it ends. When this fact is pointed out to him, Frankie wants to change his ways. So he starts by offering to be a plus-one at Lucy’s high school reunion so she can go back to all the bullies with a hottie on her arm. He knows she’s safe because he doesn’t see her sexually (she’s a size 20, he goes out with models).

Frankie was an idiot when it came to women. He was basically clueless, but it was kind of cute. As he fell for Lucy her weight never seemed to be a factor for him.

But her self-depreciation held her back. She couldn’t believe a guy like him would go for her. But it wasn’t a problem for him.

“I am not that bitch Constance, or that guy from Marino’s who told you to eat a salad, or any of the other dumbasses who’ve been too stupid to see you as you are.”
She whirled around. “Oh yeah, and what’s that?”
“One of those women who men start wars over.”

There were a number of strange story inconsistencies and some things that made it seem like the author maybe isn’t plus-sized and doesn’t get it, and then others where it seemed like she must be. One minute Lucy is saying she needs to have all her clothes and shoes custom made in wide widths, and the next she talks about her obsession with DSW 70% off rack. She is a size 20. So am I, and I never have the outright insults and difficulties she does.

I relate to feeling bad about yourself but trying to love yourself, but Lucy bounced back and forth between the two extremes a lot.

“This is what you get when you have a naked Lucy Kavanagh.” She reached behind her back to her bra clasp. “There are rolls.” The bra hooks gave way, and she shook it off, letting it drop where it may. “There are stretch marks.” She slid her thumbs into the waistband of her high-waisted panties meant to hold her not-perfect stomach in and pushed them with more force than necessary to her ankles. She kicked them off with enough power that they went flying through the night like a red cotton bullet and landed on a bush near where Frankie had parked. “There are curves where there should be dips.” She held her arms out wide. “There is all of this, and I’m not apologizing for it—not to you and not to anyone.”

I have such mixed feelings about Muffin Top by Avery Flynn. I loved that she was plus sized, and while confident at work, not in her personal life. I loved how Frankie never really focused on her weight at all. But the story just dragged for me. It took forever to read and I found her self-deprecation to be a little too overwhelming. It pushed people away, including this reader. The thing is, I usually LIKE that, so I’m not exactly sure what held me back so much from loving this. I liked both characters. I liked the storyline. There were some things I didn’t love (see above), but I can’t place exactly why it took me so long to read when I liked it while I read it. I just never felt the need to pick it up and read more. Lucy was super relatable. Frankie was adorable, but there was just something missing for me. 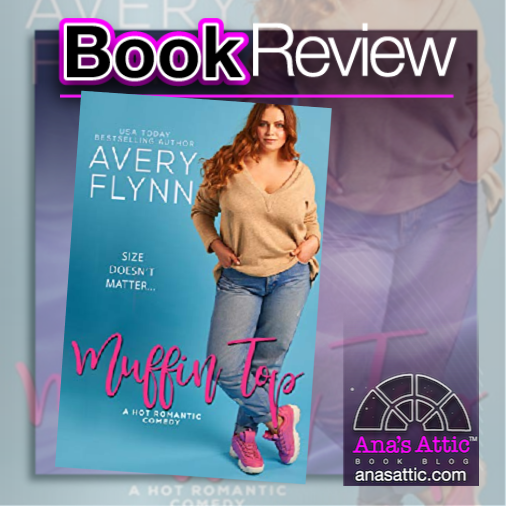