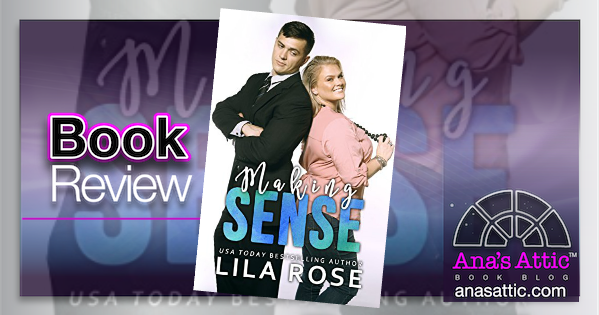 As soon as I saw a book with a chubby older heroine, I grabbed it. I enjoy a book with characters I can truly relate to so I was super excited for Making Sense by Lila Rose. First, heads up: there are some Australian spelling and grammar. Not a lot, but when you see the word “smelt” it’s not a typo 🙂 Second, this was a fun, sexy, easy read that kept me smiling throughout.

Adalyn Sage was a single mom with a 9 year old boy. She has been on some disastrous dates, like the guy with a huge booger, and one that said this to her:

“You won’t get anyone better than me with the extra weight you carry around.”

Grrr….I want to punch that guy. But then, even more, I REALLY wanted to hit Adalyn’s boss when he came into the adult store she worked at (and loved—she knows her products!) and was a total dick to her. Unfortunately, he also turned out to be her best friend’s brother, who she had never met in person before, so she had to see him again. And the first time she does, she saw a hell of a lot of him! ::snickers::

Adalyn was extremely awkward around good looking men, so she certainly didn’t make the best impression on him at first—but he still wanted her, and acted like a dick to prove it. Once he realized she was a mom, he fired her! He didn’t think it appropriate for a mom to work at an adult store, so he offered her an office job as his assistant. It was going to be hard to get over my major dislike for Vice Salvatore.

“I would need all the luck in the world to get through my first day of being around Vice Salvatore for five and a half hours. I may also need to take a change of panties, some earmuffs, and boxing gloves, or just a sharp knife. Then a body bag for when he peeves me off and I kill him. God, what was he thinking? And what was I thinking by agreeing?”

Vice was like a little boy who likes a girl and pulls her braids. But when you start to realize he just wants to take care of her and her son, it’s hard to hold a grudge, and her son needed a man in his life!

“My son, my sweet boy, who didn’t know I had a crush and also disliked my boss—well, except for his penis—had just invited him along to watch basketball. I wanted to cry in frustration.”

This was a fun read. It didn’t totally wow me, but I enjoyed the read and definitely laughed, smiled and swooned.

I absolutely love that Lila Rose wrote a story about an older overweight single mom finding love. It was a fun and sexy read. I do find that my noticing the Australian words took me out of the story a bit and I had a little trouble getting over my dislike for the hero at first, but overall it was a solid read that I enjoyed start to finish. 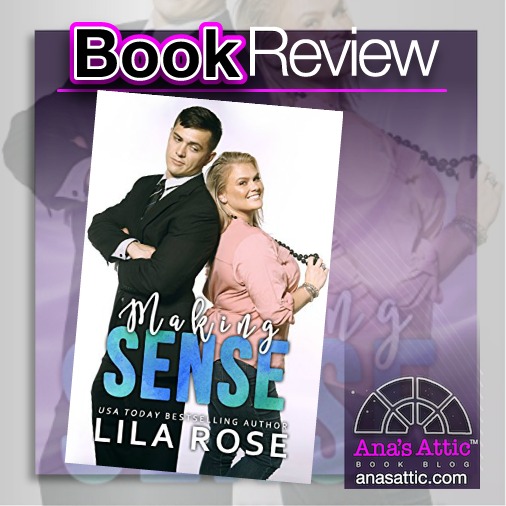