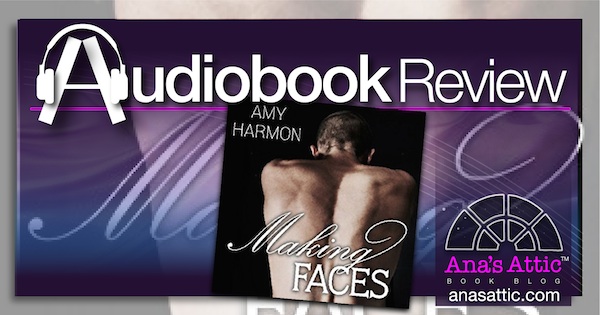 This summer, I asked on my Facebook page for people to recommend ONE book, what was the first they would choose. Making Faces by Amy Harmon was the most frequent answer. I have heard that so many times over the years, I have owned the book and audiobook, but I knew there was some ugly cry in it, and I was just never in the mood for heavy emotion, but after that post, I was motivated to jump in. And now I get it. I have read (listened) to one other Amy Harmon book (From Sand and Ash) and it was one of my top books of 2016. Though Making Faces was completely different, her amazing writing talent and ability to bring out every emotion blew me away once again. I am going to keep this review brief (for me) because my words can not do this book justice, you need to read it yourself. 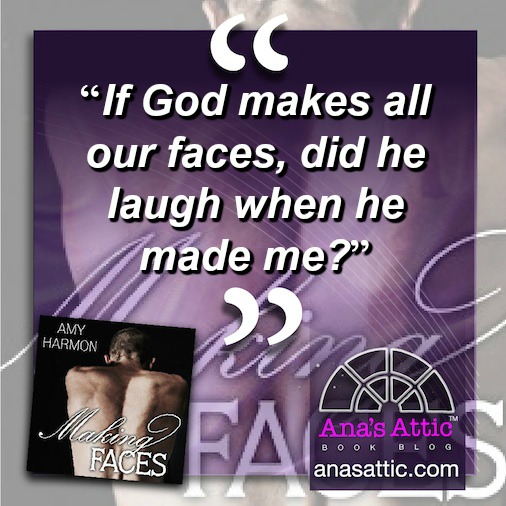 Fern was a miracle baby, cursed with red hair, freckles, glasses, and buck teeth. After overhearing her family say she wasn’t pretty, she had a major case of ugly girl syndrome the rest of her days. Her best friend is her cousin Bailey who suffers from Duchenne muscular dystrophy, a progressively worsening condition. The story begins when she is a young girl who develops a crush on the most handsome boy in town, Ambrose.

“To Fern, Ambrose Young was more beautiful, a Greek God among mortals, the stuff of fairy tales and movies screens.”

Through letters he thought were from the prettiest girl in school, Fern and Ambrose really got to know each other and her love grew. But Fern wasn’t the type of girl that the town’s wrestling champion and hero would go out with. Ambrose was the town star, but he wanted more than just a wrestling scholarship and after 9/11 he began to think differently. When a recruiter came to the school, Ambrose enlists, and talks his 4 best friends into going as well.

“Death is easy. Living is the hard part.”

The gorgeous Ambrose comes home a changed man, scarred inside and out, he is nothing like the hero that left.

“Sometimes you can’t take your life back. Sometimes it’s dead and buried and you can only make a new life.”

Fern, who grew into a beautiful young lady, has been assisting Bailey in every way. His use of his muscles have become next to impossible, so Fern lovingly takes care of him. Bailey stole the book for me. He was the comic relief, despite his tragic circumstances and I absolutely loved his character. This wrestling lover may have been small in muscle mass, but he was huge in personality.

“Problem is, how am I going to get a handful of tit if I can’t lift my arms?”

Fern was never in love with the beauty on the outside of Ambrose, she was in love with the boy inside, whom she met while trying to save a spider when she was 10. So when she finally sees the now-reclusive man after he returns from war, she couldn’t care less what he looked like, it was the person inside who she wrote letters with that really mattered.

Amy Harmon crafted such an amazing piece of art in this story. Every little detail had purpose and shaped the story in such a way that it affected something later, down the road.

“We all fit together to create this experience we call life. None of us can see the part we play or the way it all turns out. Maybe the miracles that we see are just the tip of the iceberg. And maybe we just don’t recognize the blessings that come as a result of terrible things.”

Rob Shapiro was a fantastic narrator for this story, though his depiction of Bailey kept making me think of another character he narrated from another author. Not Rob’s fault, it was just a very distinctive character with many of the same outspoken traits. When I listen to a book, however, I think I don’t get the full brunt of the emotions as I would had I read it myself, so as great as Rob is, if you are debating between reading and listening, you may wast to read this. But still, there couldn’t be a better narrator, he nailed all the little nuances and really acted. I will still give it a 5 for narration.

Now I understand why Making Faces is so many people’s top favorite book, even amongst the people who love a good erotic romance most of the time. It was deep, it had meaning, it was compelling, it always had an underlying message of hope and healing. It was fun and tragic at the same time. I fell in love with the characters and their stories. Making Faces was extremely well-paced and well-written and it felt like every word and moment was placed with care and meaning. I’m so glad I got to see what all the hype was about, and it actually lived up to it! 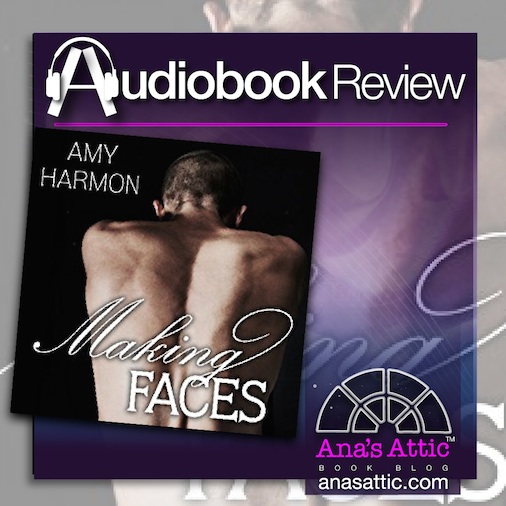