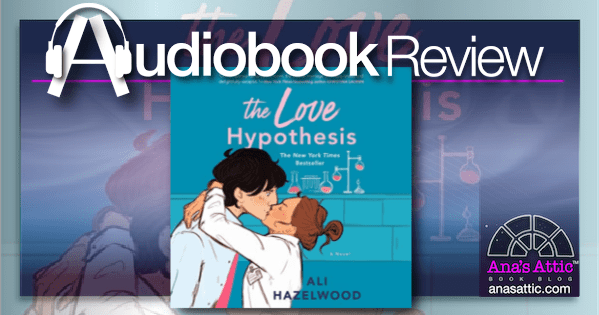 The Love Hypothesis by Ali Hazelwood

I noticed The Love Hypothesis by Ali Hazelwood was getting 5-star reviews from so many bloggers I trust so I put a hold on the audiobook in my library and promptly forgot about it. Then 2 days ago I got the email (months later) that it was finally available. I hesitated a bit. The last book I read that was hyped up as much as The Love Hypothesis fell flat for me, so I really hoped this one lived up to the hype.

3rd-year biology PhD biology candidate Olive Smith isn’t really into romance, but she knows her best friend, Anh, is into her ex but won’t go for it due to girl code. So Olive needs to convince Anh that she’s moved on.

“Did you… Did you just kiss me?” He sounded puzzled, and maybe a little out of breath. His lips were full and plump and… God. Kissed. There was simply no way Olive could get away with denying what she had just done.
Still, it was worth a try.
“Nope.”
Surprisingly, it seemed to work.
“Ah. Okay, then.” Carlsen nodded and turned around, looking vaguely disoriented.

When the person she grabs turns out to be the most hated professor in the science department, Olive and he make a fake-dating pact that benefits both of them.

“HYPOTHESIS: Adam Carlsen and I have absolutely nothing in common, and having coffee with him will be twice as painful as a root canal. Without anesthesia.”

The Love Hypothesis was very much a slow-burn romance that also covered the friends-to-lovers, workplace, age-gap, opposites-attract, sunshine/grumpy, teacher/student, and obviously the fake-dating tropes. Somehow Ali Hazelwood made all of that work together in her very first book.

“You just had to go and make me fall for you, she thought. You absolute ass.”

While The Love Hypothesis is a light and sweet comedy, it addressed a lot of real issues like women in STEM and the problems they face, BIPOC women in science, politics in academia, cancer research, demisexuality, and sexual harassment.

I admit you have to put your bullshit meter aside, you know, the one that says “this would never really happen”, suspend belief, and just go with it. 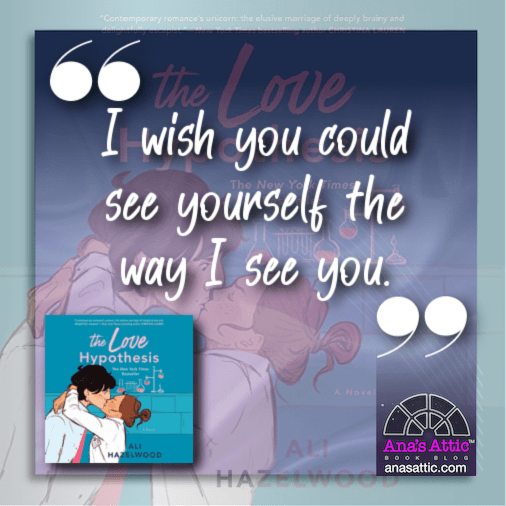 I haven’t listened to many books narrated by Callie Dalton, but I thought she was phenomenal and her narration made the book even better for me.

OK, I admit it. The Love Hypothesis lived up to all the hype. I absolutely loved the smart, slow-burn romance that subtly addressed a lot of issues without ever banging you over the head with them. This is one of those books you might be able to recommend to even the non-romance reader even though it’s very much a romance. It’s strange, if I pick The Love Hypothesis apart, I can find so many things for my dislike column; but this book just had that ‘something special’ that just made you feel good and fall in love right with the characters.

If this is Ali Hazelwood’s first book, I can’t wait to see what comes next.

Sometimes I’m embarrassed to give 4.75 stars. The Love Hypothesis felt like a 5-star-read, but I had enough little things that bothered me that I just couldn’t give the full 5. 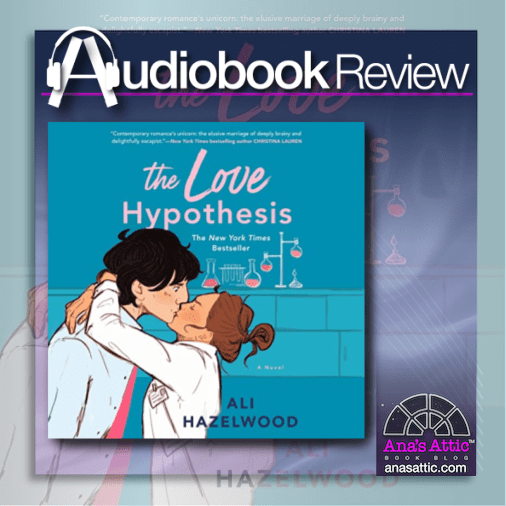