Personally I LOVE the sexy hot covers on all of the novels as they are. Rippling abs with guns…yum. But for some uses and promotions, covers need to be toned down. So Liliana went to the best: Okay Creations and had her covers redone. She has asked me to reveal two of the nine new covers here, and offered a HUGE International Giveaway! That Liliana, she’s such a giver.

Here are the new covers for Riley and Cooper, the third and fourth novellas in the series. 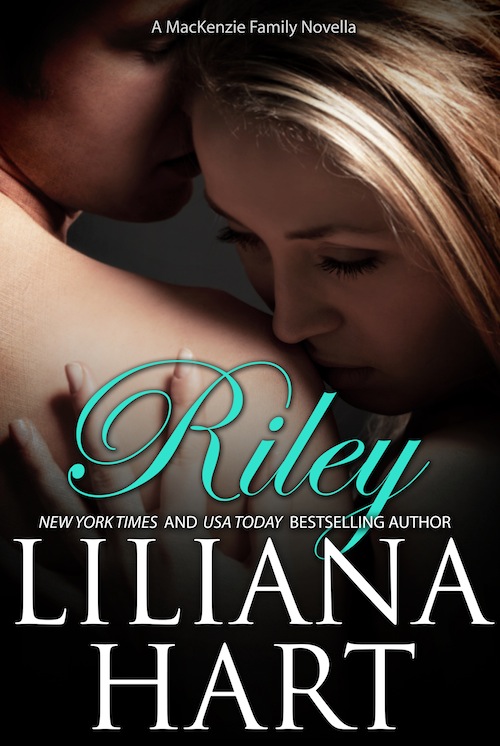 Riley MacKenzie is one of the world’s leading experts on Egyptian artifacts. But when Maggie Lawrence walks into his life with a priceless stolen artifact and bad guys on her trail, he has no choice but to whisk her away to the safety of Surrender, Montana.

Maggie Lawrence takes one look at Riley MacKenzie and sees everything she’s ever craved and always avoided when it comes to men: Adventure. And she knows it’s only a matter of time before she falls prey to his seduction, especially since she’s trapped with him during one of the worst snowstorms Montana has seen in years. But when the enemy finds them, Maggie’s confronted with a past that could destroy her love for Riley forever.  A 55 Page Novella 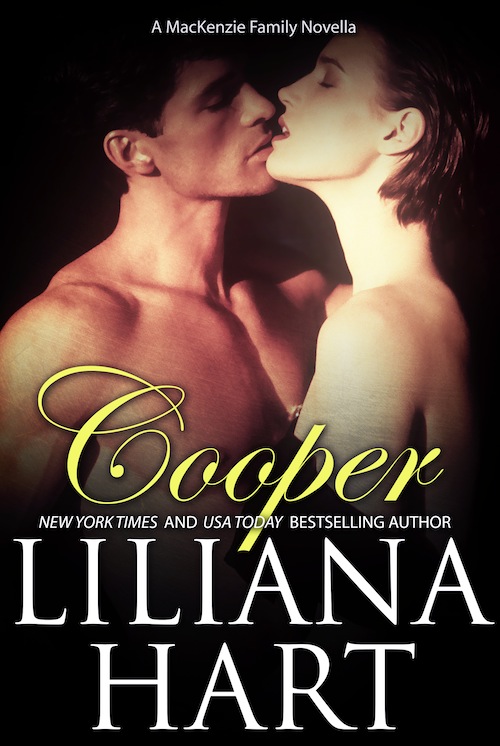 Holy crap these books sound hot. They just zoomed to the top of my TBR list!

Liliana is so generous! She has offered to give away a $100 Amazon Gift Card, AND A Coach Purse filled with signed books! So there will be TWO winners! 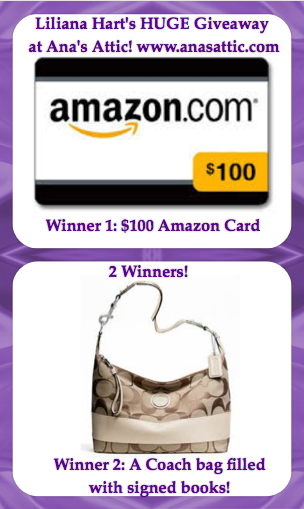 ****Currently your comments will be held for moderation due to a glitch…don’t worry, they will appear later.
a Rafflecopter giveaway