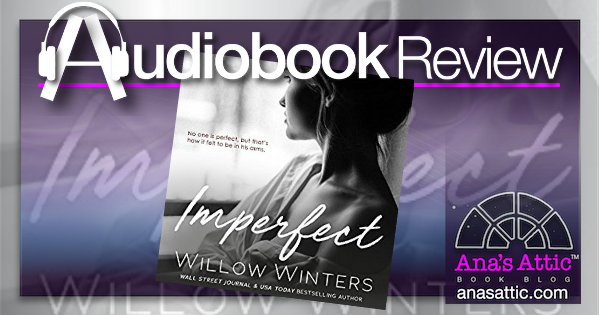 I listened to Imperfect by Willow Winters a few weeks ago and I’m finally catching up on reviews. I review every book I finish, and I planned to review this as well, but despite my notes, I just can’t remember enough about it, so for the first time, I went and read some reviews before I wrote mine in order to spark my memory. Sadly, it didn’t work very well, so I will be writing a brief review just from my notes.

I listened to Imperfect right before Wicked Book Weekend because I was trying to fit in as many Wicked authors as I could before the event. Silly me, I didn’t realize it was the first in a duet, and didn’t really budget the time for two books, but I intended to come back for part 2. Now that I can’t remember part 1 enough, I won’t be listening to Unforgiven.

Part of the reason I didn’t grab the next one up immediately was because I felt kind of depressed when I listened to this story. Jules just had so much to deal with. And Mason – arrogant, secretive and so hot! He KNEW he needed to stay away from her, but he couldn’t help himself, and the chemistry was palpable.

Julia lost her husband 8 months before meeting Mason. There was a lot going on with her husband that she is just starting to find out. Mason had more secrets that can totally affect her and he knew he should stay away but he just couldn’t.

I really enjoyed Imperfect when I was listening to it, but as soon as I moved on to my next read I completely forgot about it. Now 3 weeks later, I don’t remember enough to read the next in the series. According to my notes, I have a few frustrated “What is happening?” notes (which is good in romantic suspense), and a few notes that indicate it was a bit depressing at times, but I did look forward to the next. But at the time, not enough to grab it right then, and now I have just lost interest. I would totally read Willow again, and may re-listen to this in the future and update this review accordingly.

They were both great narrators and it was a pleasure to hear new voices for a change. 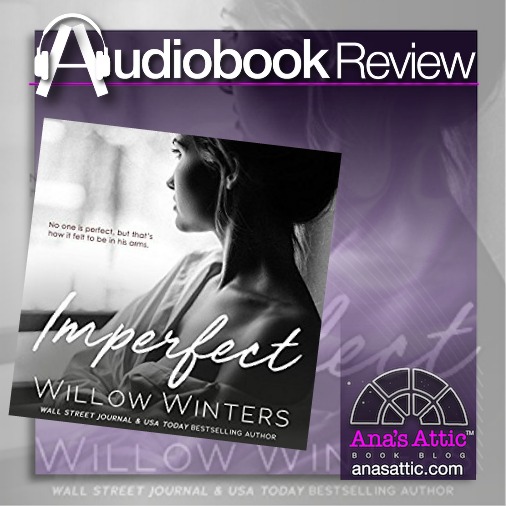