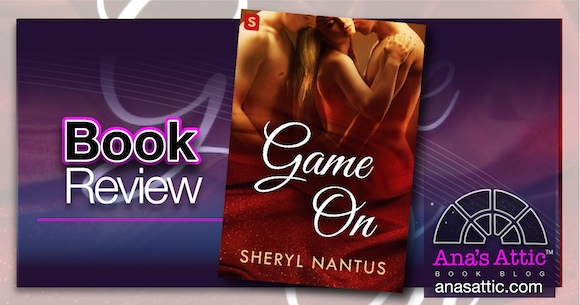 Game On by Sheryl Nantus

It had been a while since I read a menage book, and I was looking for a hot read, so when Game On by Sheryl Nantus came out, I grabbed it right up! I especially prefer m-f-m menage, which Game On was, especially because the last books I read with menage, it seemed the two guys were more into each other, so I was excited for a little hot m-f-m action!

I finished Game On a week ago, and quite honestly, forgot most of it. I had to re-read the blurb and my notes to refresh my memory. While I liked the characters, it was all kind of forgettable to me.

After Angela finds her fiancé & co-worker screwing his legal secretary, she quits and comes back to her small town and the comfort of mom’s home cooking. On the way into town she’s pulled over for a broken tail light by none other than her college ex boyfriend.

“All he needed was to be holding his nightstick and handcuffs to make the fantasy complete.”

Also vying for her attention was her high school ex-love, now the football coach at the local college.

They are both hot, and they both want her. So Angela begins to date them both. The guys were friends, so they strike a deal to let her really get to know them before they push for a decision even though they are both totally jealous of each other. The biggest problem? She can’t decide!

“You let him mark you,” the slow rumble echoed through her body, setting her nerves ablaze. “Did you think I’d let that go?”

So it was Angela, not the guys who suggested that maybe she could have both of them. But they wanted her so badly, they would share her if they had to. Though the guys grew into the idea, I never felt this was their first choice in the way they want to live their lives, and it kind of made me sad for them, like they settled for this. 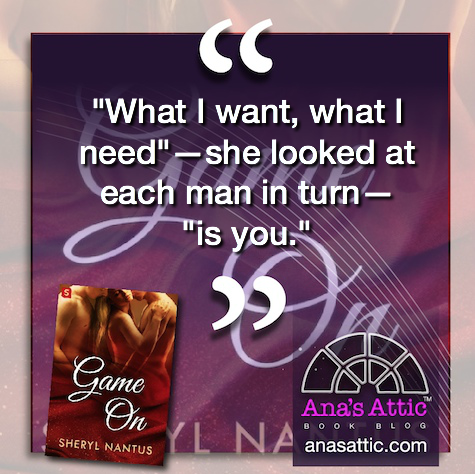 I was also a bit disappointed in the heat. You expect a book advertised as menage to be super hot, right? Nope. I can’t remember one scene. There was sex, and it was good, but it was nothing memorable.

Sheryl Nantus writes well, and I enjoyed reading the story, but I felt it was really missing a strong connection between the three of them, and because she knew them both so well already, I kind of missed them falling in love as they got to know each other.

Game On had so much potential! The author wrote well, and the characters were all very likable. There was good sexual tension and banter. It was all leading up to what could have been a passionate, dirty, delicious, controversial relationship, but it all fell a little flat. I enjoyed Game On, but it needed more passion, more tension, more sex, more controversy. Just more.

Purchase Game On by Sheryl Nantus 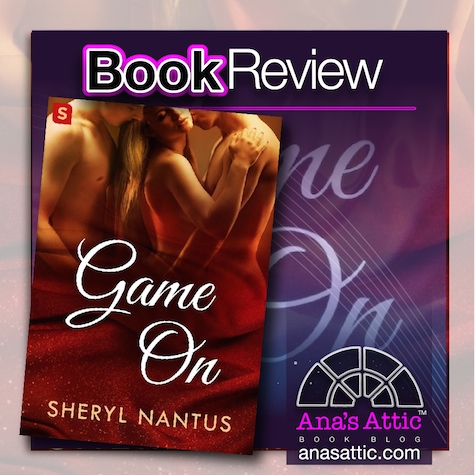