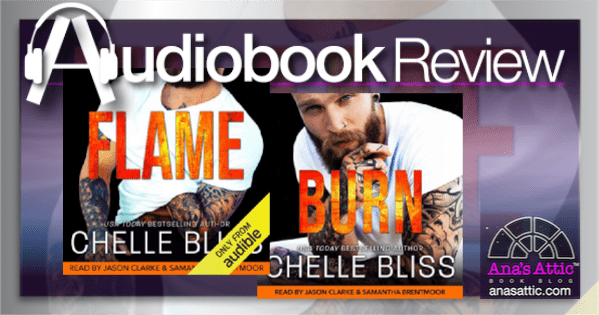 Flame and Burn (Men of Inked: Heatwave 1 and 2) by Chelle Bliss

Contemporary Romance, must be read together.

It had been a long time since I read a Chelle Bliss book, so I was excited she had a new series. I listened to the first few books in the original Men of Inked series years ago, and I didn’t catch that these are the 2nd (really 3rd) generation Gallos from that series. Luckily, It didn’t matter at all if I read the first series or not, because Flame and Burn by Chelle Bliss stood just fine on their own.

Gigi is the spunky, very overprotected, kind of spoiled child of a couple from Chelle’s Men of Inked series. During college she snuck away for Spring Break in Daytona during Bike Week without her family knowing, and spent one hot week with a biker she met there before sneaking back to school without a goodbye. 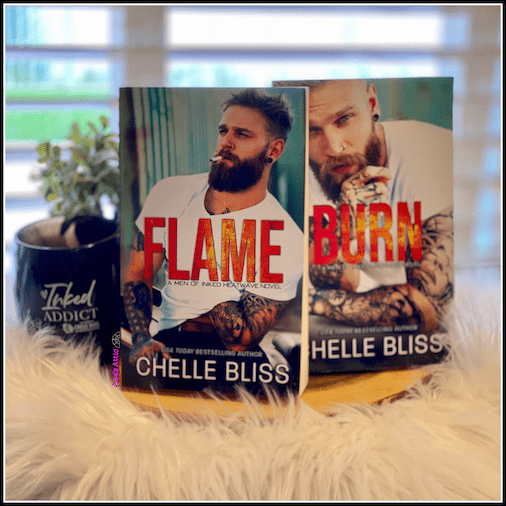 Fast forward 15 months and Gigi walks into her first day of work at the family’s tattoo shop and noticed her station was set up right next to the hot new guy….Pike. He didn’t want to jeopardize his dream job, and she didn’t want her family knowing anything, so they pretended they didn’t know each other.

If you are new to the Gallo world, they are a big, Italian, very close, protective family, and once again, I really loved those family dynamics. Pike had nothing like that growing up so it was nice seeing him get his first taste of real family.

“I’d give anything to have just a small sliver of that goodness in my life.”

Though Gigi started off a little too young and immature for my tastes, her sass soon grew on me. When Pike’s past catches up with him though, he not only puts Gigi in danger, but the whole Gallo family.

Gigi and Pike had combustible chemistry, so I see where the titles to these books come from! But along with all that chemistry there was a lot of action and humor that made this duet unputdownable. I loved the way Gigi was there to give Pike everything he never had, and how Pike was just the alpha Gigi needed. 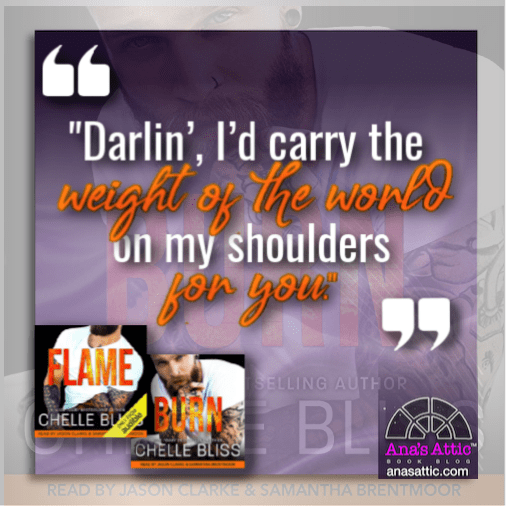 All I can say is thank goodness I read this duet after both were released because Flame has a hell of a cliffy!

You can never go wrong with Jason Clarke, but Samantha Brentmoor is kind of new to me, and she couldn’t have been more perfect for Gigi.

Flame and Burn by Chelle Bliss were everything I love in a book. They were sexy, fun, exciting, suspenseful and had a great group of family and friends. I fell for both Pike and Gigi in the end and I am looking forward to grabbing Tamara’s book next. I don’t know why I haven’t read more Chelle Bliss! 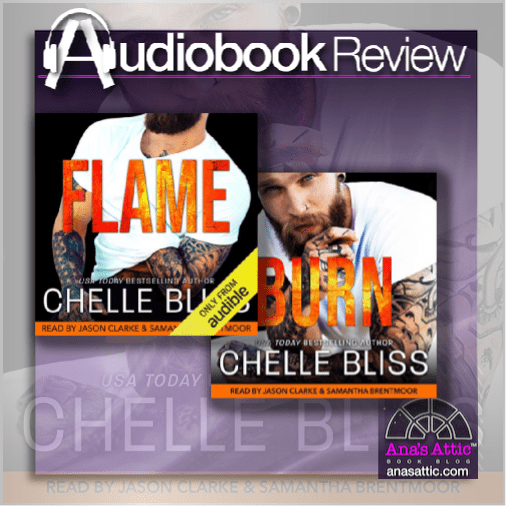