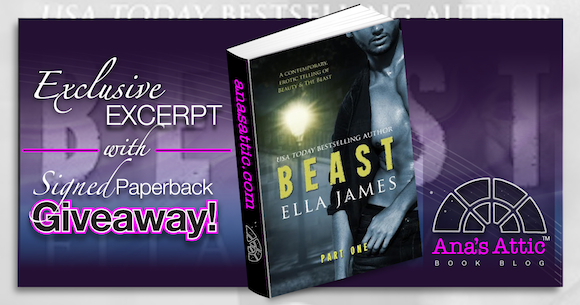 At twenty-one years old, third-generation movie star Cal Hammond was on top of the world. He had more money than God and more women than any man could need. But when a night of debauchery ends in tragedy, he forfeits a life of luxury for a ten-year prison sentence at La Rosa, California’s most violent prison.

TO A BRUTAL BEAST
Eight years later, a ruthless, cunning man runs La Rosa from the inside. He is known simply as BEAST. All the wardens fear him. All the gangs obey him. He speaks to no one but his inner council. What he says is law.

NOW ONLY SHE CAN SAVE HIM
Annabelle Mitchell’s father is the warden at La Rosa. He deals as dirty as his trustees, and after years of smooth relations with Beast and the gangs he runs, Holt lands on the powerful prisoner’s hit list. That very afternoon, Annabelle pays a surprise visit to her father’s work, hoping to use her new counseling license at a place she thinks she could make a difference. When she catches Beast’s eye, he releases the warden and grabs the daughter. The price for the warden’s error is not death. It’s his precious Belle.

“Oh my God! What the fuck is wrong with you? You almost killed him!”

He stands there, at his full height, in front of Dad’s desk. His fisted hands drip blood.

He steps around the desk to some metal file cabinets and grabs a bottle of hand sanitizer. He uses tissues and the alcohol-based gel to clean his hands, and I just stand there, watching. My heart beats so hard it hurts.

Even still, he’s beautiful. A beautiful monster. Time has been good to his face and heavy on his soul. I can feel the difference in him.

He walks to the door, flips the lock, and turns to me. He’s big. My God, he’s ripped. His killer’s physique is draped in black—black shirt, black pants—which makes his eyes seem darker. His dark hair is cut short, brutally so. His lips—beautiful and lush, always remarked upon by the Hollywood press—are cruel and hard. His throat is thick and strong, his forearms bulging. After a moment’s hesitation, I can’t keep my eyes from sliding down his body. They’re drawn to his thigh, to that twenty-inch gash I watched the nurses staple shut on that awful night—but that’s not what holds their attention.

His dick is hard.

Ella James is a Colorado author who writes teen and adult romance. She is happily married to a man who knows how to wield a red pen, and together they are raising a feisty two-year-old who will probably grow up believing everyone’s parents go to war over the placement of a comma.

Ella’s books have been listed on numerous Amazon bestseller lists, including the Movers & Shakers list and the Amazon Top 100; two were listed among Amazon’s Top 100 Young Adult Ebooks of 2012.

To find out more about Ella’s projects and get dates on upcoming releases, find her on Facebook at facebook.com/ellajamesauthorpage and follow her blog, www.ellajamesbooks.com. Questions or comments? Tweet her at author_ellaj or e-mail her at ella_f_james@ymail.com. 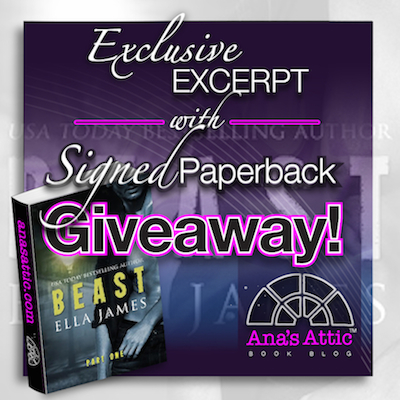