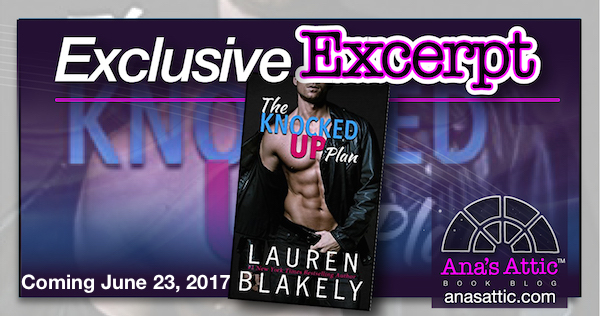 From #1 NYT Bestselling author Lauren Blakely, comes a new and sexy romance…THE KNOCKED UP PLAN! A standalone romance told in dual POV, THE KNOCKED UP PLAN is about all of the fun, hotness, and heartfelt emotions that come when a single woman asks her gorgeous, jaded, sworn-to-be-single-forever good friend to get the job done. What happens next when he agrees to provide the bun for her oven are lots of hot sexy times and heartfelt moments. Don’t miss the excerpt below, and preorder your copy today! 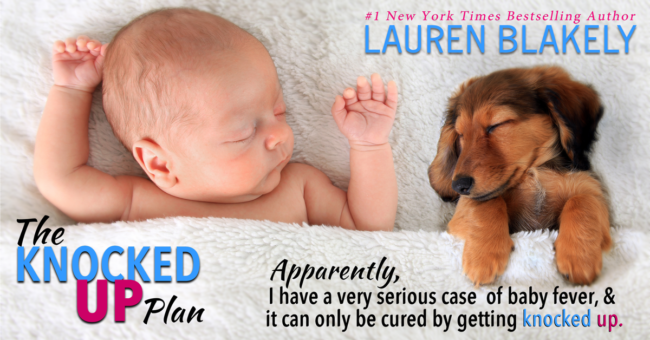 There are three little words most guys don’t want to hear on the first date. Not those…I mean these… “knock me up.”

This single gal has had enough of the games, the BS and the endless chase. I know what I want most, and it’s not true love. It’s a bun in the oven, and I’m not afraid to hit up my sex-on-a-stick co-worker to do the job. Ryder is gorgeous, witty and charming — and he’s also a notorious commitment-phobe. That makes him the perfect candidate to make a deposit in the bank of me.

****
There are four words every guy wants to hear on the first date — “your place or mine?”

When my hot-as-sin co-worker makes me a no-strings-attached offer that involves her place, my place, any place — as well as any position — I can’t refuse. Besides, I’ve got my own reasons to take her up on her deal even with her one BIG condition.

There’s no way I’ll want more from one woman than any position, any where, any night? Except . . . what if I do?

Note: Be prepared to swoon and fan yourself from the heat! This full-length standalone contains lots of hot baby-making s-e-x, happy tears, naughty jokes and a hot, swoonworthy hero you will fall madly in love with. 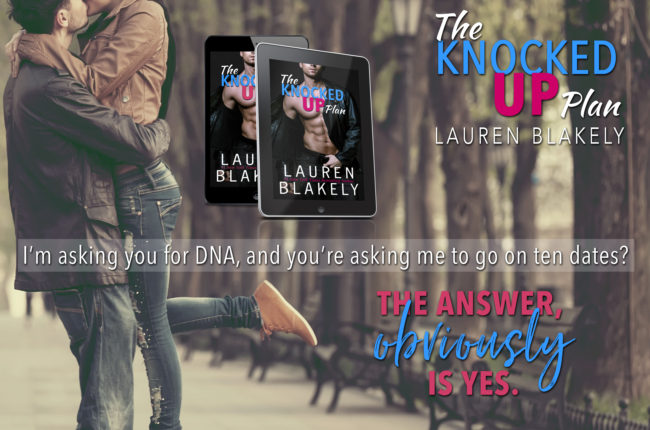 I gather my notebook, laptop, and phone, and head for the door, leaving Jamie behind since she works on the next show. As I head down the hallway of Hanky Panky Love, the dating division of the lifestyle media giant I work for in a role that’s expanded from columns to also include the radio show, a masculine voice calls out to me.“Hey, Nicole.”A smoky, sexy, masculine voice, I might add.

Ryder Lockhart stands in the doorway of the studio next to mine, his arm resting on the door. That’s one lucky door.

If someone needed a photograph for a catalog of the casual, cool, confident male, Central Casting would serve up this man. The white button-down shirt that hugs his delicious biceps is peeled up at the cuffs, revealing strong and worshippable forearms. The front can’t hide how flat and firm his abs are. I must thank the maker of that shirt in my daily prayers. His black jeans are neatly pressed and fit just so yummily on his hips. For the record—yummily is not an adverb, but it should be. I’ll work on my campaign to Merriam-Webster, starting tomorrow.

His eyes are full of naughtiness as he meets my gaze. “Clearly you haven’t tried the Wheelbarrow with the right man,” he says.

I tap a red manicured nail against my bottom lip as if I’m considering this. “You think that’s the issue with the Wheelbarrow? Not the fact that I’d be upside-down during nookie?” I ask ever so innocently.

A lopsided grin shimmers across his fine lips. Yeah, they’re yummy, too. He simply suffers from an extreme case of handsomeness.

“I do, indeed, think that’s the biggest hurdle. There are certain advantages for the fairer sex when it comes to that position, but it requires a partner who knows exactly how to hold on properly,” he says in that deep, gritty voice. He could read the phone book and make it sound like foreplay, which means everything he says makes you feel like a cat in mating season, even if he’s talking about changing the
toner in the copy machine. I’d probably have a dirty dream about toner if he did.

But his filthy-fantasy-inducing voice is only one-quarter of the assets he possesses for wooing the ladies. The other three quarters? A thick head of soft and wavy light brown hair, cheekbones carved by the gods, eyes that inspire dreams of tropical waters, a body handcrafted by his own rigid discipline, and a brain shaped and chiseled by Stanford.

Fine, that was more than four quarters. Well, what-the-hell-ever. He’s got more than his fair share of chickadee-charming tools. It’s my job to notice this stuff.

Balancing my laptop and notebook on my hip, I shove my copper-colored hair off my eyes. “Is that your way of inviting me to take your wheelbarrow out for a ride around the garden?”

His lips curve up in a mischievous grin. “Nicole, don’t you know? You can ride this ride any time.” 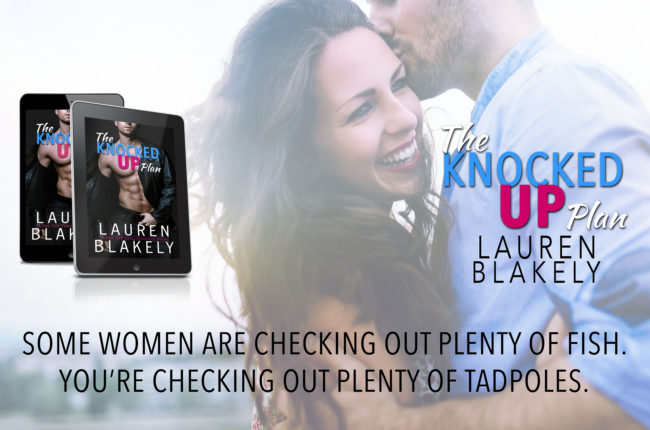 Pre-order The Knocked Up Plan by Lauren Blakely 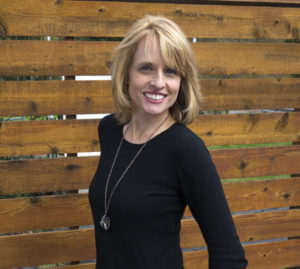 A #1 New York Times Bestselling author, Lauren Blakely is known for her contemporary romance style that’s hot, sweet and sexy. She lives in California with her family and has plotted entire novels while walking her dogs. With fourteen New York Times bestsellers, her titles have appeared on the New York Times, USA Today, and Wall Street Journal Bestseller Lists more than eighty times, and she’s sold more than 2 million books. In June she’ll release THE KNOCKED UP PLAN, a standalone contemporary romance. To receive an email when Lauren releases a new book, sign up for her newsletter! laurenblakely.com/newsletter