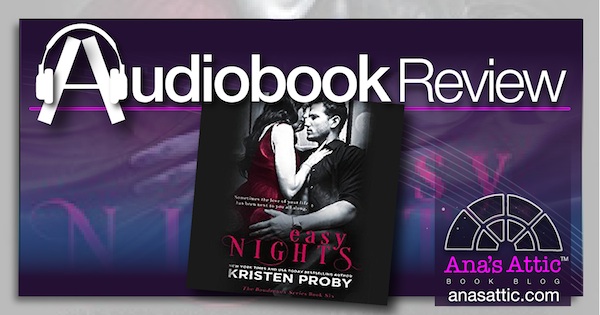 Last in the series, can stand alone, but better if read in order.

I started the Boudreaux Series by Kristen Proby with Book #5, Easy Magic, and I loved it so much I bought the others in audio, but I haven’t read them yet. However, I listened to Easy Nights (the 6th and final book in the series) right when it came out. Kristen is an amazing writer, and I thoroughly enjoyed Easy Nights, but I do wish I waited to read it until I read the others.

I feel like this isn’t really a fair review for me to do, because if you have been reading this series from the beginning, you have been rooting for Savannah and Ben to get together; you would be completely invested in the couple. And though it stood alone just fine, I wish I had the long build-up that readers of the full series did.

“Here’s the thing, Van. I can’t do this. I can’t spend the rest of my life in the friend zone with you.”

Ben is best friends with the Boudreaux brothers since he was a kid. Almost like another brother—which was the reason why he never acted on his crush on Savannah. If it didn’t work out, he couldn’t afford to lose the family. But two years after finding Savannah broken and beaten from her ex husband, he just can’t hold back anymore.

“I always thought that just having you in my life was enough. As long as you were happy and healthy, it was enough to be on the outside looking in, but it’s just not good enough anymore.”

Savannah is so strong, and I love how she fought her demons without leaning on others, but knowing she had a beautiful support system. I like how this story focused more on the Savannah she has been becoming, rather than the broken Savannah of the past. There was always a hopeful, positive feel to the story that could have gone dark. The one thing she really needed to fully heal, was Ben. 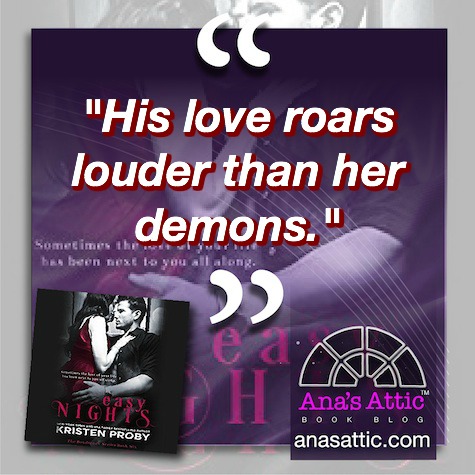 I also loved how Ben and his family were so intertwined with her family without it being weird, and how he made her more confidant in her strength rather than being her strength. I’m so glad that both got over it being almost taboo. Because they should have been together from the beginning.

“You are the beginning and end of me, Savannah. I don’t work without you.”

The narration adds to the the book, and I like her slight NOLA drawl.

Though Easy Magic stood really well alone, Easy Nights would have been a better read for me if I went back and listened to the rest of the series first. Apparently this romance has been building since the first book, and there was a lot of background that would have made this an amazing conclusion to the series. Don’t get me wrong, I still enjoyed it but it didn’t stand out that much to me, because I just wasn’t as invested as I could have been had I read the whole series. I think if I listen to this again after listening to the whole series, I may do a re-review, but for now, as someone that didn’t read books 1-4, it’s a 4 star read that I still really enjoyed.

Rating: 4 stars (would be higher if I read the whole series), 4 Heat, 5 Narration 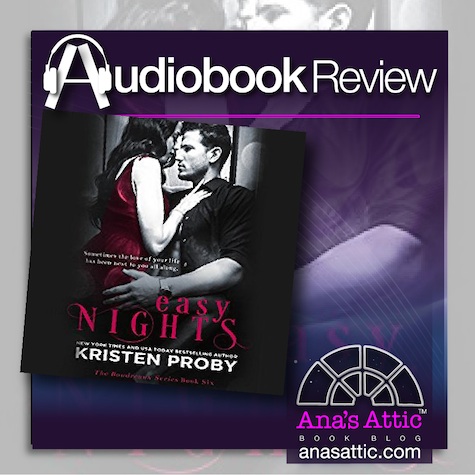