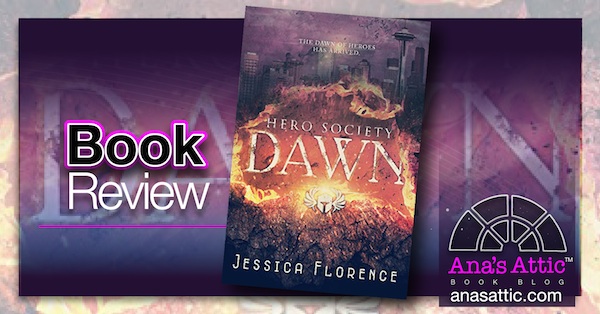 Books have been running together for me lately. I felt like I really needed something unique for me, so when Jessica Florence announced she was writing a super hero book, I was so excited. I never read one, but I love superhero movies. So I was picturing Fantastic Four and Marvel Comics. While Dawn (Hero Society 1) had aspects of that, their powers were a little more subtle than I expected.

“The time is now, Draco. Something is coming—something that will change life for all mankind if we aren’t prepared. We need you. They need you.”

Phillip can see the future. Though futures are always in flux, he can see multiple outcomes. And one thing he knows—evil is coming. His sister Rose is an empath. Not the type that you may encounter in real life though, she is a true empath, with thoughts and feelings from others, especially when she touches them, that can be overwhelming. When she meets Draco, she immediately knows he is different as well. Draco’s power is immortality.

After living for thousands of years and outliving anyone he ever loved, Draco is living a shell of an existence. He won’t allow himself to get attached again, because he will just lose them to old age and he will have to go on with another piece of his heart missing. When he meets the beautiful and innocent Rose (who has a pink birthmark that covers a good portion of her face, I love this!), he tries to resist, but is powerless against her. 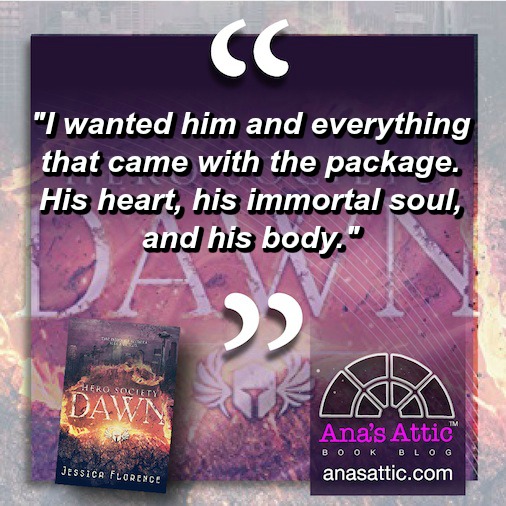 While there was an exciting good vs. evil storyline, at heart, this was mostly a romance between Rose and Draco.

“She was fire beneath my fingers, and I signed the deal to burn forever as long as I could keep touching her.”

Even though there was a good amount or world-building in this story, there was adventure, excitement, friendship, and some super-hot sex.

“Our moment in time was forever sealed into a photograph.” (SO HOT!)

The one thing that did surprise me was how much of a romance it was, and it didn’t feel rushed.

“Falling hopelessly.” I leaned my head in for a kiss, and he pressed a gentle one to my waiting lips.
“Hopelessly fallen,” he replied against them before giving me another peck.

A small part of me was disappointed that they didn’t have more exciting super powers. Despite really enjoying the story, that twinge of disappointment in that one aspect stayed with me, but it also made me super excited to read the next one, because the previews sound exactly like what I want—he has strength and speed! Squee!

Dawn: Hero Society #1 by Jessica Florence certainly satisfied my need for something a little different. A cross between paranormal, sci-fi and romance with romance being the most dominant, this unique story wasn’t anything like what I expected. I expected and wanted more cool superhero gifts like flying and invisibility, and got immortality, empath, and future seer. It looks like the hero in the next book has super strength and speed so I’m totally excited for that one. But still, despite my preconceived notions of powers, Dawn was filled with more romance and emotion than I expected, as well as some excellent set-ups for a long series that I look forward to sticking with. I think Dawn would be an easy transition for a reader who has never read paranormal or sci-fi. 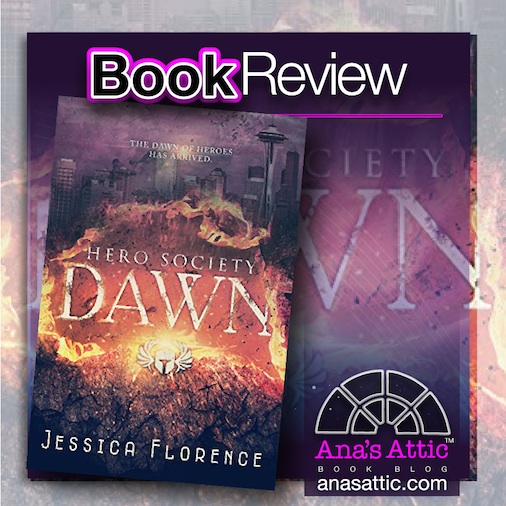