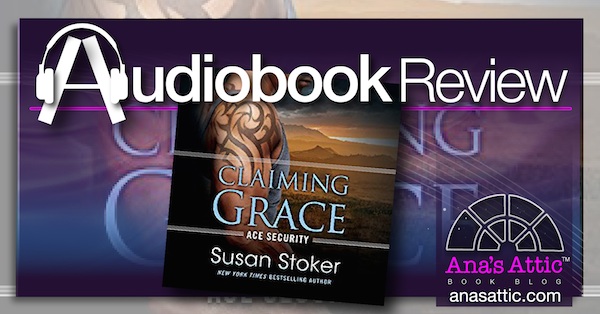 I was under the impression that Susan Stoker’s books are all heavily military. But I see her on the bestseller lists, and she will be attending her second Wicked Book Weekend this April, so I really wanted to see what her books are about. When I found Claiming Grace and Claiming Alexis on audible AND audible KU, I grabbed them up.

It was NOTHING like I expected. Though he had been in the military, this is not a “war” book like I thought. It’s a second chance romance with some of the weirdest circumstances I have read about.

Logan and Grace were best friends in High School, but something more was brewing between them when Logan shipped off to the army and they promised to write. Logan wrote, and his letters were returned. Grace never received the letters and never had an address to send hers to. Both of them were so hurt and angry that the other lost touch.

Logan has returned to town to join his brothers in a new business helping men (mostly) who are in abusive situations, and providing security.

Grace lives with “The Crazies”.  Seriously, her parents are as crazy as they get. Rich and controlling, with spies everywhere, these nuts would manipulate Grace in any way they could to keep the almost-30-year-old living with them. First they would say they couldn’t get along without her, acting like they were dying, then they would convince her she was incompetent to live alone, then they got even crazier.

“Grace got up to walk out, and her father grabbed her arm, forced her to sit back down, and handcuffed her to the chair with her arms behind her.”

Grace worked for them, they tracked everything she did, including phone calls, bank accounts and more. She’d learned to be sneaky, but for God’s sake, she is almost 30!!! WHY THE FUCK DIDN”T SHE JUST LEAVE????

As the book continues, we get a little education about abuse sufferers, and I began to understand a little better. But strangely enough, Logan, who is opening a business based on abusers, doesn’t really believe she can be emotionally bullied and beat down to the point you give up fighting.

“If you haven’t figured out that sometimes words can hurt a whole hell of a lot more than fists, then you’re not half the man I thought you were.”

When Logan and Grace reunite, they fall back into the amazing friendship they had in high school, and finally, it’s more. But her parents have another agenda in mind and they are getting crazier and crazier in order to get what they want.

Luckily, with the help of a good man in her corner, Grace’s backbone begins to form.

“As long as Logan Anderson held her hand, she could take on the world.”

Erin Bennett did an amazing job narrating this 3rd person book and was wonderful at both male and female voices. I think I might have DNF’s the book if I was reading it, but the narration really made me stick with it past the point where I thought she was too weak to live, to where I finally began to enjoy it.

Claiming Grace was different than I expected from Susan Stoker. It was my first of her books, and despite me not fully buying into a 30 year old taking that kind of abuse, I was still on the edge of my seat and found myself driving around just to see what happens next. I read a number of reviews for this, and apparently Susan Stoker fans say it isn’t her best work. But I see the potential. I loved the balance of romance and suspense despite my eye rolling activities. I am glad I stuck with it past the first set of eye rolls and decided to suspend reality a bit and just enjoy myself listening. And I did. This will definitely not be my last Susan Stoker book. 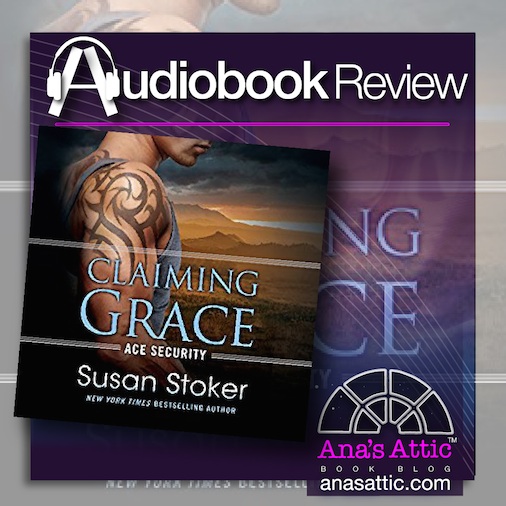