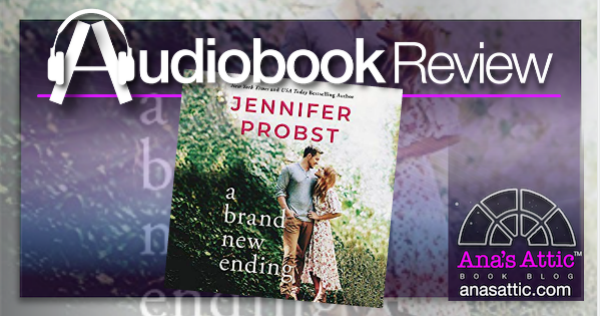 Standalone, 2nd in a Related Series

After reading The Start of Something Good, I was excited for Ophelia’s story, so I jumped right into A Brand New Ending. Though once again told in third person, I figured now that I was into the series, I may not notice as much.

Nobody ever knew what happened between them, so ten years later, when Kyle needed to come back home to find his muse again, Ophelia’s brother welcomed him, not knowing Ophelia never wanted to see him again.

“The crux of it is one simple lesson: we all deserve to give ourselves a second chance. It doesn’t negate the pain we put others through, and it’s not a get-out-of-jail-free card. Reparations still need to be made. But without second chances, we’d be stuck in the gutter for life.”

If Kyle came back knowing how badly he screwed up, I may have accepted it, but honestly, he was clueless. And the fact that he never made it his business to find out what happened between them really turned me off. It seemed like he was back because of the surprise he found, and for the story he was writing more than for Ophelia.

“Forgiveness was such a twisted, thorny thing—easy to preach and hard to practice.”

The story was told with a lot of flashbacks which are always difficult in audio, because when you read, they are usually in italics, but you can’t “hear” italics. Though I liked the book-within-a-book theme, I have to admit, while I enjoyed the listen for the most part, I just got bored. I was ready for it to end so I can get to the next book on my list. I was hoping it would perk up at the end.

“Beginnings are necessary and cherished, but it’s the endings that will make a person remember you forever.”

But for me it never did. I liked the story, but I just never felt the couple’s connection, and I don’t think he truly learned from his mistakes.

My favorite part of A Brand New Ending was actually the complicated relationship between Kyle and his estranged father.

These were both new narrators to me and they were great! While I loved their narration, I think the flashbacks made this harder to follow on audio than if you read it.

I enjoyed A Brand New Ending. It was OK, but I wanted to LOVE it. Sadly I just felt like he never cared enough to come home and find out what really happened until he needed to know for professional reasons. I found myself a bit bored with the story, and by 78% almost considered taking a break and putting it down. But I’m glad I stuck with it because I loved the end. 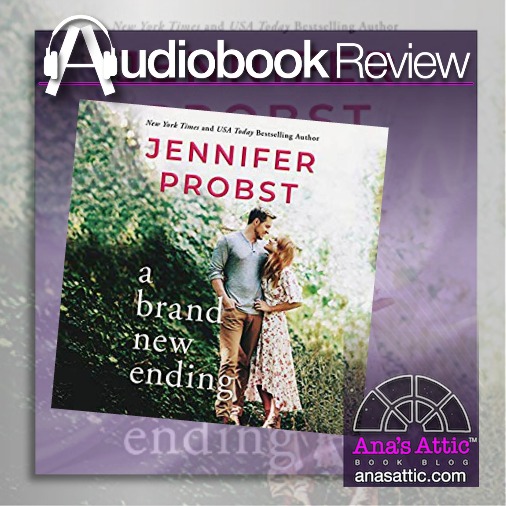