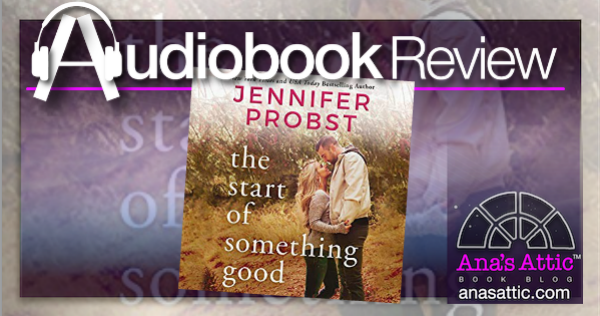 The Start of Something Good by Jennifer Probst

When I was offered an ARC of the second book in the Stay Series by Jennifer Probst, A Brand New Ending, I looked it up and saw there was a book before it. Both audiobooks were $1.99 upgrades so I grabbed them both and settled in for a Probst binge. It’s been years since I read her, but I have met her several times and just love her, so I decided to jump right into The Start of Something Good.

I recently read a book with a very similar trope (fashion-conscious city girl on a farm) that I loved so I honestly do believe it may have affected my enjoyment of this a bit, and it started off a little rough for me.

First of all, it’s third person. I never feel quite as connected to a third person book, and it just feels a little more like a traditional old-fashioned romance. Some third person romances are less obvious than others, but here it did feel to me like there was more telling than showing going on.

Former Special Forces paratrooper Ethan Bishop was wounded in combat. He is now home at his sister’s B&B and farm to heal, help, and maybe hide out behind his new grizzly Adams persona. Mia Thrush is a fancy New York PR executive with her own firm. When her biggest client’s daughter runs into a snafu at college, the girl is assigned community service at the upstate farm, and Mia is charged with being her chaperone for the summer.

Mia is SUCH a city girl to the point that she came off as really unlikeable at first. She was so snooty and rude and demanding I wasn’t sure I would get past it, but I did. Her character growth was huge. Ethan wasn’t much better. He was snarky, judgmental and mean when he first met Mia, though it was deserved. The character I really loved was Chloe, the Mayor’s daughter. I also loved the purpose of the farm—they rescue horses that may get put down. The crazy cast of animals on the farm was one of my favorite things about the book. To know Hei Hei is to love him.

As the animosity between Ethan and Mia changed from hate to lust to more, I really enjoyed seeing the characters learn and grow and change. While they were both unlikeable at the beginning, Ethan and Mia grew on me.

“You’re enough. Never doubt you’re more than enough for a man. Because if you belonged to me, I’d get on my knees in gratitude every damn night and make sure you never doubted it.”

2 great narrators you can’t go wrong with, but I think the narration kind of accentuated the third person detachment. I think I would have enjoyed this more if I read it.

If you like Hallmark movies, The Start of Something New by Jennifer Probst is perfect for you. There really isn’t anything overly unique about it, but it was a well-told, well-written and well-paced story of a city girl and a farm boy. It took a little while in the beginning to warm up to both the hero and heroine, but in the end I was totally rooting for them. I looked forward to the next in the series, and my review for that is coming tomorrow.

Purchase The Start of Something Good by Jennifer Probst 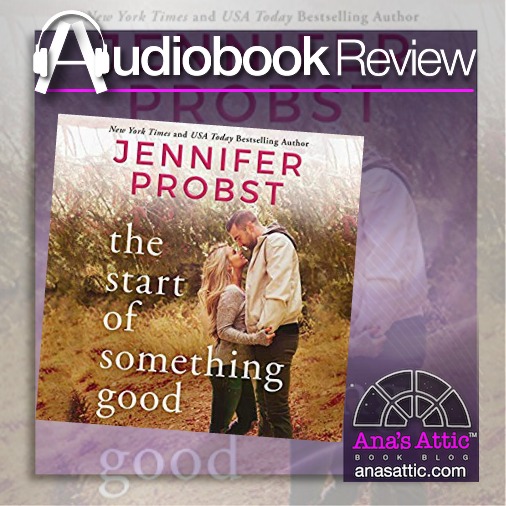