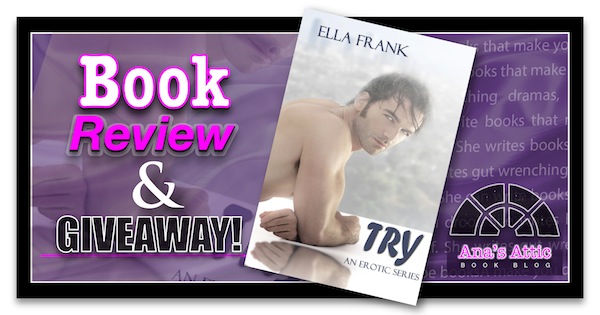 I want to say right off the bat, that I have read a few m/m books, but usually they were part of a series, weren’t human, or part of a menage. They have been OK, but the m/m never really got me going. Usually a book turns me on because, well, I’m picturing myself in place of the heroine. But I have also read all of Ella Frank’s books, and loved every hot story she has written, so I figured if anyone can do m/m right, it’s Ella.

So I convinced myself to just TRY.

Try by Ella Frank turned out to be the hottest book I have read all year! How crazy is that? I didn’t even think I liked m/m! I mean, the book took me like 4 days to read, because every time I got in bed to read, within 5 minutes, I needed some relief, and luckily, my husband was always around to oblige. (Yay for the kids sleeping out!) Piece of advice ladies: I was smart enough to keep what I was reading private, because knowing my husband, we would have had some shrinkage, had he known. After 25+ years together, I know this. You may want to think before you share.

“So…I like to try a little bit of everything and everyone.” The words sank into Tate’s head, settling in, and then they started to make a whole lot more sense—until Logan, as usual, threw another can of gasoline on the fire. “I’d like to try you.’”

What I really love about Ella’s writing in general is the flirtatious, sexual banter/fighting between her lead characters. Try had it in spades. All that banter builds some major sexual tension, but holy hell, I have to say, I don’t know how any man or woman could deny Logan. Yum…Logan. We met Logan in Edible, he is Cole’s half brother and law partner. But it isn’t necessary to read Edible first, Try is a spin off that is the first in it’s own series, ‘Temptation’. And what a perfect name for the series! Both Logan and Tate are pure Temptation.

Tate is the hot, straight, curly haired new bartender at Logan’s favorite bar. He knows to flirt with customers for tips, even if the customers are guys. But not once has he ever thought of a guy in a sexual way until Logan sat at his bar. Logan is nerd-sexy in his three piece suit and tie and glasses, with a gorgeously perfect body beneath it. He goes after whatever he wants, whether male or female, and says what ever is on his mind. And what was on his mind was Tate.

“What do I need to get you into my bed?” Logan asked boldly.
Tate couldn’t help the laugh escaping his mouth at Logan’s directness. “A vagina.”

Though Tate resisted, he couldn’t help but be drawn to Logan. And Logan kept up his pursuit. He showed up every night, flirting, teasing…making Tate think things he never thought he would for a man. Tate knows Logan’s reputation. Logan had had half of the woman in the bar and some of the men. And left them all happy.

“Tate jammed his hands in his pockets. “Stay away from me.”
“I don’t want to”
“Why? I don’t even like you.”
“Your cock says otherwise. Stop fighting so hard, Tate.”…”And just try.”

Remember, Logan is a totally sexy, very manly, and VERRY convincing lawyer, who always gets what he wants.

“You know what you want to do,” Logan encouraged.
“There’s no one here, and no one is going to come in. Just do it,” he whispered, eyes locked on the conflicted brown orbs, “Try.”
“Do you ever shut the fuck up? Tate questioned.
“Only when I have a good incentive. Give me one…Make me shut up”

Holy shit…Tate made him shut up. And once Tate gave in to his own feelings and admitted he was feeling something for a guy, watching him give in and experiment and learn was so freaking hot, I swear I was like this the whole time.

Of course though, Tate still has his doubts. After all, Logan has lived like this his whole adult life and doesn’t care what others think. Tate comes from a conservative family, was married to a woman, and had never thought about men sexually before at all.

“It’s like you expect me to flip a switch and just accept that everything I ever believed about myself has changed, and that I should be okay with that. Do you know how insane that is?”
“I do. But do you know what else is insane?”
“What?”
“That you still haven’t told me no.”

Tate isn’t the only one who has to Try. Logan has never been in a relationship. But for Tate, he doesn’t want to change everything without something more.

“You’ll get exactly what you want from me, then you’ll be done, and I’ll be stuck on my own, trying to decide what on earth I just let happen.”

Believe me, there was a LOT of sex in this book. Long scenes that were so freaking hot…I just had no idea how hot it could be. Even the stuff that usually grosses me out, for some reason didn’t here. Ella just knows how to weave a great romance into all the sex. And given how much sex there was, I was surprised at how much story there was, because, well, being guys, a lot of the story happens during sex.

“I’m going to make you tremble so fucking bad, your knees are going to give way.”
Tate breathed heavily against his mouth and challenged, “Bet you can’t”
Pulling Tate’s head back, Logan sucked on his neck and throat and then licked over Tate’s Adam’s Apple where he promised, “I will, or I’ll die trying.”

Try by Ella Frank had the things I love most in a book. Fun, flirtatious banter, characters I like, and a dominant guy I fall for. In this case, it was doubled. TWO sexy guys, BOTH with manly, alpha personalities, and Logan was the king of banter. Oh how I wish I could be the cream to that oreo!

The story ended with a happily for now, but there is much more story to tell. As much as I want to read more about this couple, I’m not sure I will love the second book about Logan and Tate, TAKE, releasing next summer as much. Part of the exciting thing I really loved about Try is the banter, and the convincing, and pulling Tate over to the dark side. In fact, the first half of the book was 5+++++ stars, but towards the end, when the chase lessened, I didn’t love it quite as much.

But then again….I wasn’t sure I’d love m/m, and Ella proved me wrong. 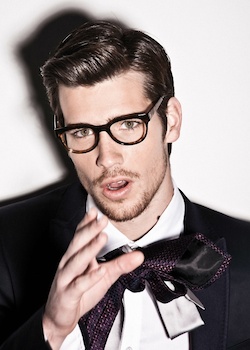 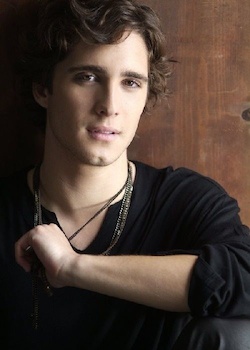 First in a new series, spin off of Exquisite series.
Can be read alone. No cliffhanger, but there is more to say. Happy for now ending.

I’d really like you to TRY Try. And I don’t want you to wait until this giveaway is over! So I’m going to give away your choice of ANY Ella Frank book.