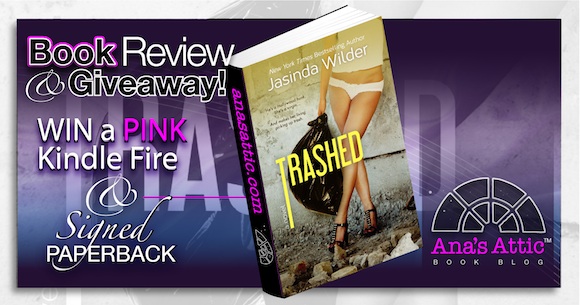 Set in the world of Stripped, but it’s a complete standalone. Contemporary Romance.

Jasinda Wilder. Wow. That woman can write so many different types of books. From rip-your-heart-out emotional, to hot-as-fuck exciting, to light and sexy fun. Trashed was the latter. It was a perfect easy-reading break for me, and despite it being 450 pages, it was a quick, very hot, romantic read. Trashed kind of reminded me of a chocolate ice cream cone…sweet, decadent, dirty, and it made me smile the whole time.

“You’re a famous Hollywood movie star. You got mobbed in the hotel lobby. I’m no one. I’m a trash collector.”

There was nothing surprising in this novel. Hot movie star meets virgin, 22 year old garbage collector. It’s every woman’s Cinderella/Pretty Woman fantasy. But in Jasinda’s talented hands, even a common story line takes on more dimension.

Des is gorgeous, but doesn’t know it. At almost 6 feet tall, with curves and a little meat on her bones (I’m picturing a size 10-12), she doesn’t understand what a hot movie star sees in her when he could literally get any girl he wants.

“I’m intrigued by you. You’re fascinating. I can’t figure you out, and I like that, You’re not impressed by who I am, and I like that even more. You’re so drop-dead fucking gorgeous that I can’t stand it. You’re so sexy it’s not even right.”

Des has had a rough childhood in the system in Detroit. She has learned through years of bad situations, never to trust anyone. She is clearly closed off to Adam, and he wants so much to learn more, but he refuses to push too hard, in the fear that he may push her away.

“Don’t trust him, part of me screams. You can’t. He’ll hurt you. He’ll betray you. Everyone else has and everyone else will and you know it.”

Besides, he is only there for the weekend, so despite the connection they both feel, he is leaving to go back to Hollywood. But that doesn’t stop him from wanting Des like he has never craved anyone. 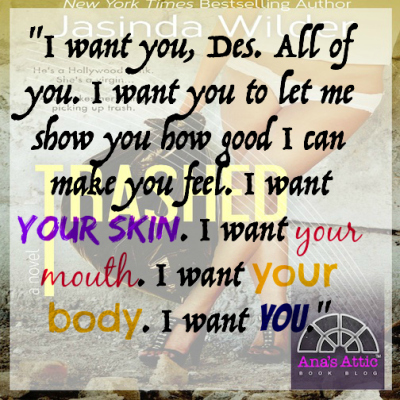 The sex scenes in Trashed may perhaps be the longest Jasinda has written, if that’s possible. Seriously, my vagina hurt just from reading it! But also in the sex, was the incredible connection the couple felt, and while at times it felt like it went on forever, it still furthered the story.

“I won’t change who I am. I will not be made to feel any less valuable or attractive than anyone else just because I’m taller or weigh more, or because I’m shaped a certain way. I can’t look any other way than I do…and honestly, I don’t want to look any other way. I like how I look. I’m learning to be comfortable in my own skin.”

Trashed was an easy, quick, super sexy & fun read. I grinned the entire time, and despite the fact that it’s a common theme: virgin poor girl meets millionaire movie star, Jasinda added her magic and delivered it in a way that is a step above books that have similar themes. 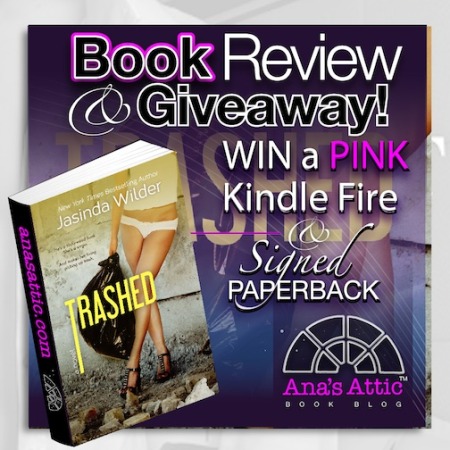