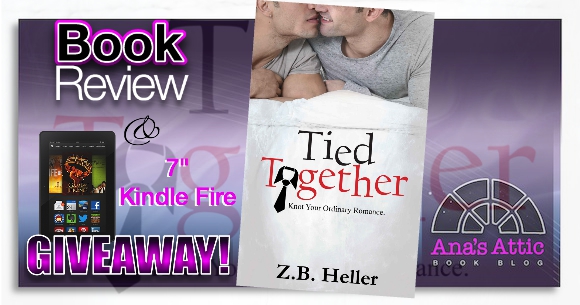 Tied Together by Z.B. Heller

To start off the review, I must qualify this with the fact that I am not normally an m/m fan. Nor have I read the Moxie books by ZB Heller beyond a short story. But the promos were so cute, and I just love Zolie, so I wanted to get out of my comfort zone and go for it.

I thought Tied Together by ZB Heller would be an over the top laugh-fest, more silly than serious. And while there are some light-hearted, laugh out loud moments, this was a true, sentimental, angsty romance. And I loved every second of it.

The book was told in basically three sections spanning many years. We start by meeting Ryan. Ryan is in high school, very well adjusted, gay, and accepted by his family. He is popular, confident, and just a great, outgoing guy.

Brandon was the opposite. He lived in a trailer park with abusive, homophobe parents, and could never, ever let on that he liked boys. He just spent his time studying, and often being bullied. Until one day Ryan stuck up for him against the bullies, and they became best friends.

Brandon loved Ryan, but his fear of coming out was so strong he never admitted he was gay, so Ryan just wished for it.

To a night of friendship,” I said, clinking Brandon’s glass. What I really wanted to say was, “Here is a liquid potion that will automatically turn you gay so I can get well acquainted with your butthole.”

These guys were so close, and even with the funny and silly, they gave me all the feels. Ryan was funny, and Brandon was sad. Together they made a very interesting story, with a couple you know are meant to be together if they could both just get over their own drama, even after many, many years.

When they finally get together, I was ready to have a party. 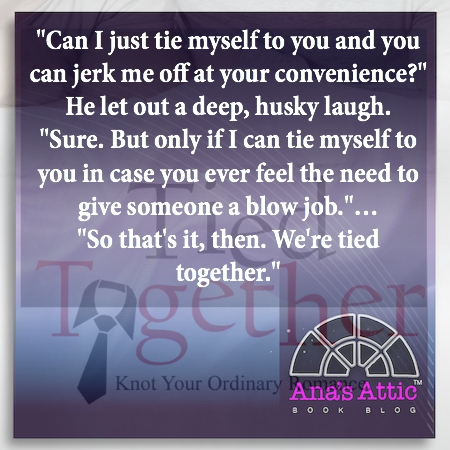 I was pleasantly surprised at how much I really loved Tied Together. It started off with a bang and was funny off the bat, but it mellowed into an angsty, emotional love story spanning 14 years. ZB Heller’s writing style flowed well, and the humor blended well into the book without going over the top. I fell in love with and rooted for the characters, but found that the editing errors detracted from the great story. Still, I look forward to reading more m/m from Zolie, because she does it so well!

Purchase Tied Together by Z.B. Heller 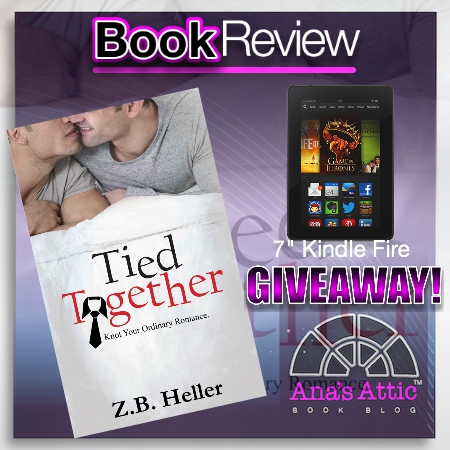