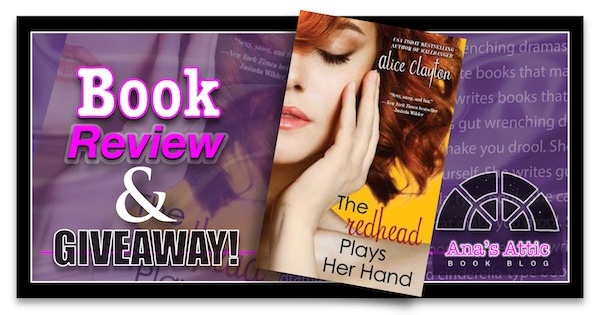 Jack Hamilton is Hollywood’s Heartthrob and has been named Sexiest Man of the Year. He can’t go anywhere without the paparazzi hounding him and it’s beginning to cause cracks in the lighthearted, funny Brit. Especially because he has to keep his relationship with Grace a secret. Grace is finally where she dreamed of being her whole life. Starring in her own TV show that’s just starting to film, the show is getting lots of Hollywood buzz. But the problem is, so much of the buzz is speculation from the press about Grace’s “is she or isn’t she” relationship with Jack and the fact that her show asked her to lose 15 pounds in the two weeks before they start shooting.

Jack is filming a movie in the Las Vegas Desert with co-star Adam Kasen, known to be a Hollywood bad boy. This guy is a total dickwad, but Jack is loving going out and partying with him every night. Drinking until he can barely walk, he isn’t the Jack we know and love. Grace, usually the immature one in the relationship despite the fact that she is 9 years older than Jack, now has to decide whether to stand up to Jack, or let him blow off his 24 year old steam. She tries to bring it up a few times, but Jack knows just how to distract her, and it’s usually with his tongue or just by being adorable.

“No way. Uh-uh. No boobies till we talk.” I tucked the sheets under each armpit and clenched my hands at my sides.
“How about one booby? One booby while we talk, and if I can contain myself, then I get them both before breakfast,” he offered, throwing his hands up in the air in supplication.
“How old are you?” I asked, raising one eyebrow.
“You know ruddy well how old I am. Recovery time, remember? Now drop the sheet on the left one and talk woman.” He poked me in the left shoulder.
Sighing, I adjusted the sheet so that the… good lord… so that the “left one” was out.
“Okay, what were we talking about?” he asked it.
“Eyes up here, George. It’s out, but you still have to make eye contact.”

Meanwhile, Grace has been starving herself on the ‘cucumber and air diet’ (which Jack does NOT like), and while she takes off most of the weight, as soon as she starts eating again, it comes right back on, and then some (surprise! she’s human!) Hollywood makes her out to be a fat cow because she is a size 8! AN EIGHT! Such a big deal was made about her size, that The Redhead Plays Her Hand began each chapter  with snippets of articles from all the online sites and magazines. Finally an article made her see the lunacy of the situation and she wised up. I loved how she stood up for all women and stopped playing into the hands of the Hollywood rumor mill.

“And in that moment, I realized how out of control everything had become. Big, small, curvy, or bony, beauty was beauty. I was healthy. I was exactly the size I was supposed to be, and that was it.”

With Jack and Grace apart so much, and the fact that they can’t even leave the house together without hiding their relationship, Jack is really feeling the strain. There is no doubt how much they love each other. This is one of my favorite things about this book. The love is never in doubt. If Jack and Grace are cocooned together without the real world getting involved they are great, but the press and public pressure makes everything so much harder.

Unfortunately…Jack was spiraling down to a bad place, and it was heartbreaking to watch. I understood why Grace didn’t push. She didn’t want to be his nagging old lady, but he was in a scary place that could have continued to get worse.

One thing that never suffered was their sex life. Jack was such a horn-dog, he was adorable, and he could never keep his hands or mouth off of Grace.

“Mmmm, Jack,” I sighed, my eyes opening to take in the dark night, the stars above me twinkling, as the star below me thrust, low and deep”…

“He clutched at me, shaking as I shattered, face nuzzled into my breasts as his breath came as heavy as he did. “Love you, Grace. Love you. . . so much.”

*Note: It had been over a year since I read the last Redhead book. I didn’t re-read, and didn’t really feel like I needed to.

Purchase The Redhead Plays Her Hand by Alice Clayton

(Amazon should redirect to your country, let me know if it does!)


Check out this webshow about Curvy Girls in the bedroom I did (with laryngitis) with Alice!