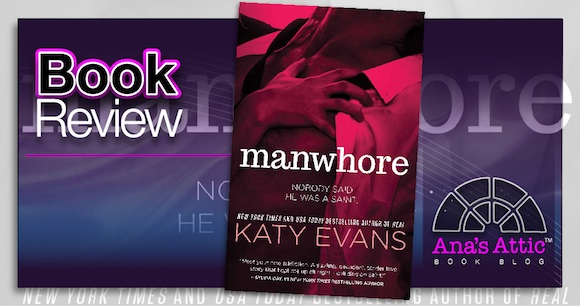 Contemporary Romance. Does Not Stand Alone. Book 2 comes out this summer.

I was so excited to read Manwhore by Katy Evans. I did read Real, and though I liked her writing, I didn’t like her portrayal of manic depression, and felt like she changed it from a werewolf book to manic depression at the last minute, so I didn’t continue the series. But I love a manwhore who changes for the right girl, and I know how many people love Katy, so I requested the ARC.

I really wanted to love it. The reviews are phenomenal. But nothing happened. Seriously…NOTHING. I was reading the book (for 4 days!) and rolling my eyes while on vacation, so I thought maybe it was my mood. So I put it aside, read another book in 1 day, and came back to it. 3 days later, I finally finished to a cliffhanger. The last 10% was the best part, but still nothing unexpected happened.

Here is the story in a nutshell: Young, hungry, hot reporter Rachel is given a magazine saving story–write an exposé on manwhore millionaire (with asshole friends) Malcolm Saint.

“I’m not endearing to people, Miss Livingston. I’d say people respond to me on four levels and four levels only: they want to pray to me, be me, do me or kill me.”

She goes for the interview with him knowing she is a reporter, but he thinks she is just writing about one of his companies. So the entire book is her body betraying her and she can’t keep her hands off Saint. She’s worried about when he finds out what she is doing, but that doesn’t stop her. And of course, she can’t just tell him (WHY? Because then there would be even less of a story!). That’s it. There is no major conflict. He’s not into BDSM. He wasn’t abused. He’s just a rich guy who finally gets a girlfriend, and the guilty girlfriend who falls for him, but is always waiting for him to find out. Hence the cliffy. Sigh.

The entire book was about her obsession with him, and her knowing it’s wrong but doing it anyway.

“I want him so deep I’ll end up broken. I want to forget there are multiple reasons why this isn’t a good idea–because it doesn’t matter if it’s good or even right, only that I give my body what it wants.”

“Inside, I’m aching. My body’s aching in places it shouldn’t even ache. I didn’t know your breasts could ache like this and it could have nothing to do with PMSing. Deep inside, between my legs, where I want him, I ache.”

“Every breath reminds me my body is tight and throbbing, every breath hurts because of him.”

“This wasn’t part of my plan. I’m supposed to write an exposé about him, not let him expose me.”

Even her breasts heave and she trembles with desire. And holy shit, can she blush! In fact, 46 times she blushes!

I actually liked Saint, and wish we got a little more of him. It was more about Rachel’s obsession. But there were a few times that Saint got me… 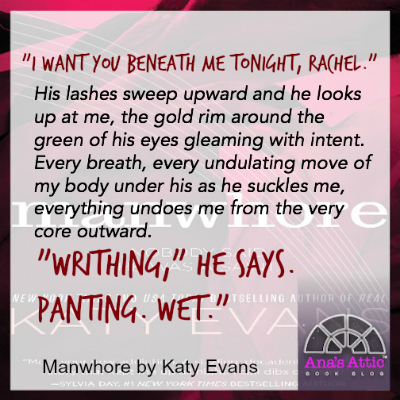 Saint valued honesty and loyalty over all other traits. Rachel was lying. What do you think will happen?

I wanted so much to love this book! I have met Katy and really like her, so this review was so hard to write. It took me over a week to read Manwhore, and basically nothing happened that I didn’t predict right from the blurb. Rachel’s heaving breasts just couldn’t resist Malcolm’s charms, and her obsession with him was non-stop in her head. She knew it was wrong to get involved with him, but of course, her body betrayed her (eye-roll). The last 20% finally picked up a bit, only to end in a cliffy. Manwhore seemed like a book right up my alley, but sadly it just didn’t click for me. But you should know, there are a ton of great reviews for it, so I appear to be in the minority. 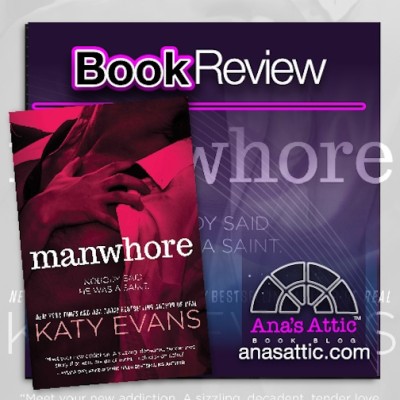