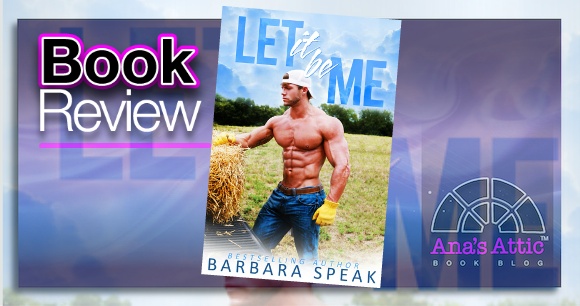 Let it Be Me by Barbara Speak

New Adult. Can stand alone, but a follow up is coming.

Though I don’t usually read NA or cowboy books, I was asked to review Let it Be Me by Barbara Speak book and accepted before realizing what it was. Since I rarely read either of these type of books, it was actually a nice change for me.

Let it Be Me began with a sullen teenager, Arianna, and her younger half sister moving to to “Nowheresville” Montana with her mentally absent mother and abusive stepfather because of something she did. We don’t know what Arianna has done to force the family move, but we know it’s bad enough that she is not allowed to talk about it. Arianna’s mom is practically a vegetable and lets her stepdad spew hate at her and beat her daughter. The only light in her life is her little sister Shelby. Arianna is biding her time until she turns 18 and can get away.

We see her first day in a new small-town high school with people who have grown up together, and there is of course, the obligatory mean girls and male flirts. And then there is Canyon, her neighbor. Yum. Canyon is in his early 20s and gorgeous. He seems to be running the farm next door by himself, and harboring lots of secrets himself. “Ari” begins helping Canyon work his horse ranch, and in turn changes from a city girl to a country girl pretty quickly.

I enjoyed how Ari and Canyon’s relationship wasn’t rushed, and how Canyon’s secrets gradually unfolded. But Arianna’s were bigger, and it took almost the whole book for her full story to come out. And when you get the whole thing, boy, it’s a doozy.

I really grew to care for Canyon, and my heart broke for him, and all I wanted was his happiness, whether it included Ari or not…I just hoped she was smart enough to realize what a prize he was and stick around beyond her 18th birthday.

No amount of time will ever be enough with you, Ari”

Let It Be Me by Barbara Speak is great for the YA/NA cowboy lovers. Canyon is the perfect book boyfriend. I mean he’s flawless. He is popular, independent, loving, romantic, hot-as-hell, talented, smart, protective, great to her little sister, amazing to his animals…seriously perfect. Can I have a Canyon? Let it be Me was certainly a unique story, filled with twists and turns that kept me guessing the entire time without ever figuring it out. For me, I found the pacing a little off, with the beginning a little dragged out and the end a bit too rushed, but not enough left unsaid for me to be desperate for the next book to find out what happens. If you like cowboy books, especially young hot bull riders, you won’t want to miss Let it Be Me, but don’t expect a totally hot cowboy book, Let it Be Me leans more to the YA end to the NA scale. I still loved the mystery, and was eager to find out the truth, so be prepared for a suspenseful book with lots of surprises!

Purchase Let it Be Me by Barbara Speak 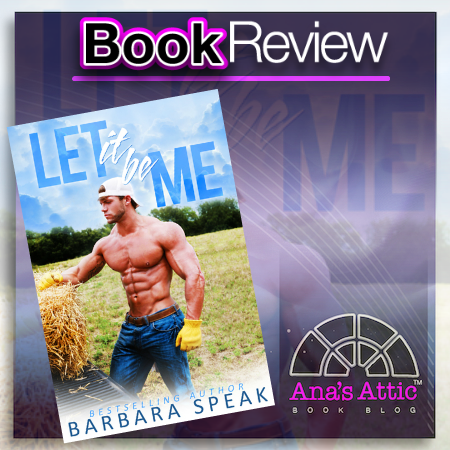