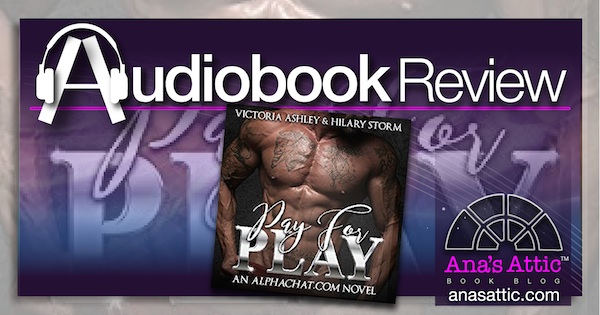 Pay for Play by Victoria Ashley and Hilary Storm

Holy cow, thank goodness for the hot flashes, because I needed that fan close by when I read Pay for Play (Alphachat.com #1) by Victoria Ashley and Hilary Storm. This book was so crazy hot, but it also had a story I truly enjoyed. Note: I am writing this review nearly 3 weeks after finishing so I may be less detailed than usual.

Rebel is a graphic designer who spends her life working in front of the computer instead of living. She is just starting a new part-time job as a bartender to get herself away from the computer. Her horny friend sets her up with an alphachat account just to get her thinking of sex. After she comes home from her first day of work all hot and bothered because her new boss is dangerously sexy, she decides to check out the website. Imagine her surprise when she finds out the gorgeously sexy naked guy on the other side of the computer is her boss!

“How the hell am I supposed to work for someone that has this much power over not just me, but my body?”

Lynx actually had a house built especially so these guys that work for him can all live there together, so the side characters are just more hot and sexy men! The storyline revolves around the guys and alphachat almost as much as the romance, but that was just fine with me.

Despite what Lynx does for a living, you never doubted what he felt for Rebel right away.

“You have my head all fucked up with thoughts of you and you don’t have the slightest clue what you’re doing to me.
I like you Rebel. I could give a shit I’m your boss. I don’t care for rules, much.
Never have.”

But Rebel, on the other hand, had all sorts of doubts (wouldn’t you if you knew that women paid thousands just to see your man’s dick?) so she does a few stupid moves out of miscommunication and jealousy. The book was 5 stars for the first half, but she fought the relationship for a bit too long for my taste, and the second half just seemed a little too over-the-top, but I was still totally enjoying it.

His voice was perfect. Deep and sexy. She was young and cool and normal sounding. This was one of my favorite duos.

Yum! Pay for Play was a pleasant surprise. I am surprised I haven’t heard more about this book. If you like a little ladyporn with lots of story, this is a great choice! Pay for Play had humor, banter, a lot of very sexy men, a smart and devoted hero, a strong, likable heroine, tons of hot sex with a little kink, and awesome narration. I will definitely be picking up the next in the series soon. 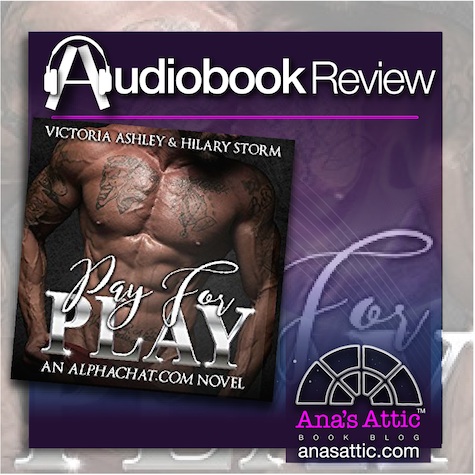