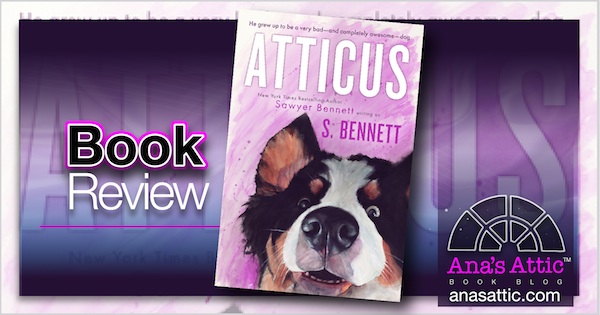 Atticus: A Woman’s Journey with the World’s Worst Behaved Dog

Women’s Fiction (though men will like it too). Standalone.

When I read a book I am totally gushing over, I try to wait a little bit to review it to see if the euphoria wears off. But after reading Atticus: A Woman’s Journey with the World’s Worst Behaved Dog by Sawyer Bennett, I wanted to start the review right away because I am just too excited to share it with you! Sigh….Atticus was everything I love in a book and so much more! I smiled the whole time, even when I was crying. I completely fell in love, and can’t stop gushing about it! While you don’t have to be a dog lover to appreciate Atticus, any animal lover won’t be able to resist this one. Told in dual point of view from both Hazel and Atticus (my favorite chapters of course), you won’t be able to get enough of this doggo.

“Did you know your foot smells just like Frito corn chips?” (I love this line because so do my dog’s feet!)

Hazel is basically a loser in a dead-end life. She is 32, a high school drop-out, her husband cheated on her then kicked her out with nothing, she has no car, she is working as a bartender in a dying bar and sleeping on her friend and her horrible boyfriend’s couch. Hazel is flat broke, miserable, and sees no hope in her future.

Atticus is a curious little pupper. He was part of a breeder’s litter of Bernese Mountain Dogs with one blue and one brown eye. He was so much more curious and sneaky than his brothers and sisters that he couldn’t resist wandering off to investigate the delicious smoky smell. Next thing you know, Hazel is walking by a ditch to spend her last few cents on cigarettes and hears a whimpering puppy. She finds the pup covered in slimy mud and wrapped in barbed wire. Tempted to leave it in the hopes that someone better finds it, or it dies painlessly, Hazel just can’t walk away from the pitiful creature.

Both of them wet and hurt and shivering, they wait at the local vet for them to open. When the angry old vet Dr. Peele arrives, he won’t look at the dog for free. Hazel will have to work it off. And even though she bonded with the puppy, she can’t take him.

“I can’t even take care of myself, much less a dog.”

Of course, she can’t resist the dog with the huge personality and expressive face for long, and Atticus gets attached to Hazel quickly. He can read her moods and knows who is friend and who is foe.

My tail wags because it’s the most perfect place to get scratches. Hazel leans over me, and I smile up at her while she pets me. “You’re a good boy, aren’t you, Atticus?” Why yes. Yes, I am. I give a little woof of acknowledgment.

So began Hazel’s rebirth. Now that she had something to care about, to get excited about, and something she needed to be responsible for, Hazel began to clean up her act. She worked days at the vet to work off her bill and hid the dog in the back of the bar at night while she worked. Until Atticus caused a little too much trouble. 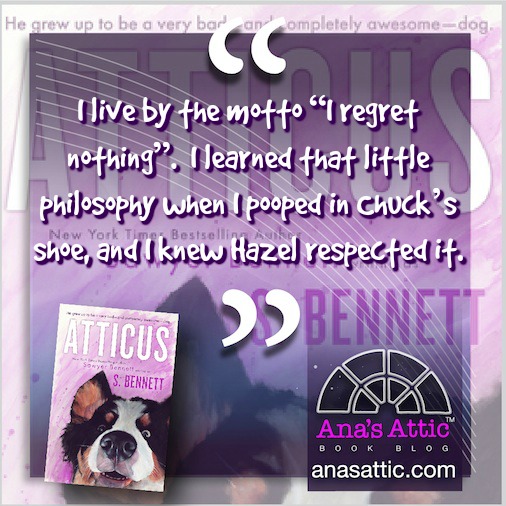 “Just think about what a trio we made. A cranky old veterinarian, a worthless bartender, and a homeless guy.”

I so loved watching Hazel blossom into the woman she became with Atticus by her side. But my favorite were the chapters from Atticus’s POV!

“But seriously… they can’t leave a yummy, savory, pork-smelly piece of food out and think I’ve got the willpower to resist. Hazel had it in a pan while the oven was pre-heating. She went to the bathroom… and the opportunity presented itself.”

“Her first clue I was up to mischief should have been in the fact I didn’t follow her in to watch her potty. She didn’t even leave the door cracked to keep an eye on me. I swear, I don’t know where that woman’s head was at, but there was nothing I could do.”

“She smells of disloyalty and cat dander. I try to ignore her for a little bit, but that never quite works because I love her too much.”

“I’m fascinated by that tiny human sitting on Liz’s lap. He smells amazing, especially his butt. I watched earlier as Hazel tried to help Liz change a poopy diaper. My mouth watered, and Hazel gagged.”

I am re-reading through the book to pick which of the quotes to use, and I am right back into it. This is a book I need to read again, I was hesitant on getting the audiobook though, because how well can you do a dog’s voice, right? But I just listened to the sample (included below), and I have to check it out for a re-read because I am not ready to leave Atticus.

“Of course you knew he was in there,” Hazel breathes out softly. “You’re a wonder dog.”
Yes. I. Am.

I think Atticus may be a new all-time favorite. It’s nice to have a book you love that you can recommend to anyone whether they read romance or not. If you are a dog lover (or any animal), you will especially love Atticus. If you aren’t, you will become one after reading it. I couldn’t shut up about Atticus to my family, and I think I read my son half of it. Getting in Atticus’s head was so much fun because my dog Lucy reminds me of him in many ways. She is crazy in love with me, she won’t go out with anyone but me, goes bonkers when I get home (way more than anyone else), sleeps on my head, growls at my husband when he touches me and gets into all kind of trouble even when she knows the rules. For goodness sakes, she poops right in front of her doggy door when I leave because she is mad at me. Until I had this dog, I never really understood how smart and in-sync an animal can be with its owner, and I think that made Atticus even more special to me.

While Atticus is a story about a dog, it is SO MUCH MORE. This was such a strong story about how love and family can come in the most unlikely forms. About recognizing your self-worth and living up to it. About how much unconditional love for another being can change you profoundly. It was about love and friendship and self-worth. It brought out every emotion and made me feel so deeply that my dog had to lick my tears away. Atticus was a saga that spanned around 7 years, so don’t expect it to be a quick, fluffy read about a dog, and grab your tissues. I literally hugged my Kindle (and my dog) when I finished. I can’t help but give Atticus ALL the stars. He’s such a GOOD BOY!

Audio Samples:
I couldn’t get her to pose the way I wanted, so I took a few photos and can’t decide which I like! 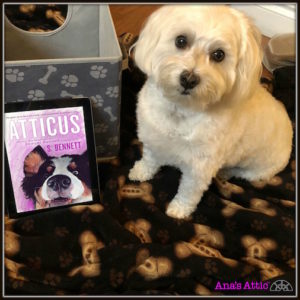 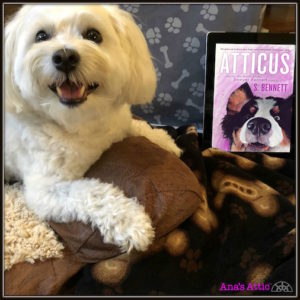 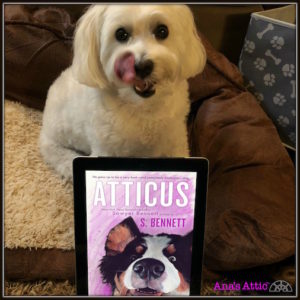 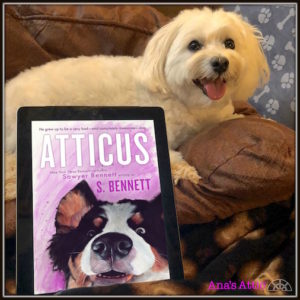 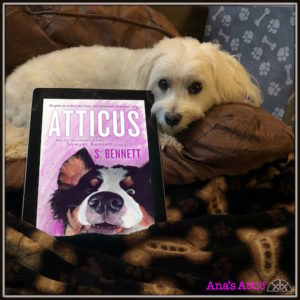 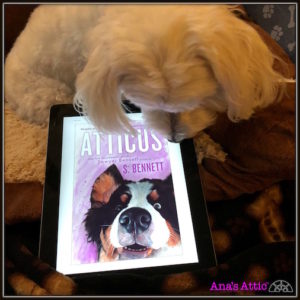 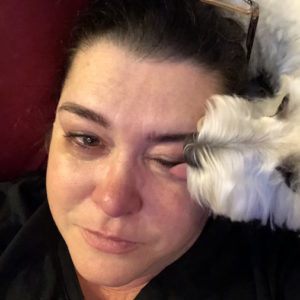 Licking tears from my eyes 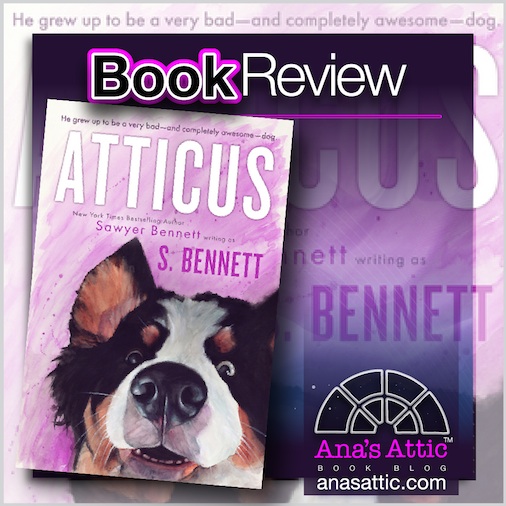