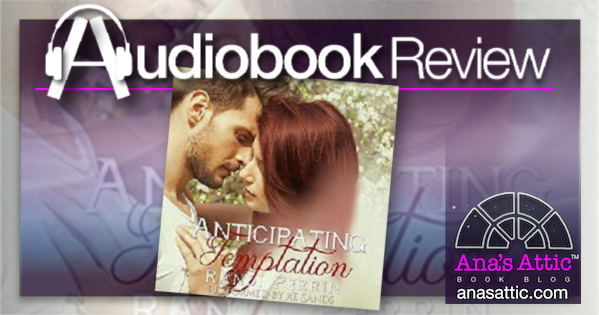 I absolutely love books with women that have weight issues, especially about women who also have confidence issues, because they are so relatable to me. I also usually review a book and then comment on the narration. In this case, the only other book I have listened to with Xe Sands as the narrator was one where she was a regretful woman who died from being overweight. I had a hard time not flashing back to that character in Anticipating Temptation by Randi Perrin and I was worried that it affected my feelings about the book, so I waited two weeks and listened to the book again.

Char, the heroine in Anticipating Temptation just got dumped by the guy she has been with (read: chasing) for 4 years. A guy that never did anything for her, hid her presence from anyone in his life, never took her out or gave her even a birthday present. She gives him an amazing birthday gift, and he dumps her over text and tells her to lose weight. Sadly, to me, Char was sad and kind of pathetic, and I think part of it may be the wistfully sad tone of Xe Sands’ narration.

While there was so much emphasis on her love of ice cream and embarrassment about her weight, I’m not even sure if she was plus-sized. That was never mentioned, and there were a few shopping scenes where she was able to just go into regular stores to buy clothes and people told her she was gorgeous. So I don’t think it’s her weight that was pathetic, it was the fact that she let her ex treat her like that and stayed with the loser. It’s that she always seems to feel sorry for herself and is scared to buy a candy bar or eat in public. It’s that she is constantly down on herself. (The funny thing is, this is me as well, and this book convinced me to stop that shit!)

After weeks of hiding out and eating her depression, her best friend (who I loved) dragged her out to a wine bar where she meets Darryl, the cowboy businessman. Gosh, I loved him so much and I love the way she began to see her self-worth through his eyes. He seemed so gentle and soft-spoken (or perhaps that again was the narration), yet he was a total alpha. The thing is, I didn’t see one thing he found in her that he liked. Maybe I needed his POV, but this gorgeous, famous, successful winemaker instantly fell for the girl who doesn’t drink wine, is scared to eat in public, puts herself down all the time, doubts his feelings, doesn’t like his music, and gets mad at him for a ridiculous reason more than once. I just never understood what the attraction was for him.

I can tell Xe Sands can do beautiful narration, but she felt too sad and wistful to me here. It may partially be because I still associate the narrator with a previous character from another book, and a lot of it was the character herself always feeling sorry for herself, but the combination just kind of depressed me both times I listened to it.

I loved the overall story arc of an already-lacking-in-confidence woman getting dumped and a charming wonderful guy helping her see her self-worth. But I found Char kind of sad and pathetic. Then she treated Darryl like shit when he was amazing, and she pissed me off! We never got Darryl’s POV, so I have no idea what he saw in her that made him fall so hard, but he was just perfect. Anticipating Temptation wasn’t a bad book, don’t get me wrong. I listened to it twice and never once thought of putting it down, but I did find it a little depressing at times. The heroine was relatable (maybe too much), but I never really liked her, and that is so important to me in a book I read. It’s a short listen and you may love it though. Let me know if you try it out! 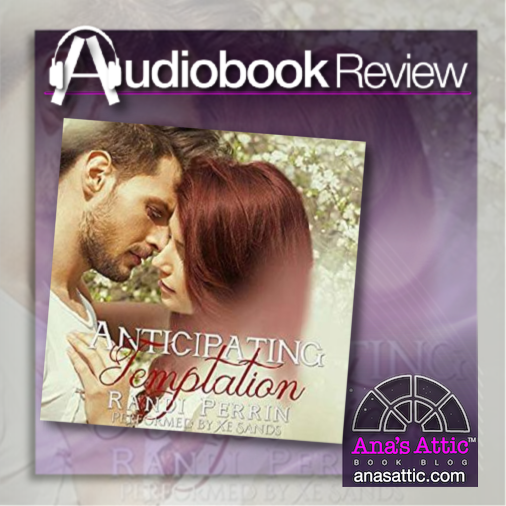