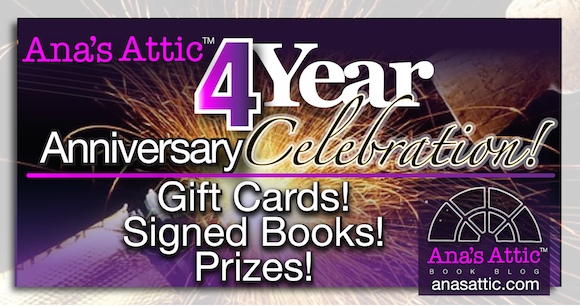 Wow! It was actually 4 years since I started Ana’s Attic back in February 2012, but when I began it wasn’t a book blog, I was focusing on toys and lingerie, and what to read after Fifty Shades. My husband had built me the site as a gift. But the only part I was really interested in keeping up with was the books! At that time I was reading about 5 a week and was dying to share my favorites with more people.

So in June, 2012,  I made the website into a book blog, and here I am, 4 years later, with 5 successful Wicked Book events under my belt, a TON of amazing new friends, and some great girls who help me out on the blog. Megan has been helping for a while, and Dayna and Raegan have been helping on Facebook in the last year. Scheva, Tara, & Joanne help out too. Mr. Ana still does most of my graphics.

I’ve done about 800 reviews, and at least 350 big sale and free lists. Back in the beginning, these lists were bargain finds. The books we really wanted to read were rarely 99¢, and if they were, it was for a very short time, like when the next book in a series came out. I struggled to find 100 every week. Now we have over 600, and I want to read every one of them! I have done about 200 New Release posts, which I try to get up by Wednesday night, and put up my Facebook giveaway at the same time, which ends on Fridays.

Pro tip: I used to redo my lists every week. Now I remove books no longer on sale and try to add about 50 per week. See the top of each category for the new additions, I also continually update the most recent list, until a new one comes out.

I have given away thousands of dollars in gift cards and prizes. I still give away $5 or a new release every Wednesday/Thursday, $20 for my monthly recap and bestseller lists, and dozens of other giveaways each month.

Besides the blog, Wicked Book Weekend has become one of the biggest, hardest things I do. (Teehee, actually that would be Mr. Ana). My husband and I have put on 5 successful Wicked Book Events, and will be taking 2017 off, but we will be back in 2018! I started Wicked in Orlando to meet my favorite authors. At first I just HAD to find a way to hang out with Tara Sivec (and I even shared a suite with her!). Then I added on some of my favorite authors like RK Lilley, Raine Miller, Katie Ashley, Colleen Hoover, Abbi Glines, Jasinda Wilder, Katja Millay and a few more that year for an intimate weekend and lunch. I made signing yearbooks because, since there were no indie signings yet, I didn’t even think the authors had paperbacks, nor did I want any cluttering my house. (SO MANY REGRETS!) Now the signing yearbooks have become a great unique keepsake of all of the Wicked Book Weekends. That first year, I didn’t even know the authors would need tables, and had them set up on the bar!

But it was the coolest weekend ever. A few months later I was asked to coordinate an after party to another book signing in Orlando which had some amazing authors, and it was the first time Kristen Ashley came to my event! OMG. From there, Wicked Book Weekend moved closer to home in Ft. Lauderdale so I had more control, and to a beachfront hotel so it would be a great vacation as well. We have had 3 great years there, and will be returning again in 2018. A signing though, is only as good as the volunteers, and luckily I have had some AMAZING ones! 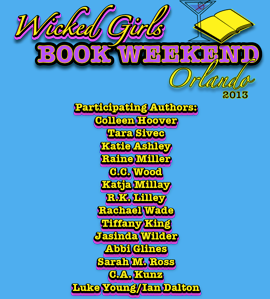 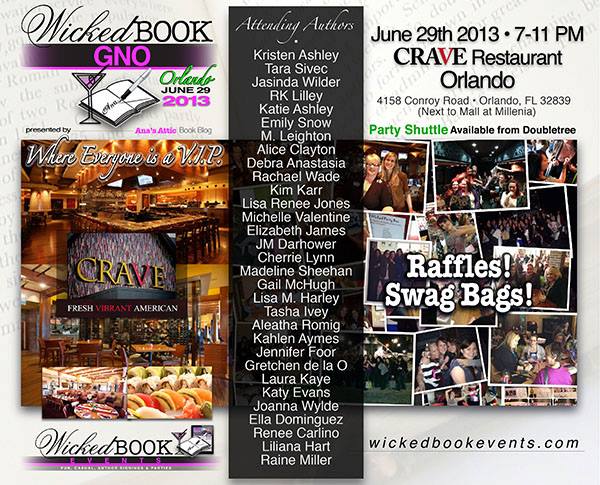 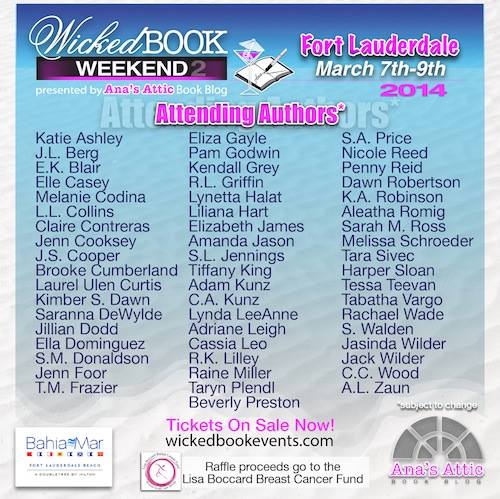 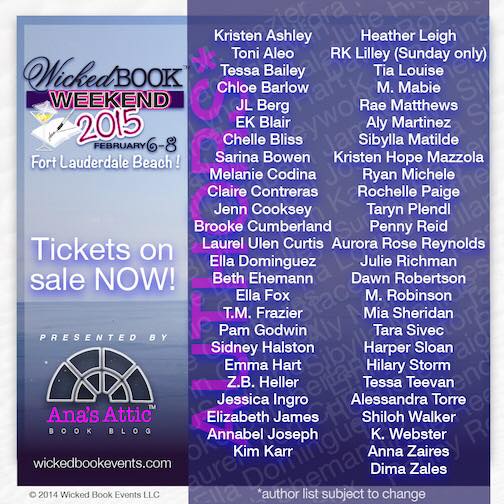 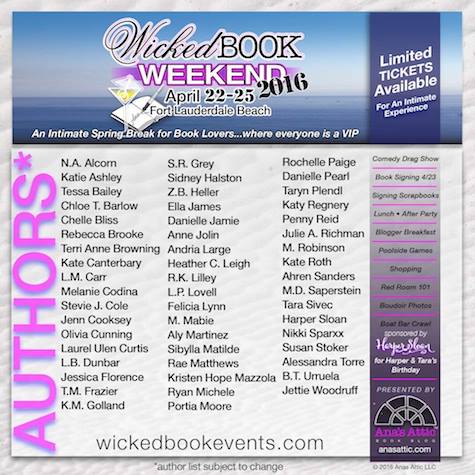 I have become good friends with some of the authors. Many have been back to every event. But I NEVER let it affect my reviews. If they are truly my friend, they will be able to understand that I have to be honest or this blog would be gone. And yes, I have lost some friends over it 🙁

Speaking of reviews, my ratings lean high. Why? I can usually tell if I will love a book right away. If I don’t, I don’t waste my time finishing it, there are too many other amazing books waiting in the wings. Plus, I choose my books the day I read them and very, very rarely sign up for tours so I don’t have to read what I’m not in the mood for. My reviews may be detailed, but other than the fact that the couple falls in love, I don’t spoil. But I do re-word the premise of the book.

Pro tip: Want a short, down and dirty review? Skip to the bottom of my reviews. They always have likes and dislikes and my “Down & Dirty” review summary.

PS: We have a secret group, Ana’s Attic After Dark. Contact me at Ana Ivies on Facebook if you are interested in joining. This is a smutty, adult group. If you are offended, or don’t want hot or dirty photos in your newsfeed, or if you have ever reported a photo, please do not request to join.

To celebrate 4 years, I am going to give away some prizes!

*Mailed items are US only 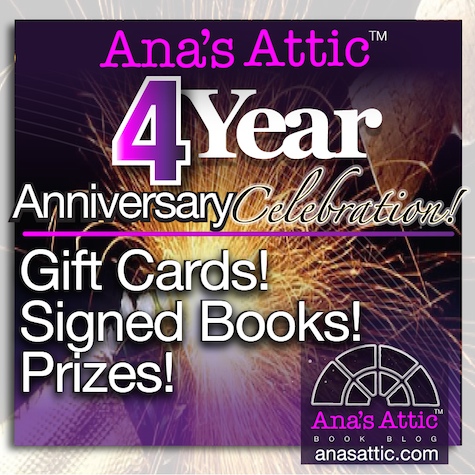 It’s Halloween! How will you be celebrating diff