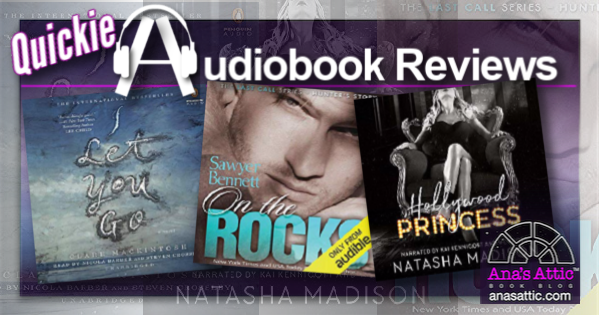 These are a few of the older books I have read recently and haven’t had a chance to review.

I Let You Go by Clare Mackintosh

I Let You Go by Clare Mackintosh is a thriller that opens with a child racing away from his single mother to cross the street and getting fatally struck by a hit and run driver. The story follows Jenna who needs to get away from the memories and moves to a small cottage in a coastal town to escape her past. The story
also followed the two detectives on the case, .

The first half of the book was pretty slow, but around the halfway point it got much more exciting. There were some twists and turns I didn’t see coming, but having a side story about the detective’s personal lives took me out of the story and wasn’t necessary at all. While the twists surprised me, some of it was too coincidental, and the ending was left a bit open.

The narration was dual and because this took place in the UK, they had British accents. I did not like the male voice, but he worked for the character I hated. I liked Nicola Barber very much.

All-in-all I liked I Let You Go, but I didn’t love it. We read this for our book club and I would say the average rating was 3-3.5 stars.

On The Rocks by Sawyer Bennett

I had On The Rocks by Sawyer Bennett in my library for years and I’ve enjoyed Sawyer’s other books so I went for it.

Gabby gave in to her her feelings for her best friend’s older brother and kissed him only to be rejected and made to feel like a fool. 5 years later Hunter is back in town after years on the pro-surfing scene. Gabby tries her best to avoid him, but he has a business offer she can’t refuse. As they finally give in to their feelings for each other, a massive roadblock gets put in front of them.

I loved Hunter, but OMG, it’s been 5 years already and Gabby’s reaction to Hunter is immature and over-the-top, and I just got more and more annoyed with her. I still liked the story and the writing, but Gabby frustrated me enough that it took away from my enjoyment of the book.

“Hunter Markham has the ability not just to hurt me. He’s a man that could destroy me. And that makes me cranky.”

The Narration: Douglas Berger and Bunny Warren were new narrators for me, and I hope to hear them more, I really enjoyed both of them.

The side characters were great, and Brody, Hunter’s brother is the hero of the next book. I want to read more about him!  In the end, I liked the book, but since I usually need to love the heroine to love a book, it wasn’t a love match for me.

“I push down the lingering hurt. I push everything away, and I get on that stage to become Hollywood’s princess.”

Hollywood Princess by Natasha Madison is the second standalone in the Hollywood Royalty series and features a country star with a stalker and her hot and sexy bodyguard. They start off as ‘enemies’ from a past encounter, but he ends up being a super protective alpha. I loved the couple together, and the chemistry was off the charts.

I had some trouble with Brian’s inner thoughts, they just didn’t go with his personality. But my biggest problem with this book is how the author writes the same scene twice, once from each POV. It began to get very repetitive to me especially when I read two books in a row from her.

The Narration: You can never go wrong with Kai Kennikot and Wen Ross. I love her down-to-earth voice, and his deep voice makes me raaawr.

All in all I enjoyed Hollywood Princess. I loved the characters, the steam, the suspense and the chemistry. While I usually love dual POV, I don’t need to see the same scene twice, there are other ways to show the second person’s thoughts on the situation without actually repeating the scene every chapter. Sadly it really kind of got on my nerves by the end. I still love Natasha and plan on reading more from her. 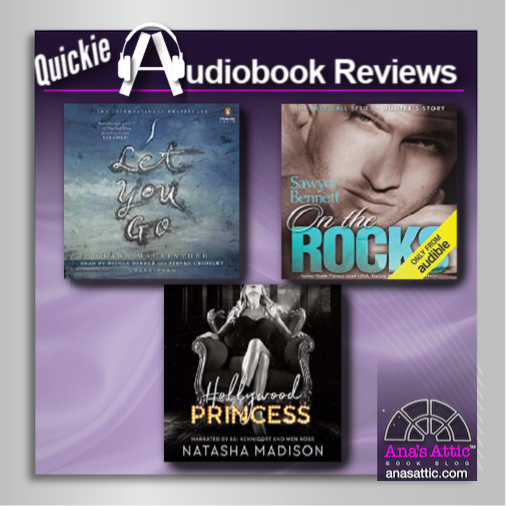