You guys know I LOVE me some Rock Star books! Emily Snow’s Devoured Series is right up there with My Favorite Rock Star Books. Check out the series order with reviews and purchase links here. 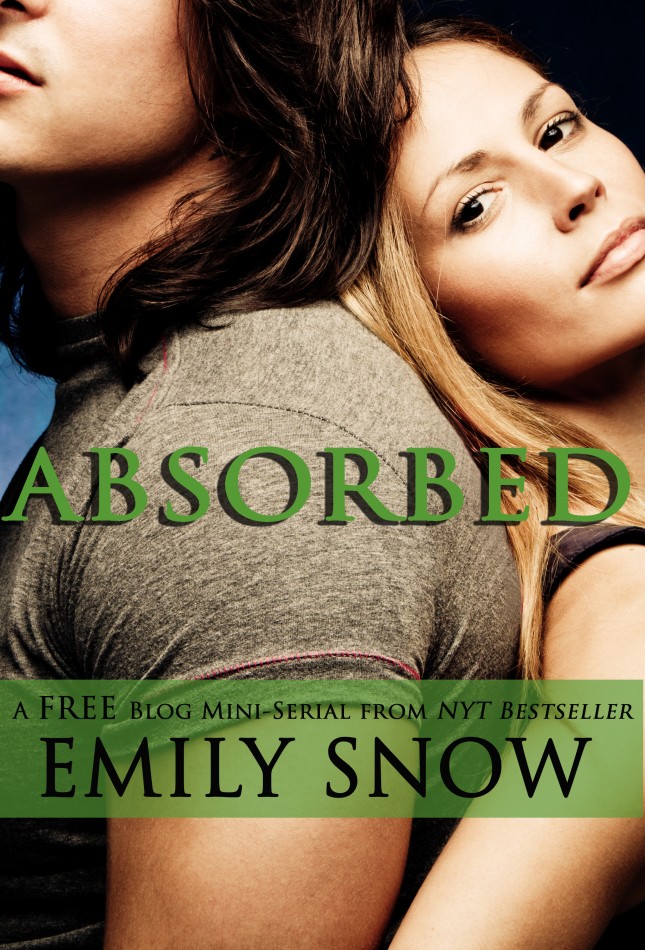 Lucas Wolfe has come close to happiness with Sienna, not once but twice. And both times he’s lost her because of his own fears. This time, he can’t let her go so easily—not now that he realizes that the one woman who said “no” is the one he’s in love with. Sienna is good for his music, and his life, and he’s determined to show her that she belongs with him.

No matter what the consequences.

ABSORBED is a FREE weekly mini-serial written in Lucas’s POV. It takes place between the end of Devoured: Chapter 19 (the Atlanta chapter) and the very start of Consumed, and will be published on Emily Snow’s blog and website from August 16 through September 13. CONSUMED will be released in eBook format from Touchstone Books on September 17 and in paperback in November. 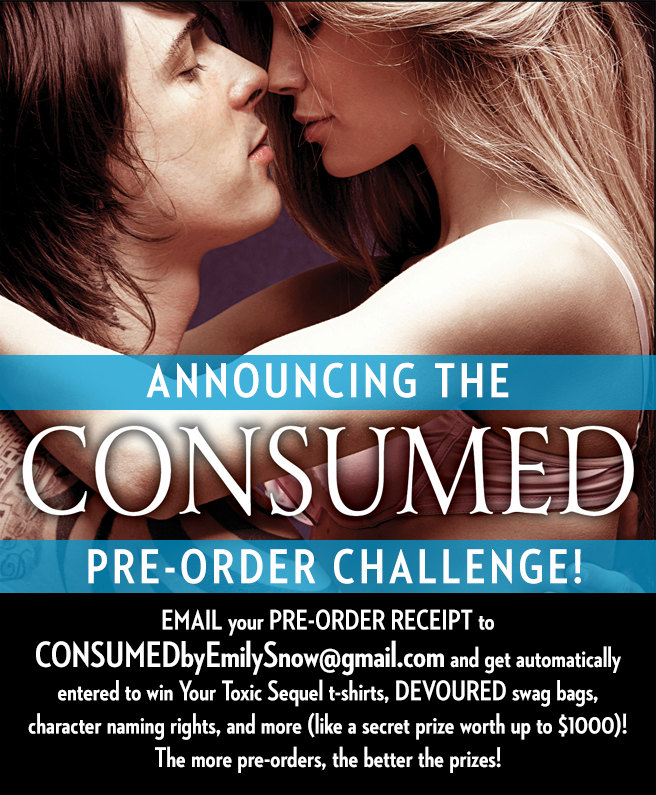 Have you Pre-Ordered CONSUMED? Email the following email address: CONSUMEDBYEMILYSNOW@GMAIL.COM and get automatically entered to win Your Toxic Sequel and Devoured swag, character naming rights, and a super secret prize.

The pre-order campaign is open to EVERYONE who has pre-ordered CONSUMED – whether it was five minutes ago or five months ago. If you can’t find your receipt and you pre-ordered via Amazon, go to the Consumed order page on Amazon.com. At the top of the page there’s an Instant Order Update. Click on it and it will take you to the order summary that you’ll need to take a screen print of. If you pre-ordered via Barnes and Noble, go to Order Status at the top of that website’s page. You’ll be able to find the Consumed pre-order by searching through the Order History. Once you locate the order summary, take a screen print and shoot an email to the address above!

And for a Limited Time, Grab Savor You for 99 Pennies! 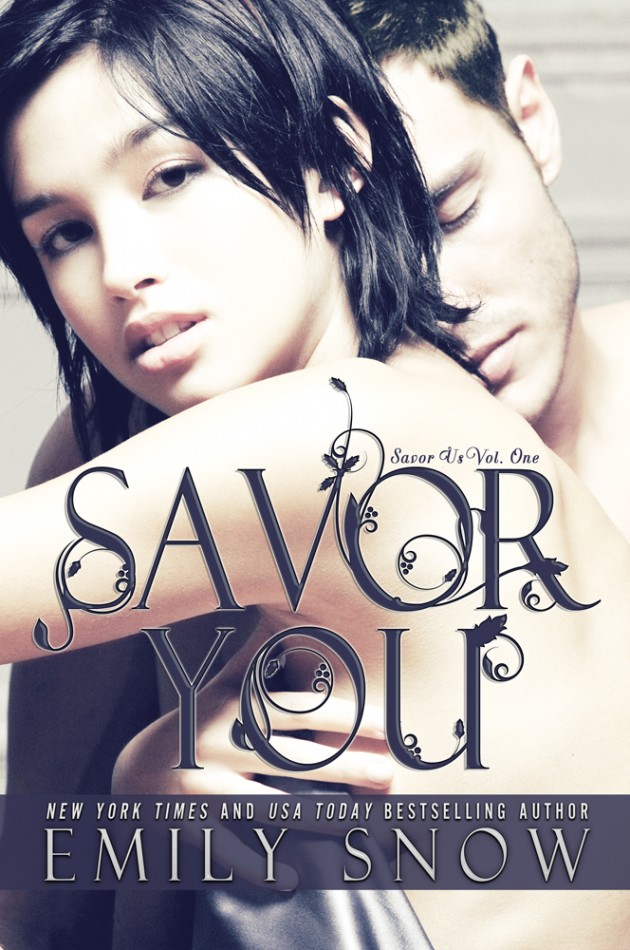 Author’s Note: SAVOR YOU takes place during the events of DEVOURED.

Kylie Wolfe and bassist Wyatt McCrae have been bad for each other for the last several years, but it’s impossible for them to end their toxic push and pull. Not when their attraction is constantly fueled by lust and proximity—she’s her older brother’s Lucas’s assistant and Wyatt is his best friend and band mate.

So when Your Toxic Sequel makes a move to record a new album in Nashville, Kylie decides to make the latest break with Wyatt official by getting the hell out of town. She’ll spend a week in New Orleans. A week to immerse herself in the Mardi Gras scene. One week to not think about the last time she was in New Orleans, seven years ago with Wyatt. Seven days where she won’t have to see Wyatt every day just to fall ridiculously in love with him all over again—where, if she wants to, she can have a normal, no-strings attached fling that won’t end in heartbreak.

Too bad Wyatt ruins everything by showing up, as gorgeous and demanding and awful for her as ever.

Wyatt refuses to let Kylie give up on him. Not without reminding her why they both fell so far and hard in the first place. Not without making her savor the good memories and what could be their last chance with each other.