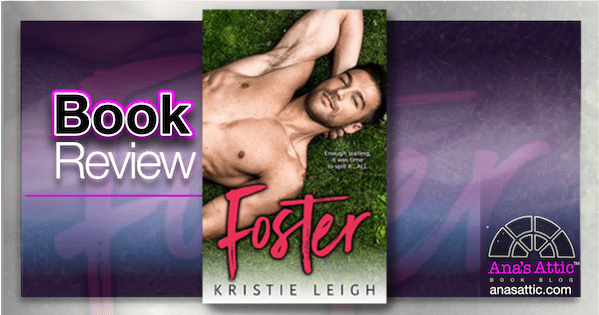 Full disclosure: I know Kristie Leigh personally. While I can usually separate my friendship from my reviews, there are a few women that I knew before I read their books and then felt their personality come through the main character so much that I feel like I would be judging the author and not the book. That is very much the case with Foster by Kristi Leigh. I’m going to do my best to review it fairly, but I am debating on including a star rating. 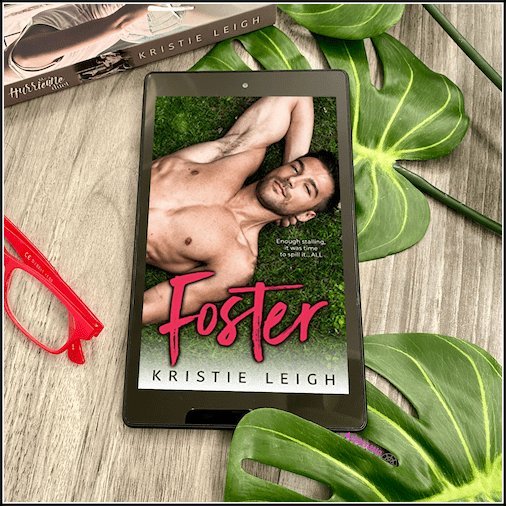 Foster started with an introduction that confused me. I thought it was Kristie writing about herself, but as it went on, I realized it was Kam, the heroine, who is 40, divorced, and shares custody of her teenage daughter. It was a really weird way to start a book and wasn’t necessary. All the stuff told to us in the introduction could have been sprinkled into the first chapter with the same effect. If she wasn’t a friend, I might have DNFd before I finished the intro because I thought the whole book would be told like that.

BUT I’M SO GLAD I CONTINUED.

Once the actual book started, it was so much better! Kam is sassy, snarky, and honestly a little obnoxious, but that worked for her. She is a private investigator with her gay best friend and when she got a job investigating a cheating fiancee, she jumped at the chance to get back at the guy who, it turns out, is her best friend’s little brother who secretly used her in high school.

The story itself kept me involved from start to finish. Not once did I want to put it aside for some TV, but it sometimes felt like a new author who was trying a bit too hard. I still had fun reading it. I love snarky and obnoxious friendships where you call each other whores, but it didn’t always feel natural for the 40-year-old heroine.

It was also clear right from the start that she still wanted Foster, despite her anger.

“He could toss me around a room and I’d like it.
He stuck out like a beacon in the night. His tan skin glistened, and even from afar, I could see the beads of sweat trickle down his arms into the dips of his muscles, as if tracing the lines for my viewing pleasure.”

When these two gave in to their desires, HOLY HELL. I wasn’t expecting this amount of heat from this light romantic comedy! 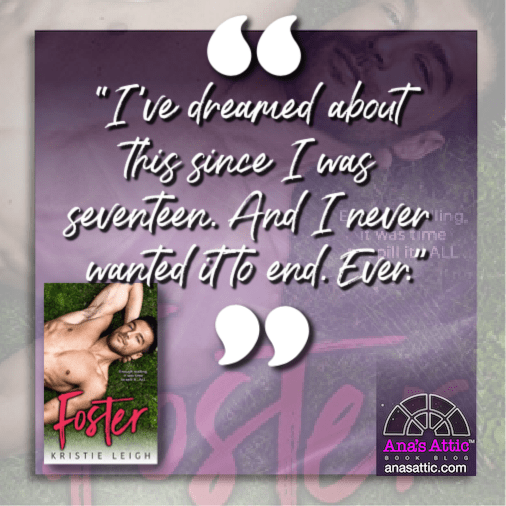 Make sure you read past the introduction because once the book actually starts, it’s a fun, snarky, sassy, and very sexy read. A few things felt like they were from a rom-com textbook, but the story itself was unique and real and I loved Foster. Because I know the author, I am going to hold back on starring this one because I can’t tell how much I am influenced by feeling like I know the main character. But if you like a snarky heroine, Foster by Kristie Leigh may be one to try. 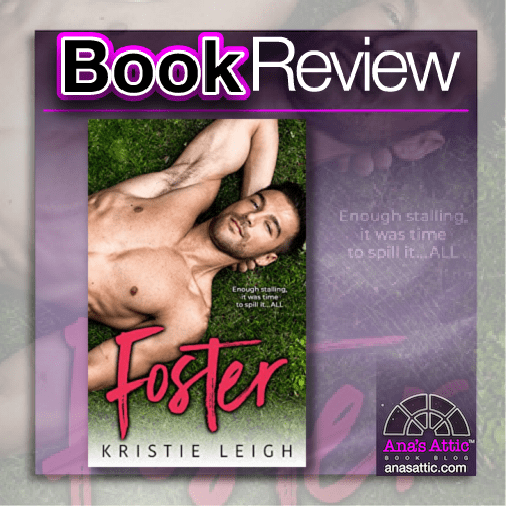