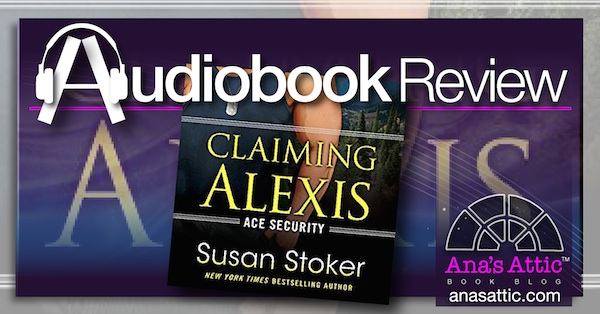 Romantic Suspense, 2nd in a series about different couples. It is better if you read Claiming Grace first.

While I had a few issues with Grace in Claiming Grace, I still really enjoyed the writing, the characters, and the mix of romance, suspense and alpha male. So right after listening to it, I grabbed Claiming Alexis by Susan Stoker. Alexis was introduced in the first book, and I do think that this book would read much better if you read Claiming Grace first.

Blake is the second brother of the triplets that own Ace Security. He’s the computer dude, and a little more quietly alpha than the other guys.

Alexis grew up rich and has been fighting off people’s judgements of her because of it her whole life. People use her for her money so she never really got close to anyone (Read: VIRGIN). Alexis has been flitting around from job to job after graduating with a degree in general studies. But after helping them out at Ace Securities in Claiming Grace, Alexis wants to do more in the PI business. And she wants to take down the gang who was involved in the incidents of the first book.

He wanted to know the real Alexis Grant. Because Blake had a feeling that woman was going to be the most precious thing he’d ever found in his entire life . . . if he could keep her safe from herself.

This isn’t instalove. The couple work together, they each silently have a thing for each other (especially her), but they don’t jump on it. So she is thrilled when she realizes her crush has feelings back.

She, Alexis Grant, virgin extraordinaire, had apparently managed to catch the attention of one of the sexiest men in Castle Rock. Oh shit.

While I enjoyed the book, I found myself doing some eye rolling. I am not a big fan of adult virgin books, but I guess the title says it all.

But what really made me eye roll was that they let this society girl go undercover into killer gangs! WTF? And the cops allowed it too!

Still, I was glued to my headphones to see what happened, so despite the cheesiness, it was a fun listen.

It’s third person, but the narrator was excellent. I think her narration enhanced the book.

Don’t listen to out loud if you have any Alexa enabled devices! They were going NUTS because “Alexis” (said a LOT in 3rd person) sounds just like “Alexa”!

I wanted to love this book! I hear amazing things about Susan Stoker and though I enjoyed it and wanted to listen to the whole thing and was engaged in the story, I found myself doing a lot of eye rolling. It just felt like an old fashioned bodice ripper my grandma would read sometimes. The whole virgin thing made it feel more New Adult than adult to me. Reading other reviews, it seems her fans don’t love this series as much as the others. Since her storylines keep me riveted with the perfect blend of romance and suspense, I definitely want to try a story from another one of her series.

Audible was a $1.99 upgrade or included in KU 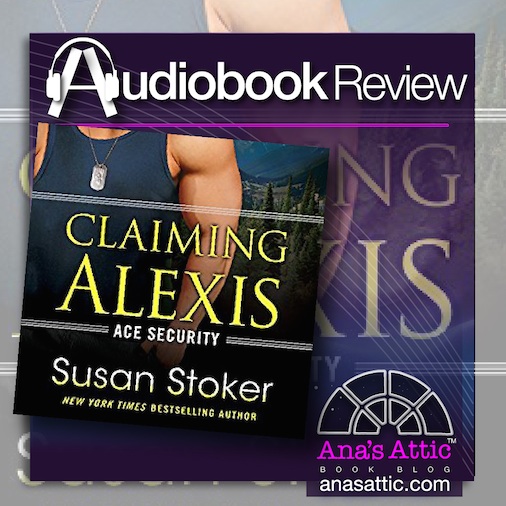