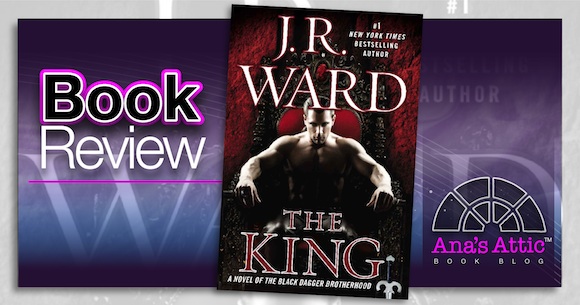 I want to start this review saying that the Black Dagger Brotherhood was a favorite series for me. But as more and more characters have been added, I am slowly drifting away. The last few in the series disappointed me, but Wrath was the reason I fell in love with the series, and I was hoping that it would be kind of ‘back to basics’ for JR Ward. It wasn’t, at all.

I counted 14 separate POVs in this book. FOURTEEN (including Wrath now and Wrath in the past as two different ones). I thought this was a Wrath & Beth book, but it seemed like it was about everyone EXCEPT the brothers.

First, let’s start with Wrath and Beth. Layla is pregnant, and Beth can’t see beyond wanting a baby of her own. So much so, that she sits with Layla every day, hoping it will bring on her needing sooner. But Wrath will not risk her life, or risk forcing a child into his miserable life of being King.

I need you to hear this,” he said in a dead voice, “and know that it’s the God’s honest. I will not service you in your needing. Ever.”
Now it was her turn to breathe out like she’d been socked in the gut. “I can’t….I can’t believe you just said that.”
“It is never, ever going to happen. I will never get you pregnant.”

This was my favorite story, though I must say that Beth ticked me off a little. But Wrath….OMG, I fell for him so much more. And the ending just totally saved the book for me.

We have another story about Wrath’s parents as well, and since his dad is Wrath, I sometimes had trouble knowing which Wrath was referred to, and I found this visiting the past to be a bit confusing. Had it been told in past tense, I think it would have flowed better, because as it was, I wasn’t sure which Wrath was talking at times.

Then right when I’m getting into the storyline, we totally switch to another couple, Xcor & Layla. While I don’t mind their story, I honestly don’t care. I haven’t really grown to care or like either character that much, although Xcor had some of the funnier lines in the book.

Then, as soon as I get into their story, we move to Trez and Selena. I like the Shadows, they are originals, but their story is a big one on it’s own, and I think too much of it was covered here.

Then we hop over to Abalone, a new character….

Then we move to Assail and Sola. Assail is kind of like a nobody, and so is Sola. I like their story, but they really have little to do with the BDB. He’s just a side character and she’s a human. As much as I enjoy their story, I don’t even see why it is here, and why it took up about 25% of the book.

Although I lost a little love for Beth in this book, I still really loved Wrath and Beth’s part of the book the most.  I really enjoyed Wrath’s growth in this book, and he had me really start bawling at one point.

It took me over two weeks to read The King. Sure, it’s 600 pages, but two weeks? I should have finished in 2-3 days, and if I loved the book I would have. I even put it down, read another and came back to it, all the while obsessively checking my percentage to see how much longer I had. I had to push myself to finish it. But then the last 20% came around and totally changed it. I loved the end.

“I can smell you,” he groaned against her ear as he ran his fangs up her throat. “The most beautiful thing in the world—except for your taste.”

While there were some aspects of The King I really enjoyed, there were others that just drove me crazy. There were just too many stories, too many points of view, and too many non-BDB characters. Every time I found myself getting sucked in and enjoying it, it would switch to a completely unrelated storyline. Sadly, this is the end of the road for me and the Black Dagger brothers. I still love the series, but after the initial brother’s books, I think it has taken a tumble downhill. 13 books just has too many side characters and storylines, and the actual guts of the story are getting lost in the shuffle. 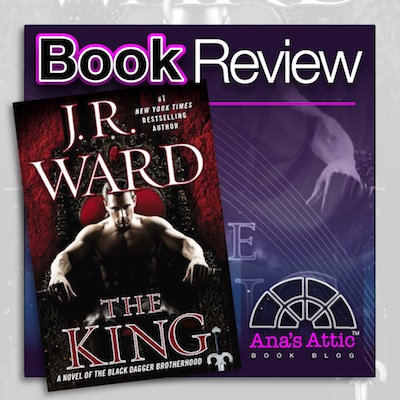