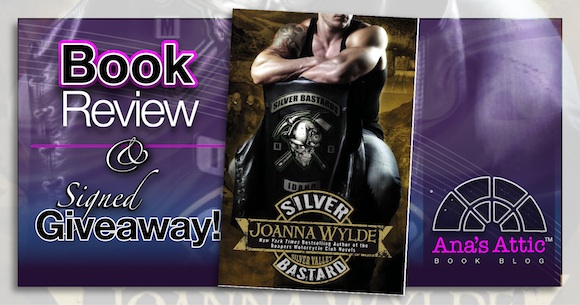 1st in a spinoff series. Can stand alone. Contemporary MC.

Joanna Wylde’s Reaper’s MC series is one of my favorites, so when I heard she was writing a spin-off series, I couldn’t wait! Silver Bastard is the first of the Silver Valley series that has a bit more focus on the town in general, and not just the Silver Bastards MC club. If you are a Reaper’s fan and want more of them, you’re in luck! They all all show up in Silver Bastard, but it is not necessary to have read Reaper’s first, it will just help you know some of characters who appear.

Puck Redhouse was in prison with Reaper MC member Painter for 14 months for keeping his mouth shut and protecting his club. Upon his release, he was offered a full patch and a party at the local MC’s clubhouse. That’s when he saw Becca Jones for the first time. He knew she was different. She seemed shy and pure, and he wanted her for the night. After an amazing night together (So hot!) Puck realizes things are not what he thought, and winds up putting himself in danger and rescuing Becca on his first day of freedom.

Cut to 5 years later. Becca and puck both live in Silver Valley, about an hour away from Reaper’s territory in Idaho. Becca has made a home for herself there and is attending beauty school. She and Puck run into each other occasionally, and a spark is always there.

The guy was mysterious. Kind of like Batman. On a motorcycle.”

Becca grew up in MC clubs, and now they scare the shit out of her. So she tries to ignore the feelings she has for Puck, until one morning they end up forced to interact. And that’s when Puck realizes for sure that he needs to make Becca his again. 5 years of memories wasn’t enough.

Do not think for one minute that I’m the kind of guy who does the right thing. That’s not my style. I’m the guy who does what he wants when he wants, and trust me when I say I didn’t do nearly enough to you that night to get out out of my system.”

Becca lived her life by “The Mom Principle”- doing the exact opposite of what her club-whore mom would do. But that didn’t help her to stop loving her mom, and stop hoping her mom would change and love her back. And a lot of this story is centered on that. Becca needed to grow up and realize her mom was a shit, and Puck Rehouse had done more to protect her than her own mom.

After 5 years of watching Becca and fighting his attraction, Puck is ready to claim her as his Old Lady.

And as soon as she lets him in, he digs in.

I fought for you five years ago and I let you go. That was your free pass. Now you’ve invited me back in and I’m here to stay.

I’ll kill for you. Die for you too. But I will not fucking let you go, Becca.” 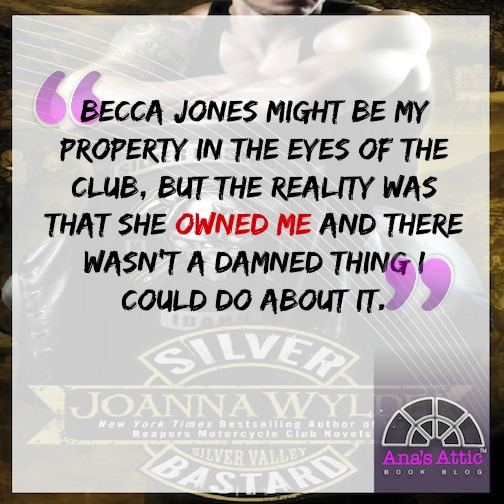 I love Joanna’s writing, her Reaper’s series is one of my favorites. I really enjoyed Silver Bastard. It was very similar to her other books (in a good way) but just had a touch more action and club business, and less romance. I was craving a bit more togetherness from Puck and Becca. Since the book didn’t only focus on the couple, or the club, but also the town, I felt that perhaps there was a little too much side story to compete with the romance. I still enjoyed every page though, and can’t wait to read the next in the series.

Ignoring him, I settled back on my stool and surveyed the room. We sat in Becca’s section, and what I saw wasn’t making me happy. I knew she was a good waitress, but she’d just started here and it showed. Not only had she fucked up several orders, she didn’t quite seem to get the rhythm of the bar. That wasn’t my problem, though.

My problem was that despite these fuckups, nobody seemed to mind. I had a nasty suspicion this was due to her perky tits, friendly smile, and tight little ass that seriously just needed a bite taken right out of it.

She really, really needed to get a new job—every man in the place wanted her. Including me. Especially me. I hated them. All of them. I shifted uncomfortably, because just like every time I shared a room with her, my pants had gotten tight.

Torture. Becca was just so fucking fine on every level, and not just her looks. There was something about the way she carried herself . . . I couldn’t put my finger on it. Like she was dancing through life to some song nobody else could hear. Never met another woman like her—she wasn’t just sexy, she was a survivor and I admired that.

She’d grown up so much since the first time I’d met her. Bigger boobs, a nice fullness to her ass that was nowhere close to fat but would be perfect to hold tight while I fucked her. Her lips had plumped, too, and over the years she’d gained a sparkle in her eyes that turned her from pretty to 100 percent spectacular.

Not to mention how she’d tasted.

Nearly blew in my pants when I’d taken that mouth. Just the memory got me hard. Make that harder. Fucking basket case.

When I’d pulled up to find her sitting outside with Collins, a thousand murder scenarios ran through my mind. And yeah, I know I covered that already, but if anything ever deserved empha- sis, this was it. Collins needed to die. I didn’t care how nice he was. After that I’d throw Becca on the back of my bike and make a run for the hills . . .

Okay, so there were a few problems with the plan, the top one being she hated me. Or she should—I’d certainly given her cause. Boonie nudged me.

“Did I mention you’re pathetic? You want her, take her. Other- wise let it go because you’re an embarrassment to all men in general and to the Silver Bastards in particular.”

Joanna Wylde is a New York Times bestselling author and creator of the Reapers Motorcycle Club series. She currently lives in Idaho. 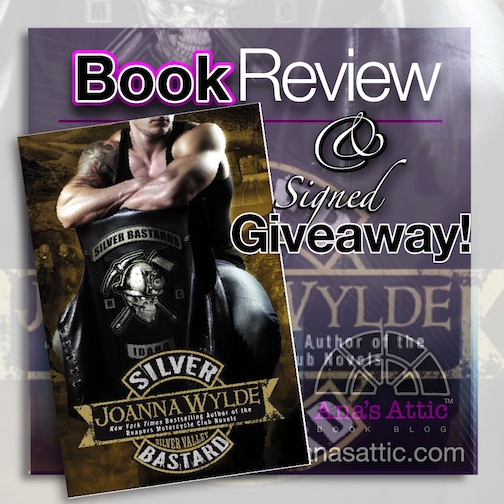