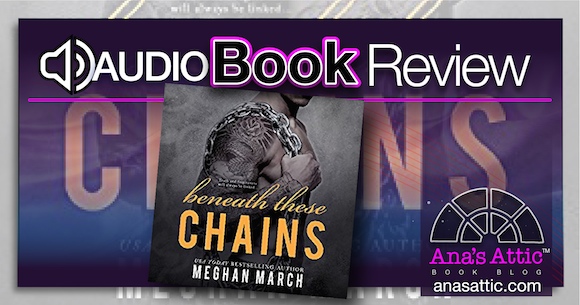 Beneath These Chains by Meghan March

Beneath These Chains by Meghan March is the third book in the Beneath Series of standalones that I have been tearing through and loving. With Meghan March’s writing and Sebastian York (with a slight NOLA accent) and Andi Arndt narrating, it’s a great combination. I think Beneath These Chains is my favorite of the series so far.

We met Lord & Elle in the last book, but you don’t have to have read it before this. Lord is Con’s older brother and Elle is Vanessa’s best friend. Lord didn’t get as lucky as Con, and he spent his years growing up on the streets until he enlisted. Now he owns a pawn shop, Chains, originally owned by his brother. Though people know it’s a place to bring higher end stuff, the shop is struggling. In walks Elle. Society girl Elle has no reason to ever be on this side of the city, let alone in a pawn shop, but she wants a job. In fact, she insists on a job and won’t take no for an answer.

Turns out, this society girl knew a thing or two about running the store and pricing the higher end products. (She also had an awesome tip about cleaning glass with a coffee filter). There was an instant attraction between the two, but Con knew she was off limits being a society girl trying to piss off her parents and being his brother’s wife’s BFF. Plus, under his tattooed, bad boy image, Lord was a gentleman and an all-around good guy.

“Lord was strong, but not overpowering. He’d lead, but not force. He was the kind of man I hadn’t even known existed, and one I couldn’t imagine not having.”

Elle doesn’t do relationships. She doesn’t ever want to depend on or need a man like her mother did with her father then her stepfather. But she wanted Lord in her bed.

“I’m the kind of girl who does the chasing herself. I see what I want, and I get it.”

But Lord wouldn’t be caught the way she wanted. He wanted more than just a quick roll in the hay, and he set about winning her.

“The moment my lips touched hers, I knew I’d made a huge fucking mistake, one taste would never be enough”

There was lots of action and intrigue going on the story as well. We have Rix, the local gangster who wants Elle, and we have people that both Lord and Elle have argued with recently being murdered. Is someone trying to set them up?

My favorite thing about the story was the characters though. I loved how Lord was totally alpha protective and possessive, but gave Elle everything she needed to never feel owned or bossed. And I loved how Elle was sassy and spirited and went after what she wanted. Together, I loved their banter and chemistry.

The Beneath Series is great for people who love alpha bad guys who take care of their women. Beneath These Chains, the third in the series, may be my favorite so far. I loved how the opposites attracted and there was very little relationship drama once they decided they were together, but the drama came from external forces. The mystery that played out from the beginning was a great part of the story, and there was a twist I never expected. Usually I don’t like stories with wealthy society girls that much, but I love how all of Meghan’s girls have been tough and down-to earth. Sebastian York with a slight NOLA accent, and Andi Arndt did an amazing job with the narration and I think they made it even better than if you just read it. I can’t wait to grab the next in the Beneath Series!

Purchase Beneath These Chains by Meghan March

A box set of the first 3 books is available 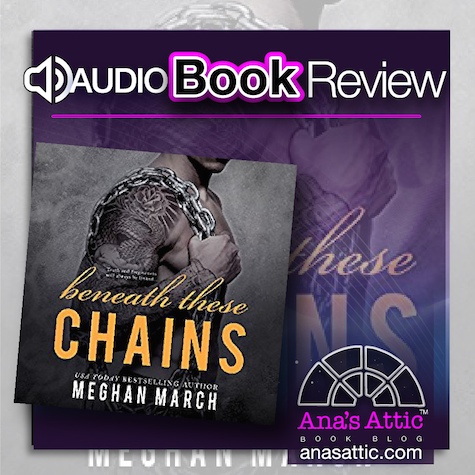