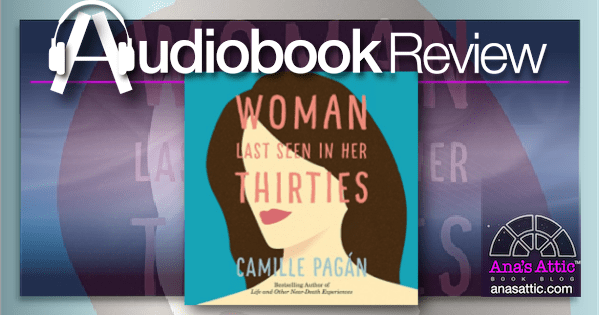 Woman Last Seen in Her Thirties by Camille Pagán

Womens Fiction with Some Romance. Standalone.

I grabbed Woman Last Seen in Her Thirties by Camille Pagán with my Kindle Unlimited membership because the audio was included. Within the first 10 minutes of listening, I teared up, because Maggie was me.

Maggie is 53. Her kids are grown and moved out, she works part-time as a bookkeeper, and she’s been married for 28 years, thinking she had a happy marriage. Until she is blindsided by her husband wanting a divorce because he’s met someone else.

“Ladies and gentlemen, the Amazing Invisible Woman has finally been spotted! I must admit I was wearing the costume: black shirt, black pants, and bare face mapped with fine lines. And to think I had been waltzing around oblivious to my own superpower all this time.”

Since I’m 54, always wear all black, and just got divorced after 29 years, I was really hoping this would feel empowering. But for most of the book, I felt more sorry for her. Maggie blamed herself, and at first, she was a little pathetic, wishing he’d come back. But then as she traveled and moved, she began to find herself again.

I love that she wasn’t immediately happy. That everything wasn’t perfect. I really liked watching her get stronger on her own, with some very real backsliding.

“When you think you are bypassing heartache, all you’re really doing is borrowing happiness from another day.”

But Woman Last Seen in Her Thirties felt very generic. You basically know the story from the title. There were no surprises, no twists and turns. It was just average. The blurb calls it “hilarious and hopeful”. I can think of maybe one funny moment, and for a lot of the time, it felt a little hopeless.

All in all, if you are a middle-aged woman who is recently divorced, I think you might enjoy this for the relatability, I did enjoy it. But there is nothing that stands out, and if I didn’t review it quickly, I wouldn’t have remembered it.

Amy McFadden was fabulous for this part, and I think she made the story better with her narration.

Purchase Woman Last Seen in Her Thirties by Camille Pagan 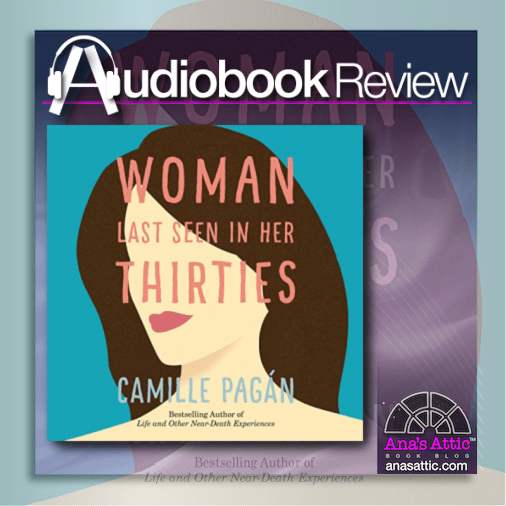