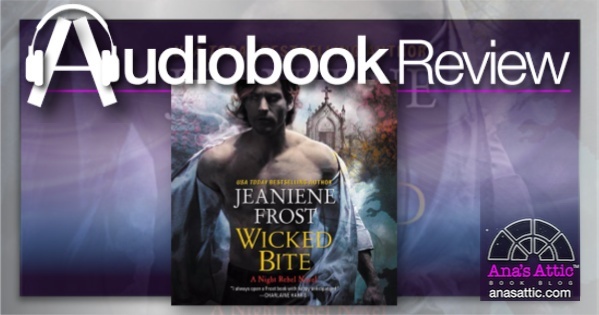 Paranormal/Urban Fantasy. Does not stand alone.

Hands down, Jeaniene Frost is my favorite paranormal author, and Ian is my favorite vampire ever. This is the second of Ian’s books, the first was Shades of Wicked, which I re-read via audible this time before listening to Wicked Bite and loved even more than when I read it the first time. 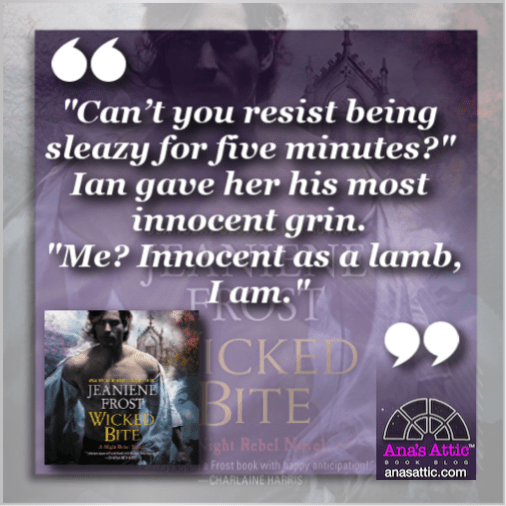 To fully appreciate all that is the Night Rebel series, I feel you absolutely must start at the beginning of the Night Huntress series with Halfway to the Grave. This series is sexy, fun and exciting. The original series follows Cat & Bones, but there have been some spin-off books and series. The Night Prince series was one, and I was a little bit disappointed with that series so I was worried that Ian’s series might not live up to my expectations. I WAS WRONG.

I’m having a problem at the moment.”
“Does that problem have eyes that shoot silver beams while darkness billows behind her like a cape?” He grinned. “Made me rock hard seeing it.”
He was aroused by my supernaturally sociopathic other half?
“Fuck. You,” I bit out.
He nodded. “Solid plan.”

God I love Ian! He may have lost something, but his bond with Veritas is stronger. This is one book where I don’t really care that it ended on a cliffhanger, because I can’t wait to read it again before the next comes out, and that just means we get MORE!!!!

“All I felt was how tightly he held me, how his power sparked against my skin, and how he kissed me with delicate savageness, as if he sensed my turmoil and sought to turn it into raw need instead.”

One thing holds true on all of Jeaniene Frost’s books. You can not stop reading. They are one-sitting reads for sure, and Wicked Bite is no exception. I just can’t get enough of Ian! 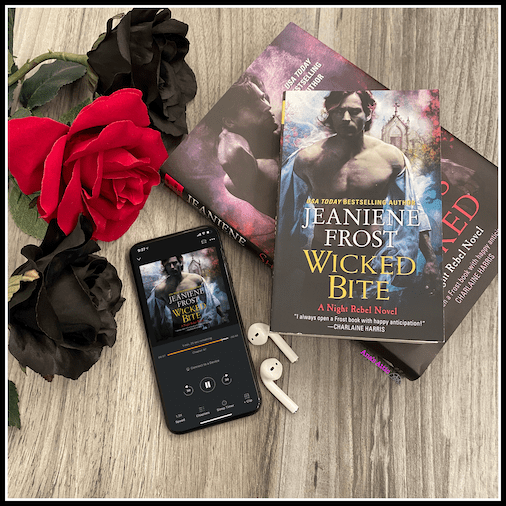 “Clever, calculating, and cruel.” Ian’s voice dropped to an insinuating purr. “No wonder I married you.”

I love Tavia Gilbert in this series. I think she is fantastic at portraying each of the characters’ nuances and accents and you never wonder which character is speaking.

Wicked Bite was such a fun ride! While I didn’t love it quite as much as Shades of Wicked, I still completely enjoyed every word. It was just a little bit busy and sometimes, toward the end I felt a little lost. There were some plot points that didn’t always serve to move the story forward, then a whole surprising new storyline that popped up at the end. Still, Ian filled the book with snarky humor, and I can’t wait to listen again before Wicked All Night releases.

See my review of Shades of Wicked 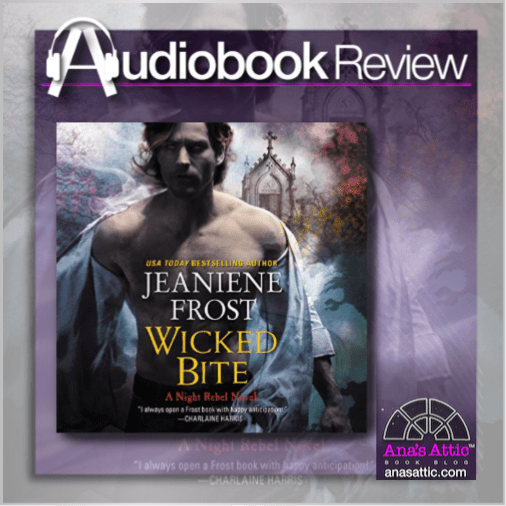